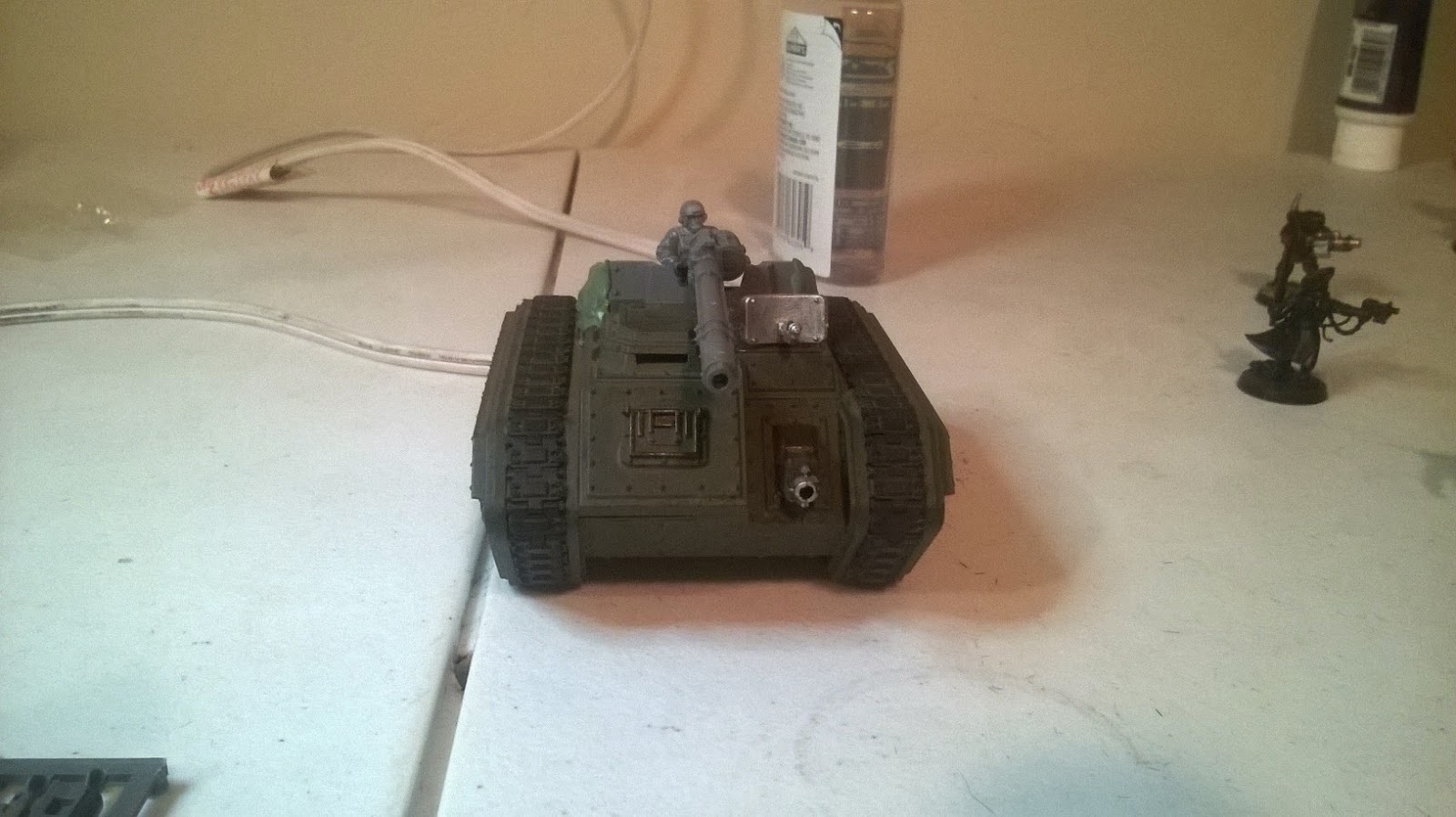 Inspired by my latest round of Forge World posts, I got into some kit bashing and converting.  Sadly the salamander is no longer available through FW.  Maybe it will return, but its not too hard to convert one.  You just need a Chimera based chassis that has the back half open, and autocannon, and something for armor plating.  As a warning this is rough and was more of a proof of concept rather than meant to be a finished model.  Also supplies were limited.

I had a manticore based hull that I have used as a hydra by magnetizing a quad gun into the back.  Not the most ingenious conversion but it worked.  Since I really don't use it any more and I want to get the newer hydra kit as a like it, I took it as an opportunity to make a salamander. 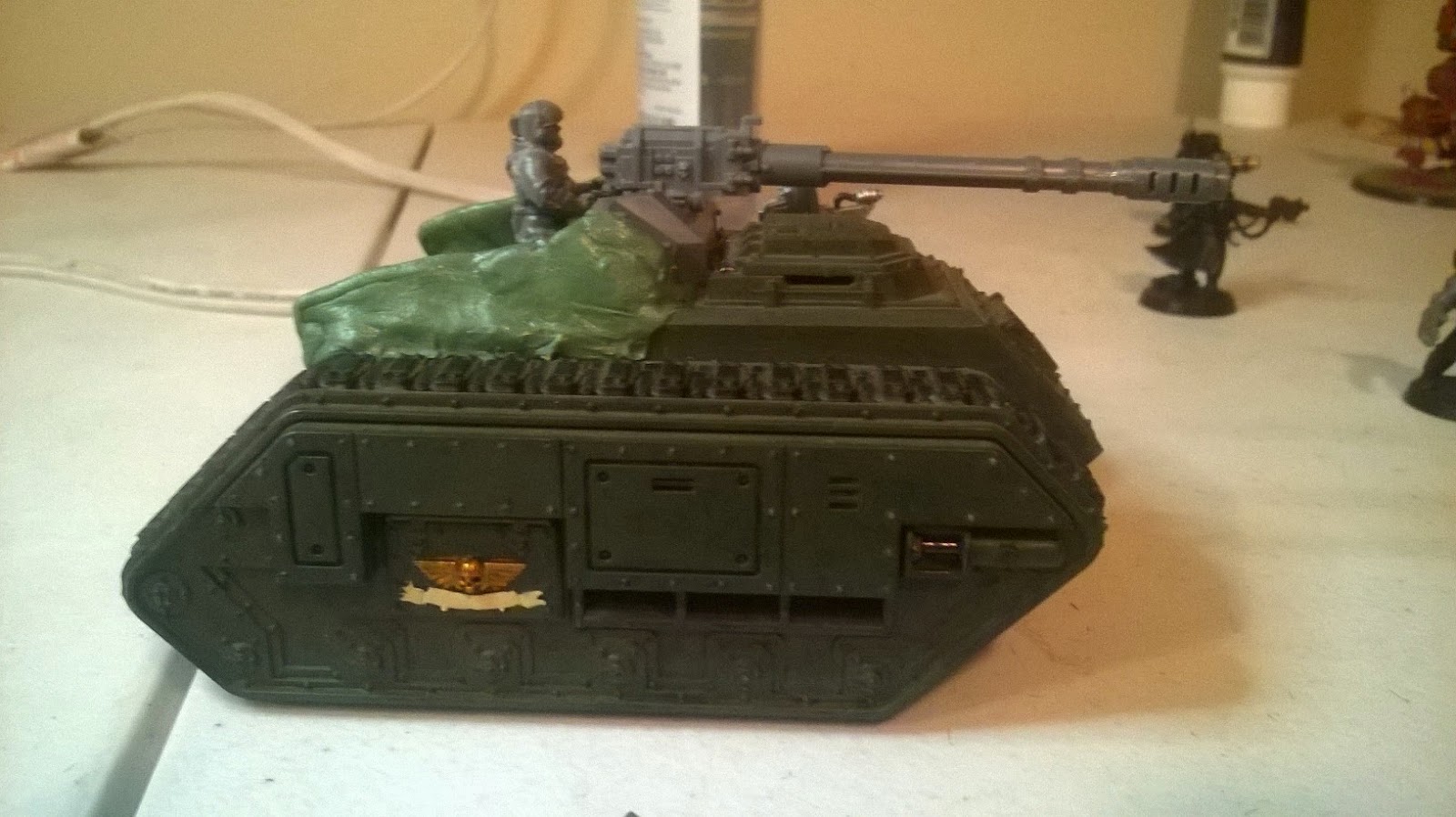 I had a barrel from the hydra kit (I made wyverns) lying around so I grabbed that, chopped up a heavy flamer for a sentinel (its all I had) and glued those together.  I had the storm lord heavy stubber pieces that come with raised armor plating which I use as the front of the compartment and as a mount for the autocannon.  I had one of my broken valkyrie gunner lying around so used that as the crew manning the gun.  Then lots of green stuff.  I recommend plasticard here, will turn out a lot better.  Green stuff is fine, and I'll be doing a  lot more work to get it to look a lot more like armor and when its finished it'll look ok, won't win any contests but hey thats what you get when all you have is random shit and green stuff. 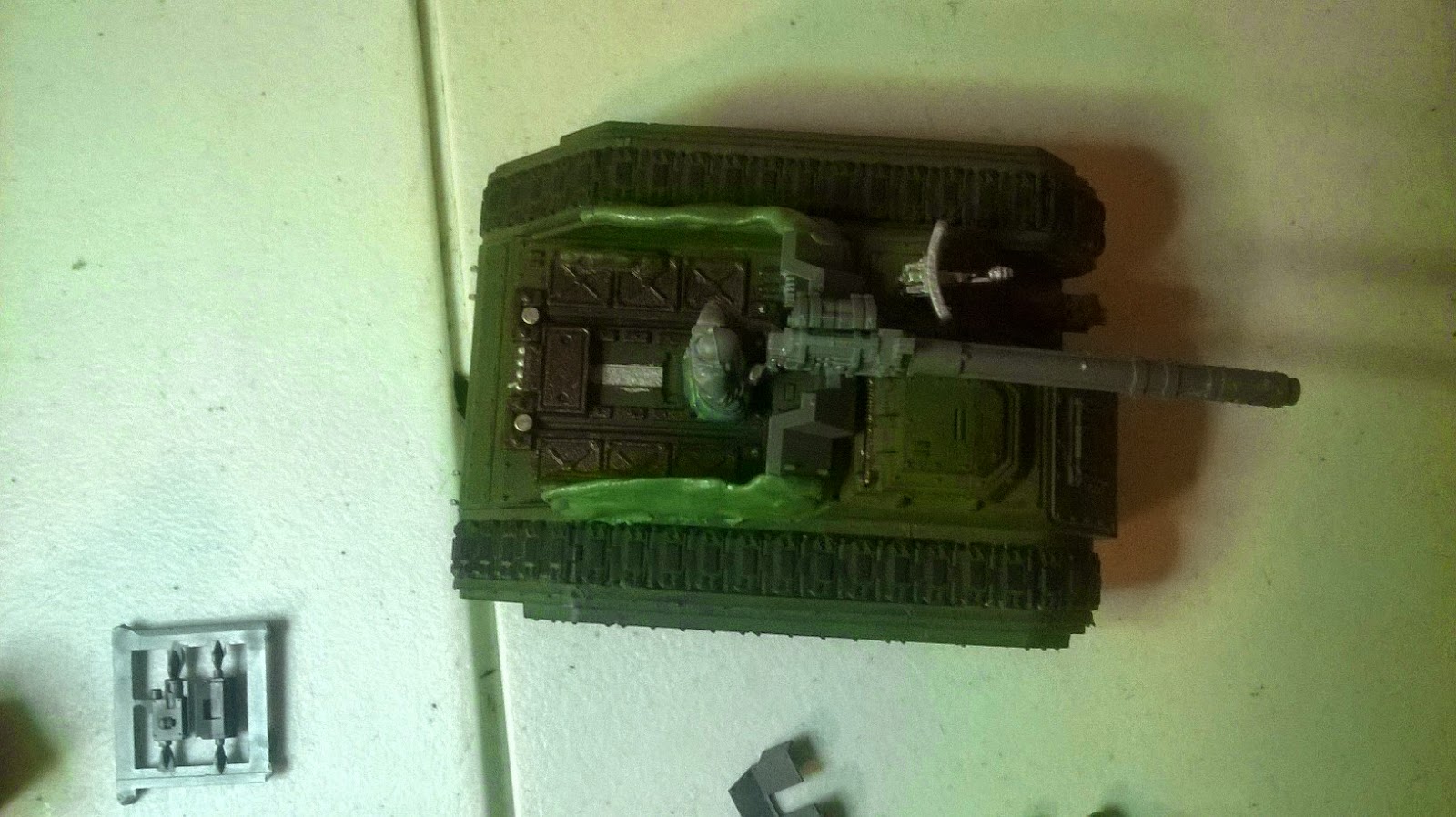 Would def have preferred a normal autocannon here, an IG heavy weapons team auto cannon would be perfect for this.  But I have a functional salamander to play with now with some random crap thrown together with no planning or prep.  With planning and prep you can make a really nice looking salamander.

Hulls that will work best are the manticore, basilisk, and hydra/wyvern.  Till I test all three can't say which is better, but each will work.  I definitely recommend plasticard.  You can do green stuff, but its a lot more work and is tough to get the look of armor plating.  You can do it though.  We'll see how mine turns out once its finessed.

In other news, Jayden from the Imperial Patrol found this little gem.  All credit goes to him, I just want to share. 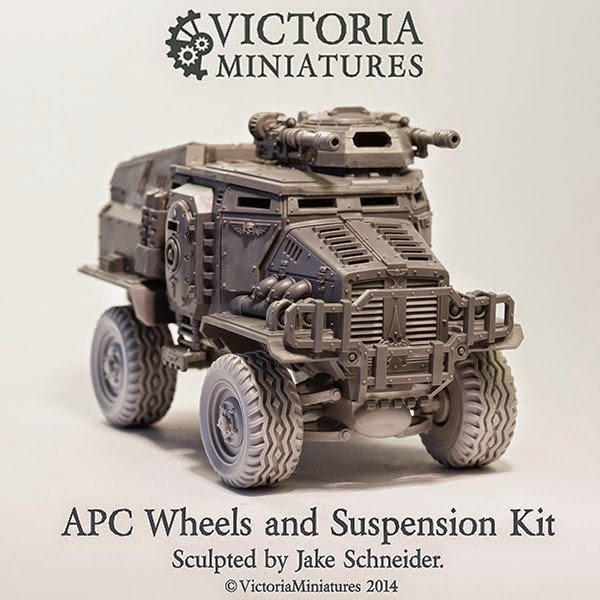 This is hands down my favorite conversion option for the Taurox that I have seen.  I really haven't liked most of the half track conversions and the wheeled ones mostly aren't proportioned right either.  This just nails it.  I think I may be converting my whole taurox fleet now :(.  If you are looking for a taurox conversion, this is hands down my favorite that I have seen.  Head over to the Imperial patrol for more info.

Hope this gives you some ideas and please share your own.


Posted by Grumpy Guardsman at 8:24 PM