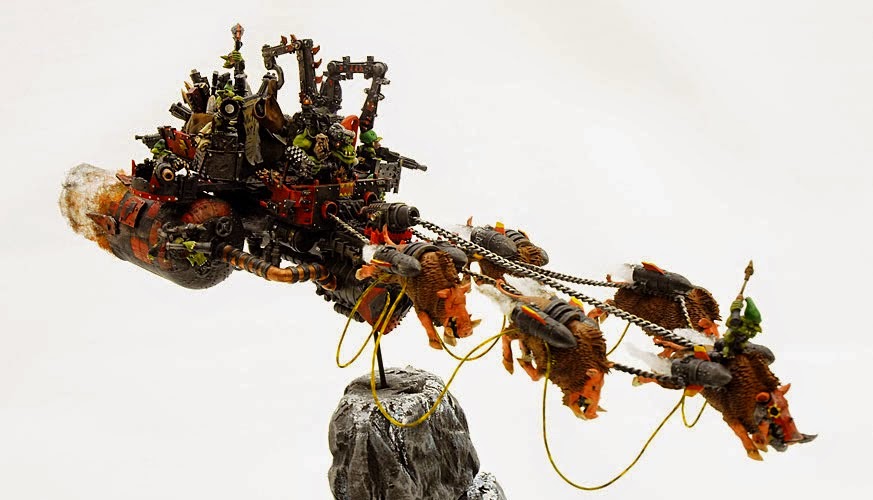 Whoo, been gone a while.  Holidays are great but man are they busy.  Lots of travel and time with family, but its good to be home and with some spare time again.  And lucky for me I got a great 40k christmas gift in the form of 6 bullgryns and the Space Wolf codex!  I think I have some motivation to play some games again so hopefully I can get some models done this week and play a game by next weekend.  There are some things I want to try.

Namely I want to use my bullgryns, and make them tougher.  With that in mind I will be figuring out how to model a wolf priest, as they have a 6+ FnP, not amazing but really not a whole lot worse than a standard 5+ FnP and better than nothing.  Plus this gives the unit fearless and other things as well as a decent combat character.

My space wolf force is small with one squad of grey hunters and one blood claws, with a bunch of wolf scouts and a few other odds and ends, rune priest and dread etc.  Nothing crazy nor optimized, but enough to run with my IG.  I want to try throwing demo squads in drop pods, which luckily I have enough now so will prob run a primary space wolf detachment to get the most out of FA drop pods, and ally in the IG as that is more than enough to still get what I need.

Will be fun to try news things out and see how they work.  I do think the new BA would work a little better at making the bullgryns tougher, but I don't have them and have SW, so thats what I am going to go for and worst comes to worst, they at least have a 6+ FnP vs a 5+.  My experience with them so far has been good and this will make them quite  a bit tougher.