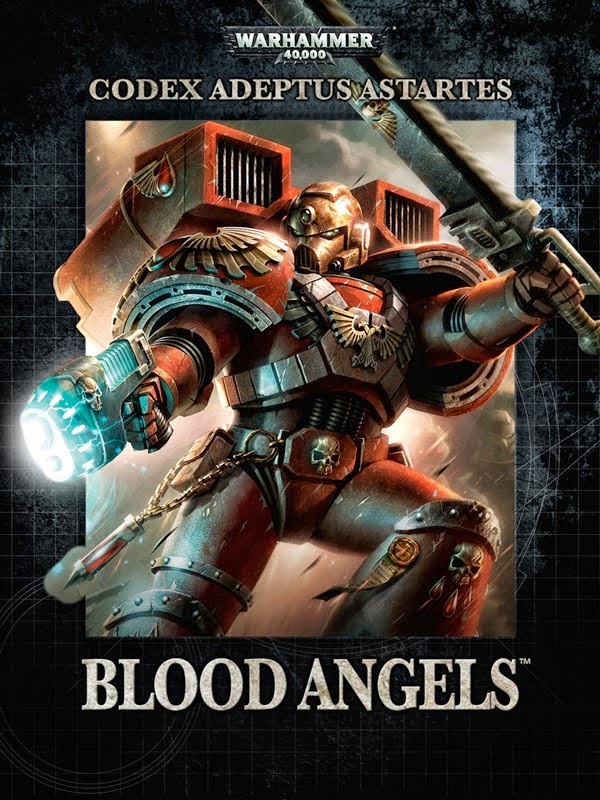 Well life has been busy, so posting has been tough lately.  Honestly the hardest part is lack of time/motivation to play 40k right now.  Its that time of year where work and family combine to make it hard to do a whole lot else.  Plus I have a lot of things on my wish list that I want to try out and till I get them its been hard to get really interested in playing.  Its just a slow time of year and I'm going through one of my 40k lulls for a bit till I get more motivated.  In other news I have divined the future and have a prediction.

Blood angels are going to suck!  At least  that is what the internet is going to squeal to the gods once it comes out.  And in truth it won't suck, it'll be good, solid, some of the fluffier things will be minimized, but otherwise it will be a codex that can play and compete but won't just dominate the top.  It'll be more flexible than initially thought and after a while it will start to show its strengths.  Its the new way of things.  Most of the codexs out now are doing solid and well, but not just coming out of the gates rocking and rolling.  There are still some stinkier codex's, but look at how things have changed for nids, they are solid if not great.  The newer codexs just require better generalship, simple list hammer is not enough.

Now I am excited, as I think there are some potentially good options for IG.  Sanguinary priests could be really great, especially for Bullgryns.  These guys are pretty solid already, but with FnP they become brutally tough to kill outside of S10 weapons.  Using them with the rampart detachment you'll have some really tough bullgryns that aren't running away and having FnP gives them a lot of staying power.  Plus the bonuses that Bullgryns give to your army.

depending on how these come out, you could almost make a deathstar with them.  Not an amazing one as what makes deathstars really great is their toughness AND mobility, which bullgryns will never really have, unless you get something like gate of infinity.  But you will get a super tough unit that provides bonuses to your army and will deal a lot of damage.

I'm excited to see what options are available because I really want to run some bullgryns.  In any case, I don't see blood angels being bad, just not the power house that people want.