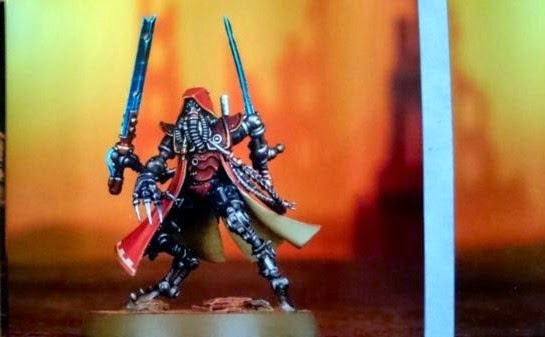 So the next models are leaked, another dual kit and these guys are CC specialists.  Don't have full rules yet, but initial thought is that they should be ok.  The rust stalkers and sicarian infiltrators are the two units, both though are CC focused.

Since no real good unit rules leaks have come yet, what has been rumored is both are 2 wounds with increased stats, though not confirmed if toughness is 4.  Their armor gives them a 4+ and 6++, plus they have FnP.  The infiltrators have, surprise, infiltrate and stealth and have cc weapons and pistol options, one of which is a S2 5 shot Shred gun, which is not as bad as it sounds.

The transonic weapons sound pretty darn good, on the first round of combat they auto wound on to wound roll of 6 and AP 2, subsequent rounds they are always ap2.  The ruststalkers only have grenades for shooting, which are haywire and always wound on a 4, so not horrible.

Overall will have to see the whole package, but the weapons all look to be good and as long as they are not too expensive, they should be quite viable.  They both do have the dunstrider rule, making them extremely fast infantry.

weapons are gear pics below. 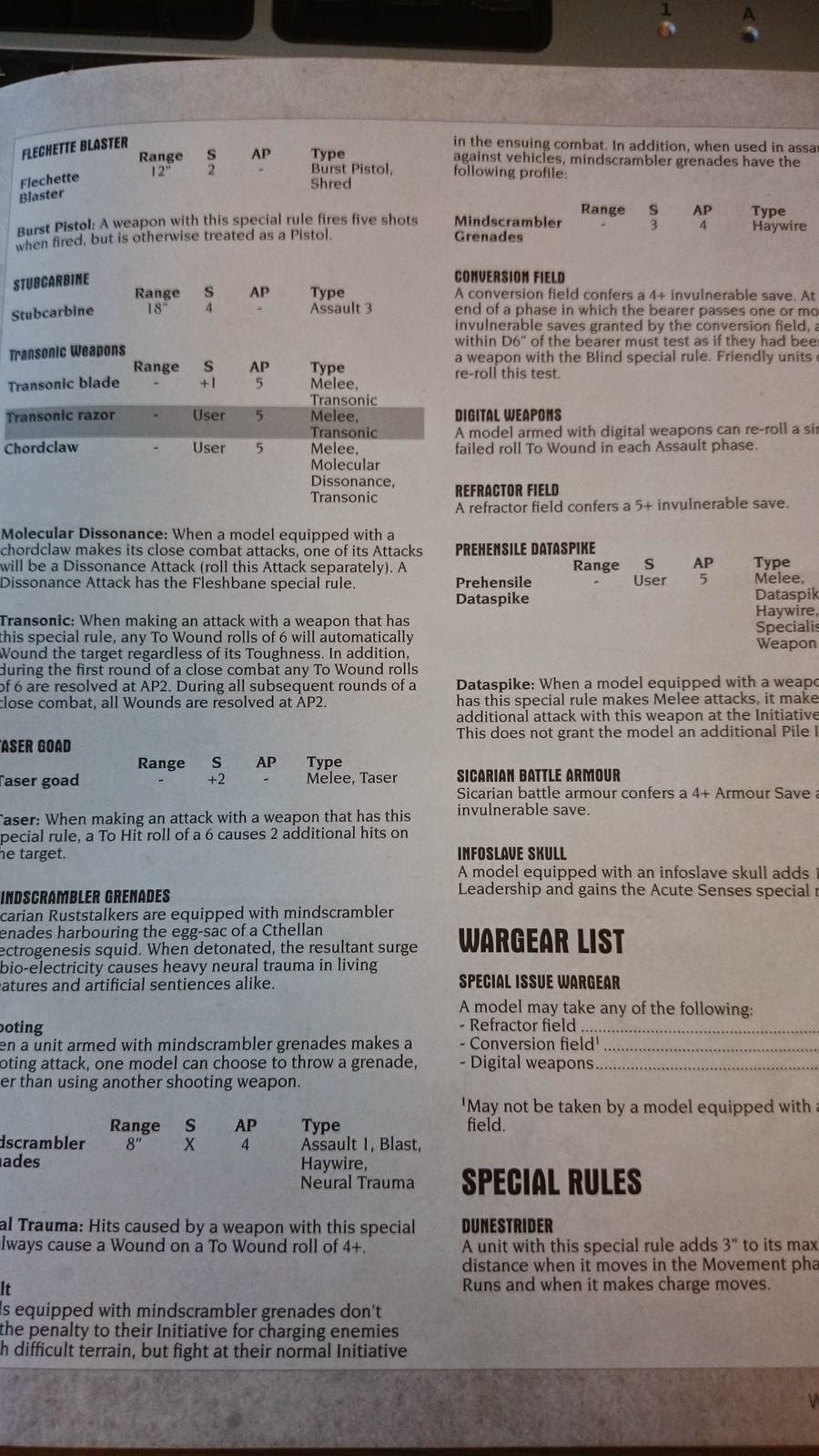 Again I am surprised at how good this release is looking, nothing is really a stinker and unless the above are way to pricey, they look to be quite good cc units with pluses and minuses to each to give you reason to take one over the other.