Having a Hobby, a Life, and a Wife 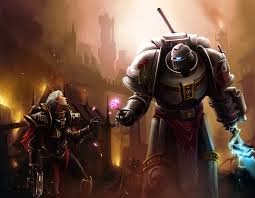 If you can't tell by the post title, this is going to be a step back from the hobby and be a little run down about how the hobby can affect life in general and how it can compete with the other priorities in life.  Make no mistake, if you are not married, this does not mean you are excluded, its just my point of view since I am married.  It is important to take a look at the effect the hobby can have on your life in general because it can be too easy to become so focused on the hobby that you can neglect other parts of your life, and the people in it.  We talk so much about the hobby that the things that the hobby also affects are often forgotten about.

For me I have always struggled to find balance, it really is hard sometimes to spend time with my wife, deal with life's responsibilities, and enjoy my hobby.  I have a selective obsessive personality (self diagnosed :p), so I become obsessively focused on one thing for a time, then something else comes along later and I become obsessed with that.  Generally this means I'll bounce between playing lots of video games, doing 40k, reading, and a myriad of other things.  Point is it can be really hard to reign myself in at times.

No matter where you are in life, 40K, or wargaming in general, it's a fun but time consuming hobby.  We all still have some responsibilities as well as family and friends that can clash with that hobby.  So how do we deal with that?  Well it honestly depends where you are in life and how much time and money you have.  If you are seeing someone or married, that adds a whole new layer to that equation.

I have certainly rode a roller coaster of trying to balance things out, and with blogging especially this has been difficult.  I am very lucky to have a loving wife that supports me and is open to me being in the hobby.  It was no secret when we started dating that I played, but at the same time I hardly had them on display either.  When I started blogging, this added a whole new layer to the hobby and time it took.  I worked and played and then blogged and for a time I was far too consumed with it to really do the quality things couples do.

As you can imagine, the wife was not pleased, and we have certainly had arguments over it in our attempt at balancing our time.  And make no mistake, I was the one spending far too much time in the hobby, this was not the stereotypical case of naggin wife.  But it was hard, especially as the blog started to grow, I chased those numbers.  It can be addicting and enticing.  Those numbers are the validation that what you are doing is good, the more numbers the better.  I set arbitrary goals to get too.  Which is silly, does it really matter if I get 400 or 500 views a day, no it doesn't.  But in my silly head which likes numbers to by 5 (for example, I will gladly pay a higher tip to round the check out to $25, rather than it be 24.33) that 500 was IMPORTANT.  So obviously that meant I needed to blog more, and in order to blog more I needed to play more and read more in order to have things to blog about.

Its an addicting cycle that feeds itself, especially if other things are not giving you that rewarding feeling.  At the time, work sucked, a lot.  So 40k was my escape and with the blog, it was validation that I was doing well, at least somewhere.  Well, as you can imagine, the wife actually wanted to spend time with me, and you know I had other things to do besides work and play 40k.  Shocker I know. The point of this is not to say you have to choose between playing 40k or having a life, far from it.  The point is that it can be too easy to get so focused on the hobby that you have blinders to everything else around you.

How did this get resolved, well obviously there were arguments when I was a stubborn ass, work got better, and I let go a little bit.  The key was simply talking about things with friends that were pushing to play, and my wife who wanted to you know, go on a date or something, and finding a balance.  As I have blogged more, I have gotten faster at writing up posts, so I spend less time holed up in my room on the computer.  That helps, plus finding times to write little bits at work, usually during lunch or in the morning before things get started help.  And the big thing that helped was not trying to blog when I didn't have the time to do it.  Last month was a busy month to say the least, and you can probably tell by the number of posts and quality of them.  It was hard to blog, so did less and if I did not have time to, I didn't.  The same went for gaming in general, if I didn't have time to game I just didn't.  I have pretty much given up role playing for the foreseeable future, why?  Well I would rather blog and play 40k.  I dint have time for everything, so in the order of importance, role playing was on the bottom. It may not be for you, but for me it was, so I dropped it.

It can be hard, because you can feel an almost obligation to do posts, to provide content that people enjoy.  However when it came to the point of causing stress and not enjoyment, that where I had the self realization that what I was doing was not helping me.  Having that moment, I have been able to adjust my hobby time and blogging time along with it far more easily.  Getting to the point of being able to adjust my time investment based on everything else is really key.

For those of you out there that are thinking about blogging especially, take this advice to heart.  Don't become obsessed over the numbers.  Don't get me wrong, I can still check my blog numbers hourly some days, seeing how many have visited.  But I am not as invested in it as much as I once was.  So don't fall in to that trap.  Also just be aware if you are having fun or not.  Blogging is a hobby, unless someone is paying you to do it (If so tell me who!!!), and hobbies by their very nature are fun.  So if you are not having fun blogging, or the hobby in general, stop take a break and come back later.  It will still be there.

If you are at a part in your life where your responsibilities are minimal, whether its because you don't have a family or your going to school or whatever, and you are able to spend more of your time and money on the hobby, awesome.  You too can still become too focused on it that you neglect the other things that are important.  If you are a kid and still living with your parents, well enjoy that while you have someone to deal with most of your responsibilities, it does not last.  Life will get in the way and its ok.  Sometimes you have to take a break from the hobby from time to time.


The thing I always come back too, is are you having fun?  If not then what are you doing?  Are the people in your life having fun?  They should be.  This does not mean your girlfriend/boyfriend should enjoy playing space marines as much as you do, but simply that they shouldn't feel that they are competing with them for importance.  Obviously some people can have insecurities and that is a whole other issue, but you should not be giving that person the reason to feel they take second.

So you'll have to find a way to either involve that person or give them an option to do something that they like.  And yes that may mean you may have to suffer through listening in infinite detail to their hobby.  Guess what they listened to you explaining in intricate detail why the yellow marines were so not the same as the blue ones.  Deal.  Some are lucky enough that your partner loves 40k as much as you do, but that's not common.  For me and my wife, we both enjoy the painting aspect and that's where we are able to join in the hobby.  She is not really interested in the lore, nor the gaming aspect and probably will never be.  But she'll listen to me babble on about the history of Cadia etc.  And she has here own hobbies, so I try to humor her as well in listening to her passions and tagging along for those as well.  Sometimes that means we play board games when I would rather play kill team.

Find your balance and find a way to involve the people in your life, in a way that they are willing to be involved in it.  That may simply be just sharing your passion for the hobby or your painted models.  It could be letting them play some games.  Or it could be letting them have their own time to go off and spend with friends while you are gaming.  Don't force 40k onto anyone.

I guess the purpose of this post is to share the mistakes I have certainly made and hope that if you are going down that path can learn from mine.  Find a balance, and the best way to do that is to create a order of merit list, even if its a little fluid, and rank the things you want to do or need to do by importance.  You only have so much time in the day and things have to get done, even if that is homework.  Once you have a good list of importance, it makes it easier to make decisions and not feel like you are choosing between things.  Trust me, once I dropped Rping, I felt better, I wasn't stressed about trying to get ready for, paint models, do blog posts, and get a game in during the week.  I had more time.  I'll go back to it, but right now its just not that important to me.  I would rather paint my knight and play some 40k games.

So if you find your self torn between all things in life and 40k, take a step back and look at what is important to you and who is important to you.  Then go from there, and if you are not having fun, find out why and be honest with yourself as to why.  Because you should be having fun.