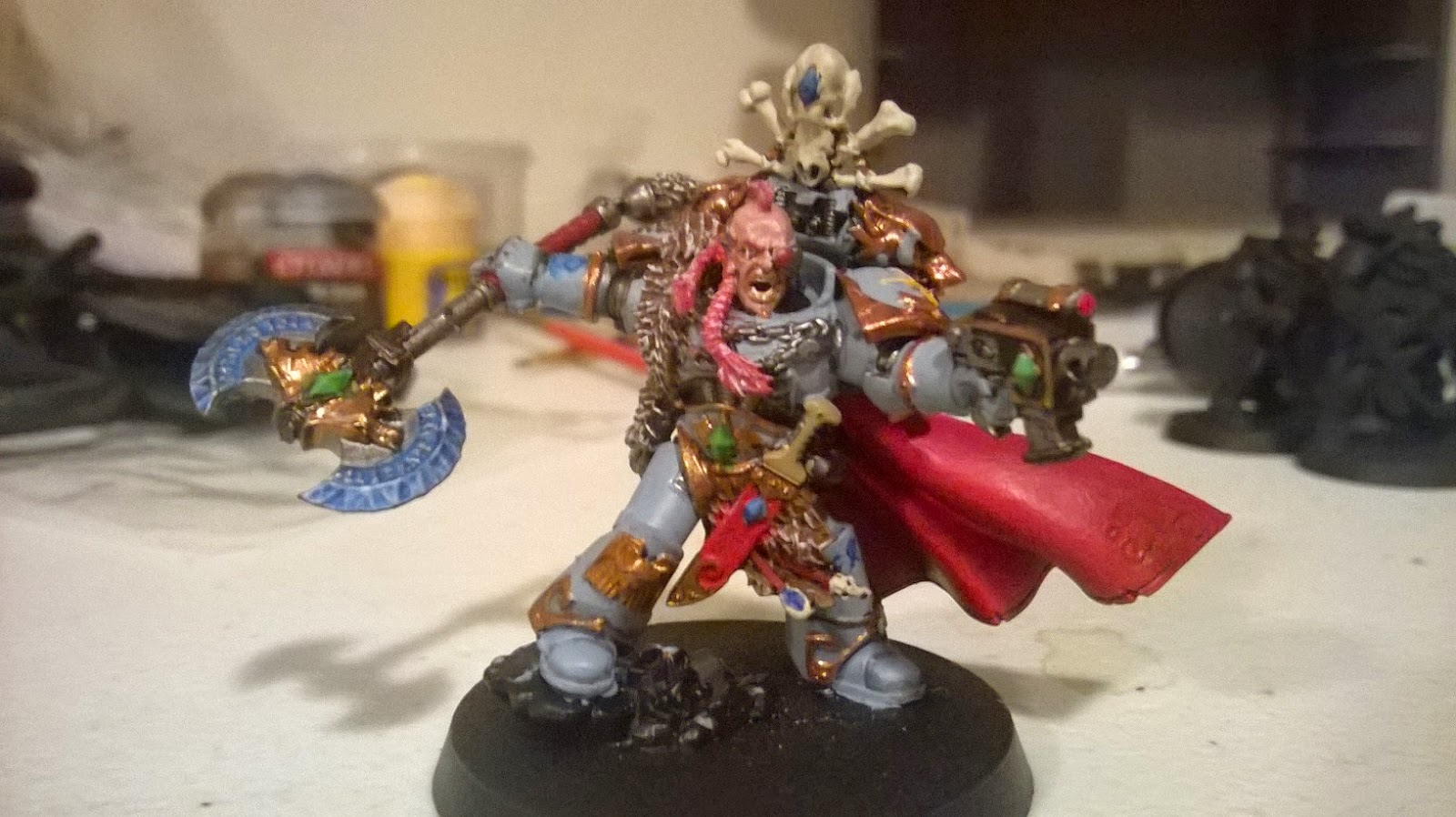 Alright so finally got another post.  I have been working on Krom Dragongaze, the space wolf special character from the sanctus reach campaign.  I love the model which is why I got it, plus he makes a great wolf lord/battle leader.  Kept with my armies theme and did a bit more final work, which I think shows in the face and in other areas.  There is def some more work to do but I really like his look so far. 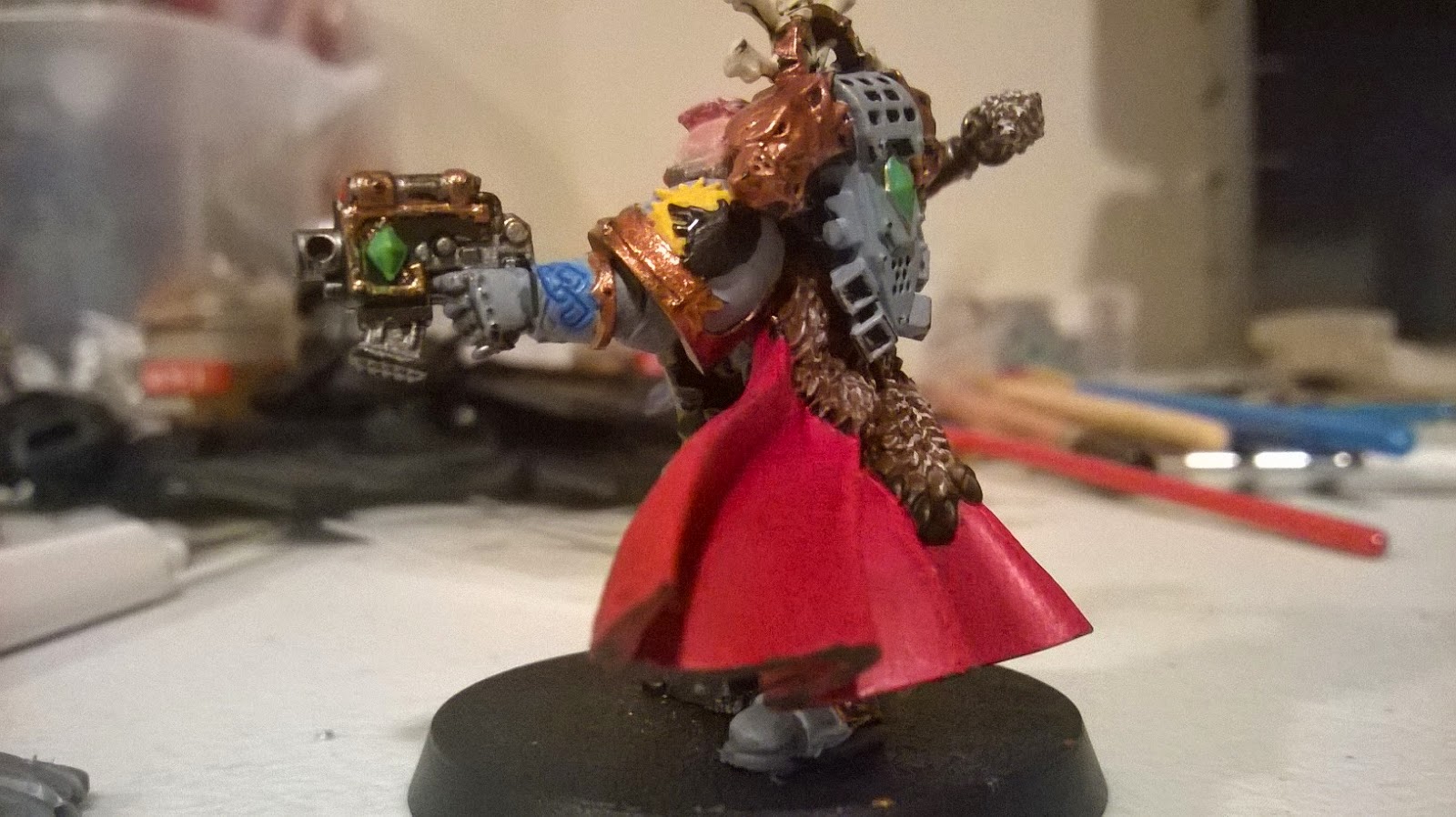 I used lothern blue and then the guilimans glaze for the "runic" parts on the armor, it fits into the recesses well and has a nice glowing effect. 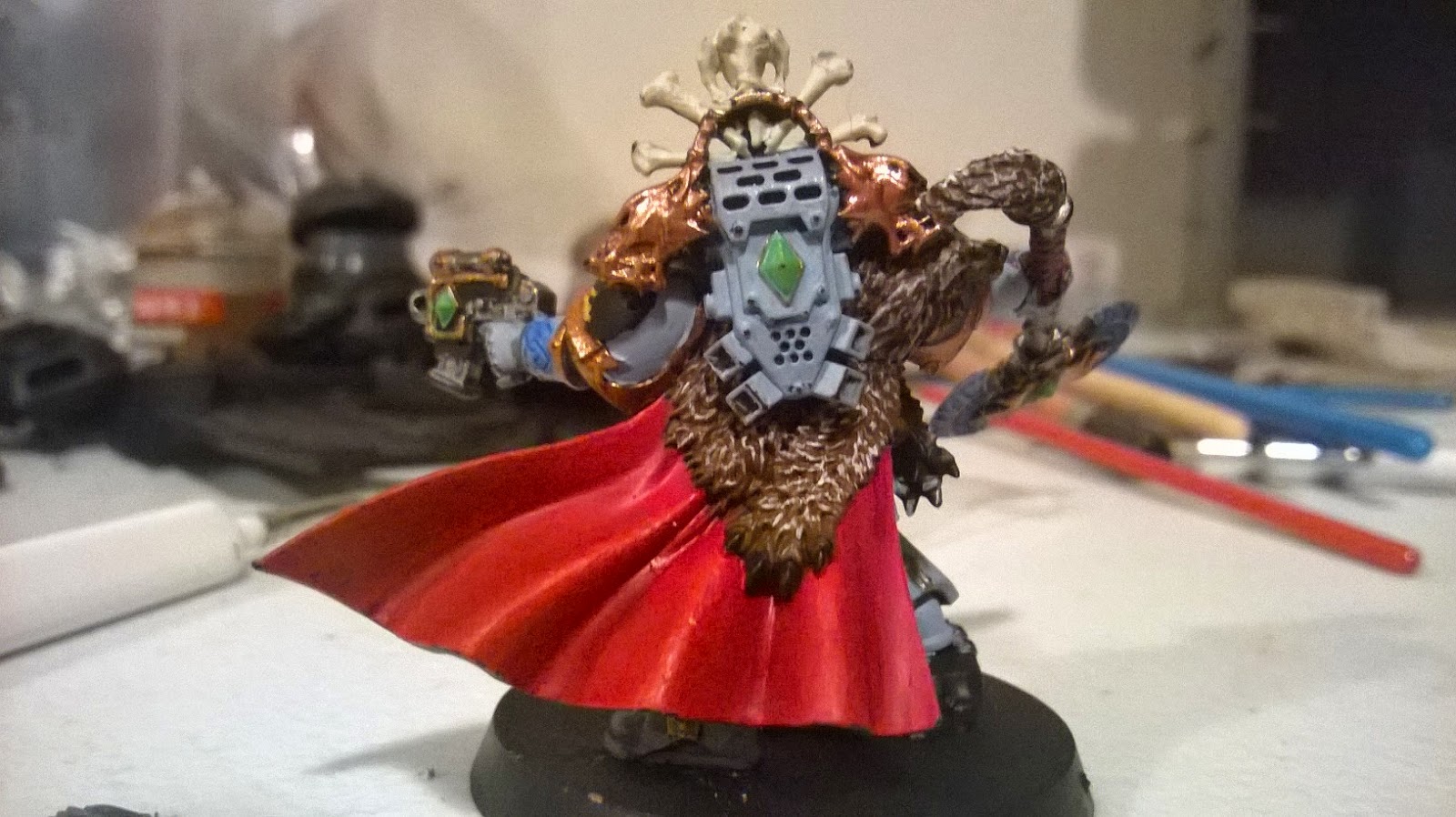 On the cape I did some minor highlights, using a medium red (wazdakka I think) for the main, then evil sunz red on the outer edges and raised bits, then khorne red in the recesses for some shading.  Turned out good, needs prob a few more runs to clean it up, but I don't do shading too much so I'm bleh at it. 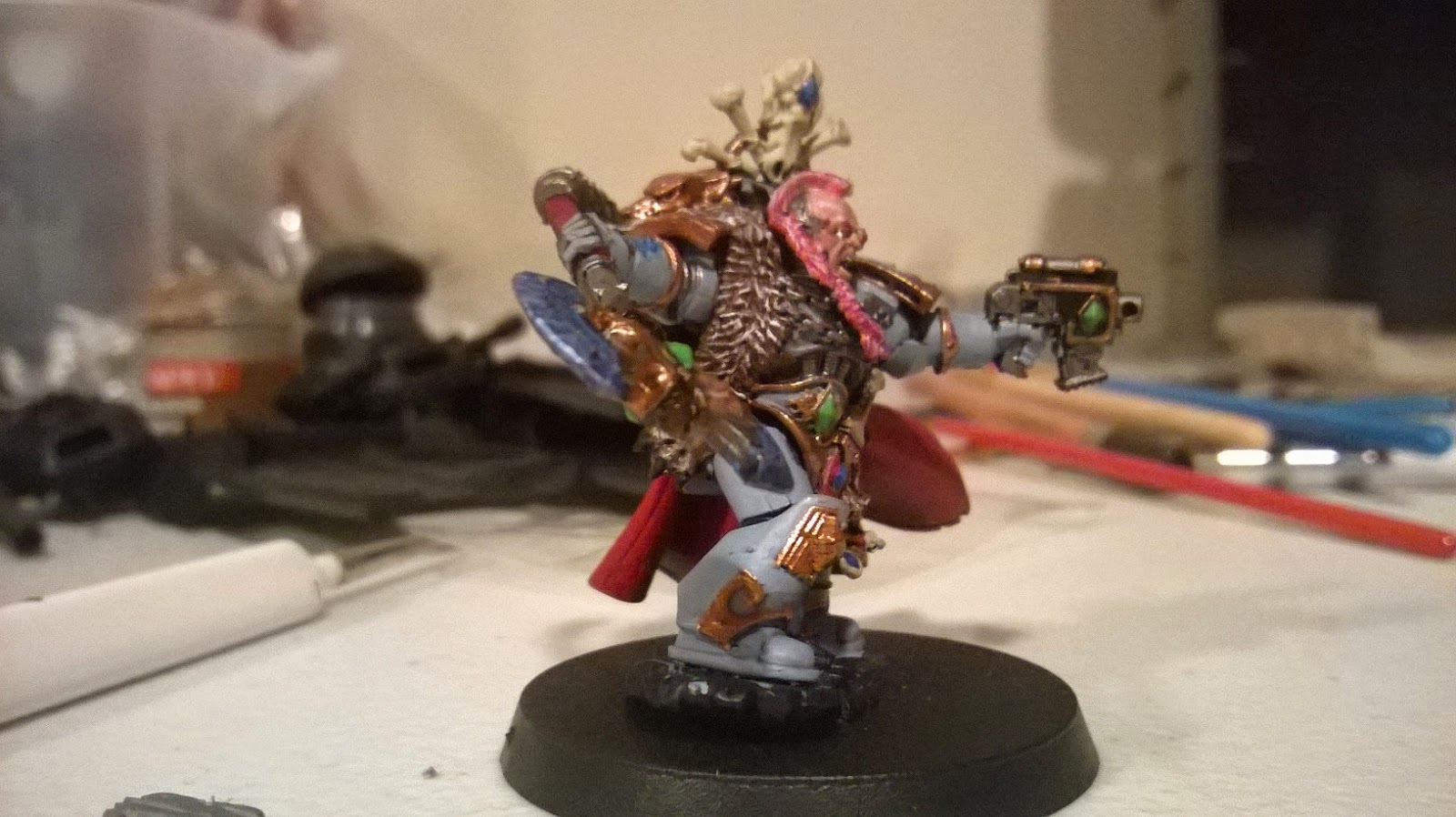 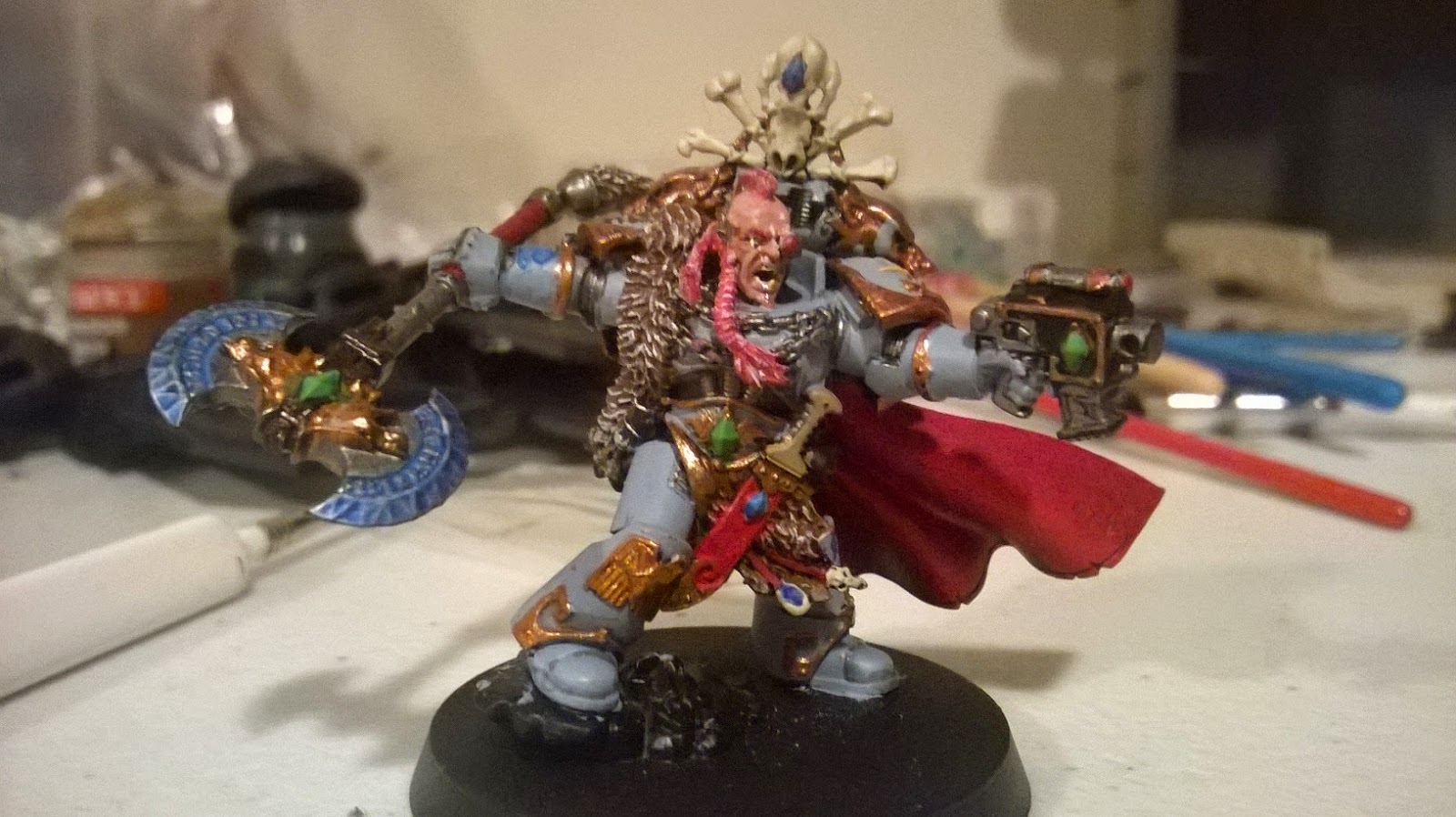 I still have the base to do, so its not done, but I can play with this guy and not feel bad about it. 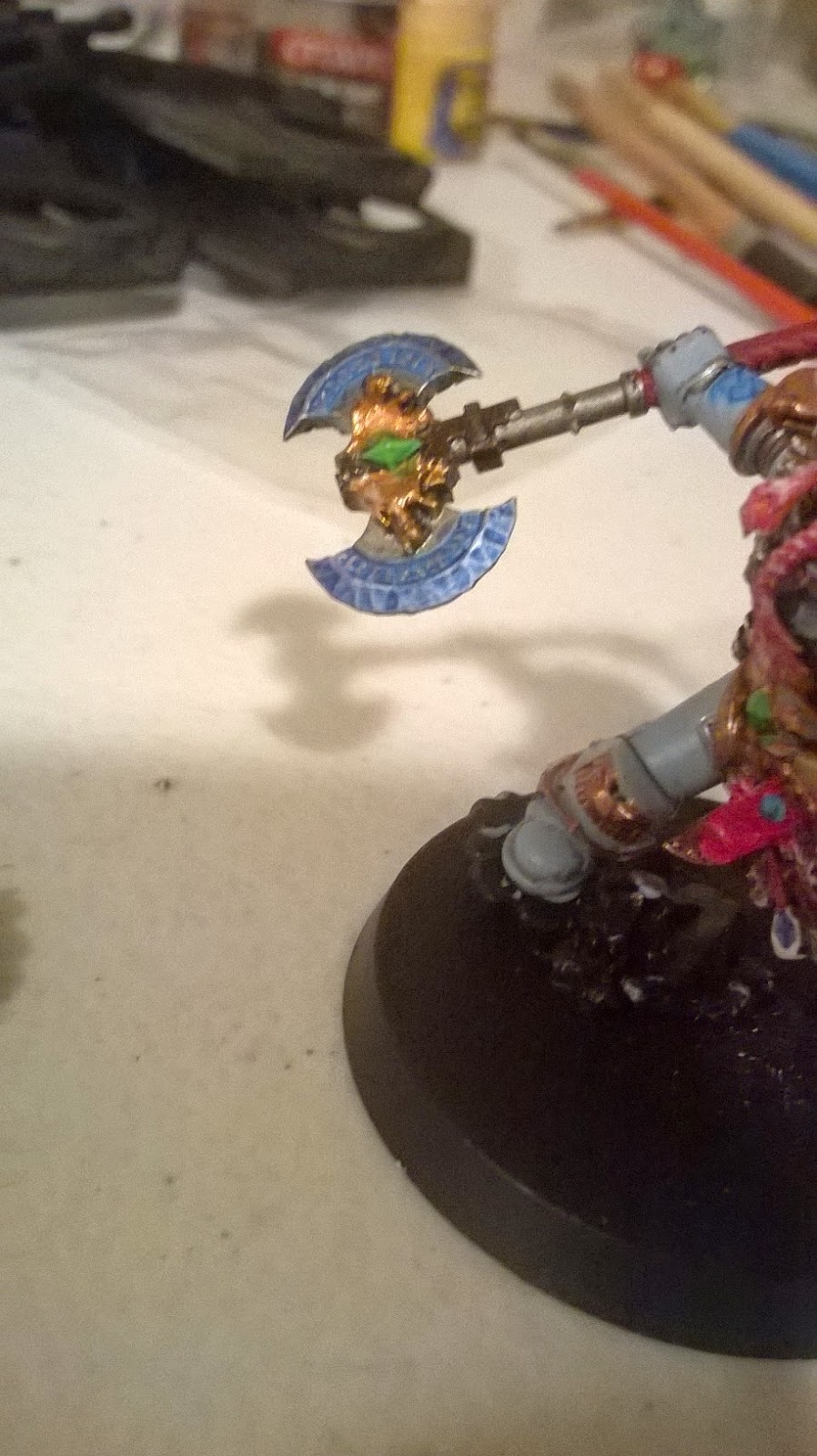 The axe turned out well, I used leadbeltcher as the base, then on the blade edges some old mithril silver I still have before the new paints (don't remember the new equivalent)  Then used guillimans blue glaze for the runes and the edge of the blade for the power weapon glow.  I do love the glazes and used the green on the gems all over him, though it needs a lot more washes to really bring it out.