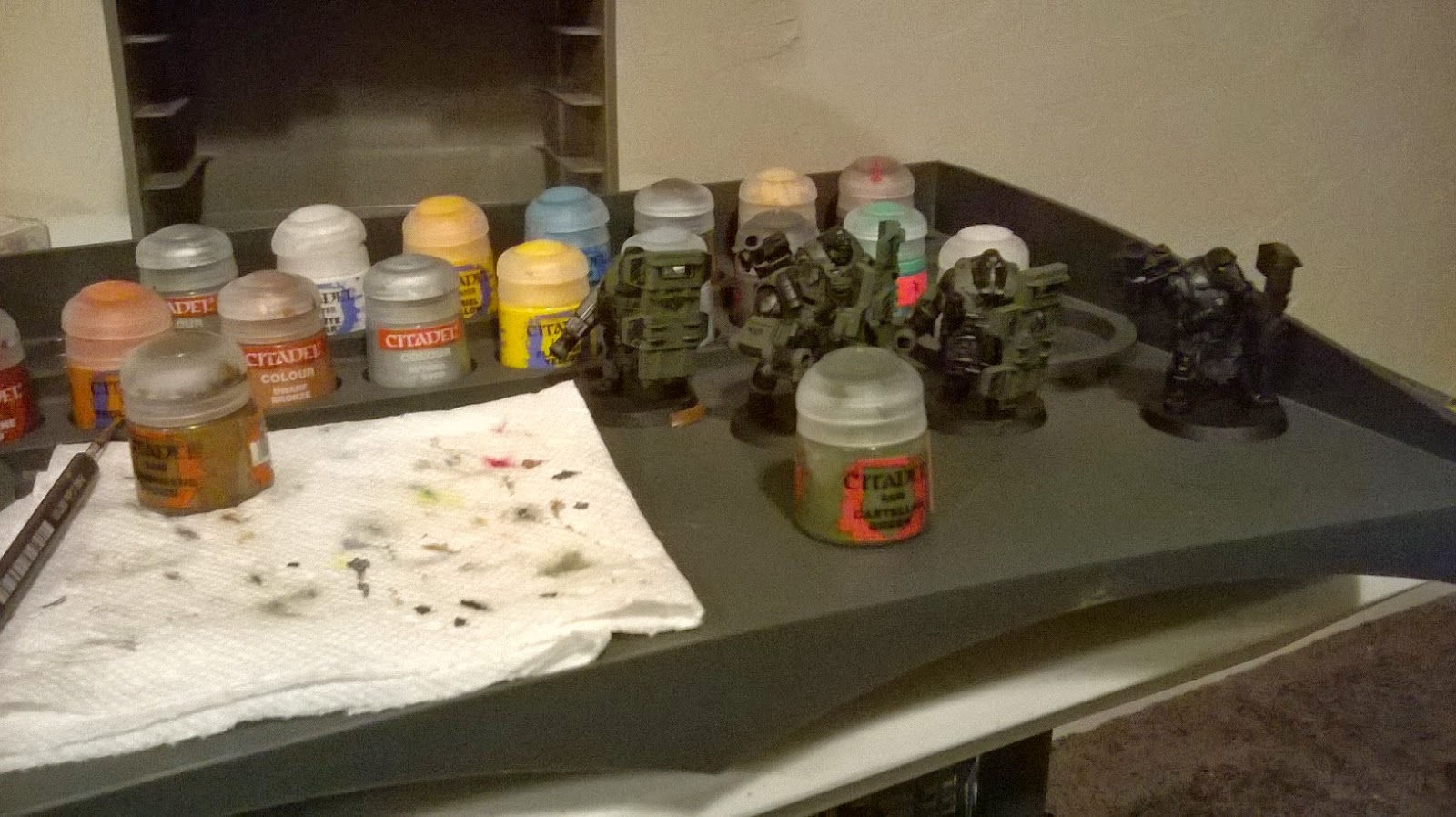 So I finally got motivated and got some hobby time this weekend.  I have a playdate next sunday, so have a new list to try and as such I have new and old models to paint.  Basically I am taking a force of Space Wolves and AM together.  I have six bullgryns who will have a wolf priest running with them for FnP (6+) and preferred enemy and fearless, and two demo squads in drop pods just for fun and to try it out.  Rest of the army is grey hunter squad, blood claws, rune priest, two infantry squads with ACs, a PCS with melta in a taurox, tank commander in exterminator, vendetta, wyvern.  Should be about it and covers most bases. 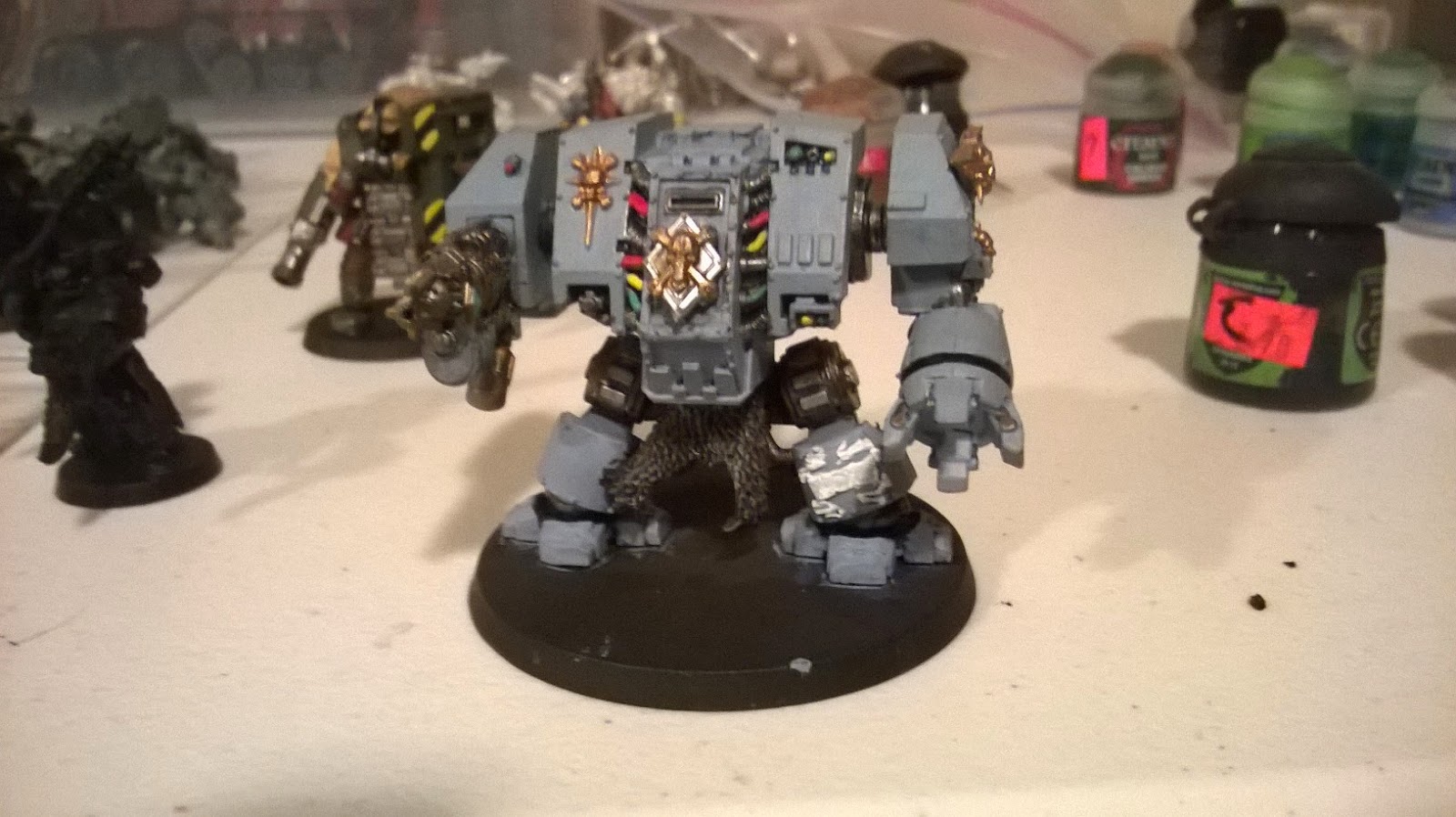 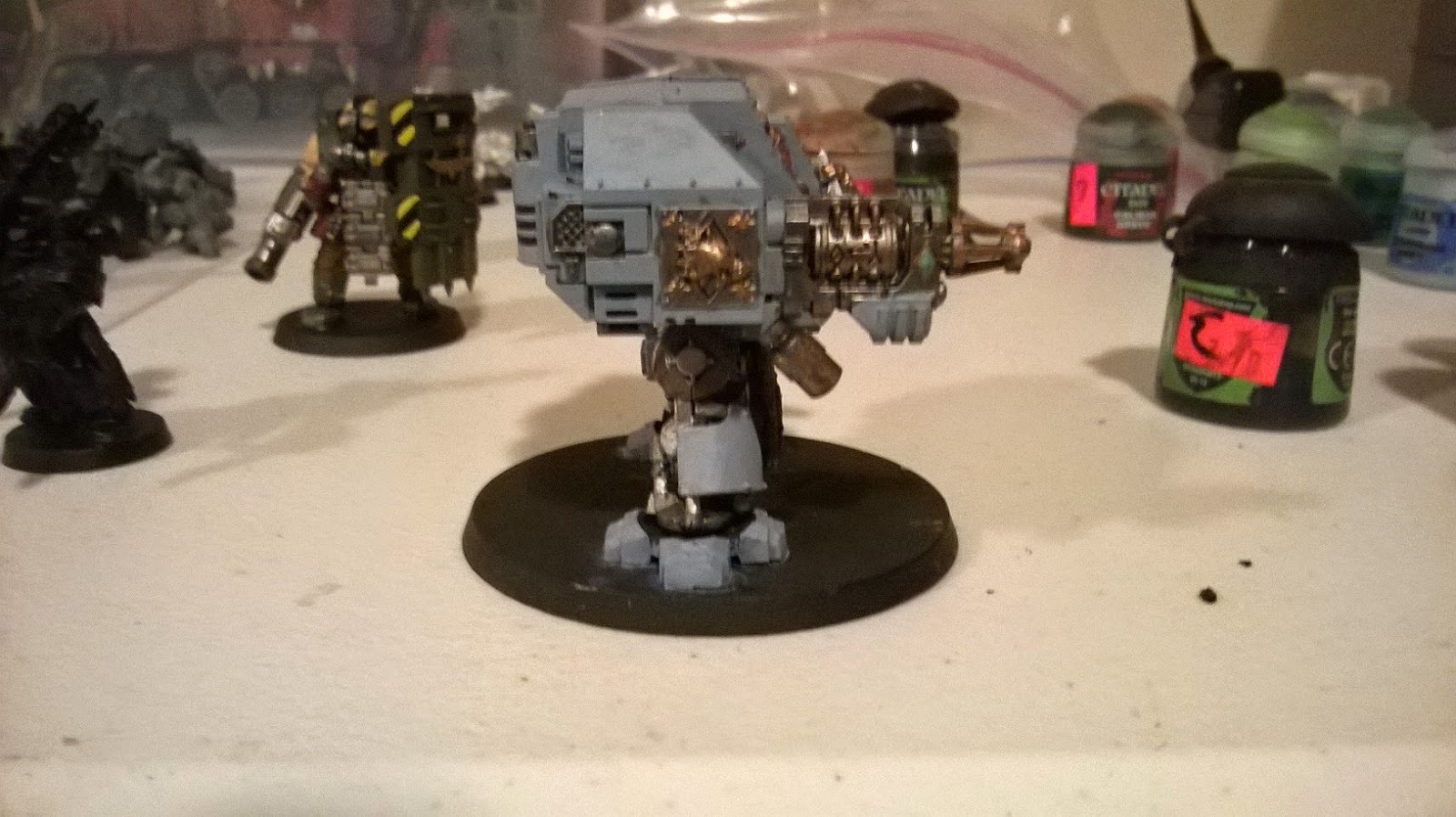 So I have had this dreadnought for about 2 years or so, its the black reach dreadnought, I kit bashed it throwing space wolf bits on it and got a new SW weapon arm so that I have the hellfrost cannon.  I think it turned out ok so far, def some touch up work to do, but its good enough for me for now. 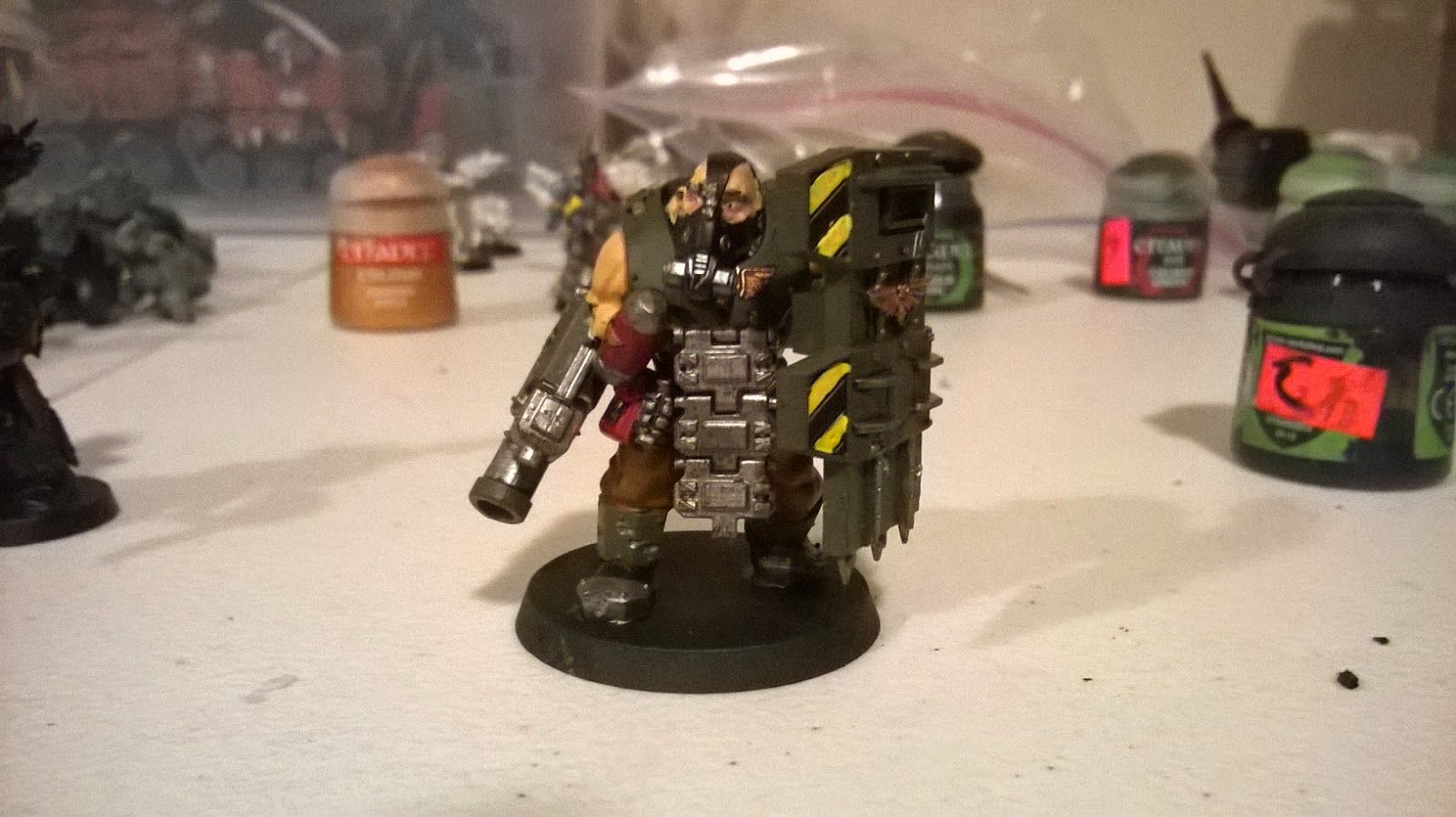 And I just kept on painting once I got started.  First bullgryn completed, used him as my test for the colors to see if I liked it, wanted to keep them similar to my IG armies color scheme.  Basic green and brown with the rest detail colors.  The rest of the bullgryns are based and have the green on them, tomorrow I will do the brown and start on the detail. 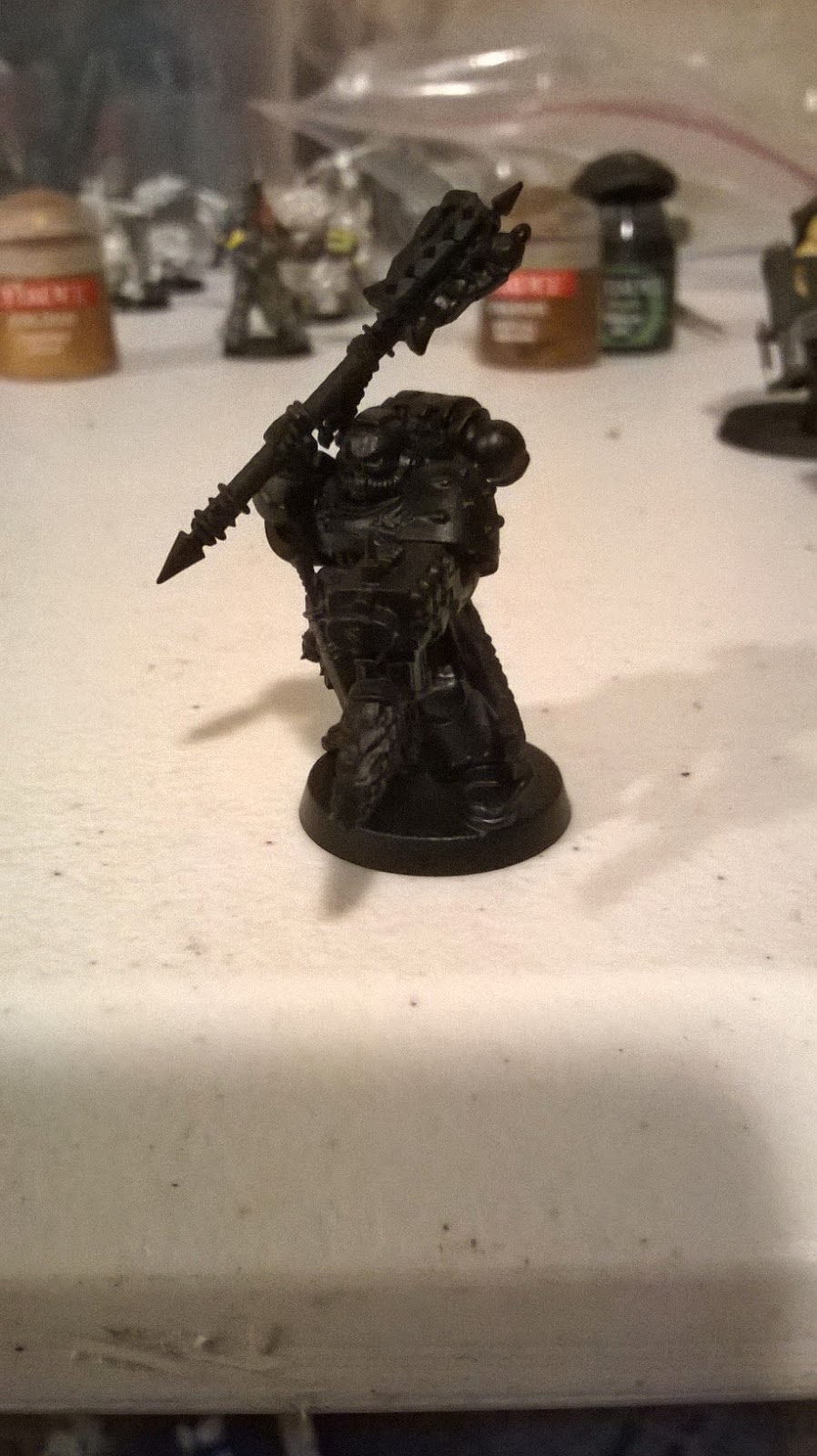 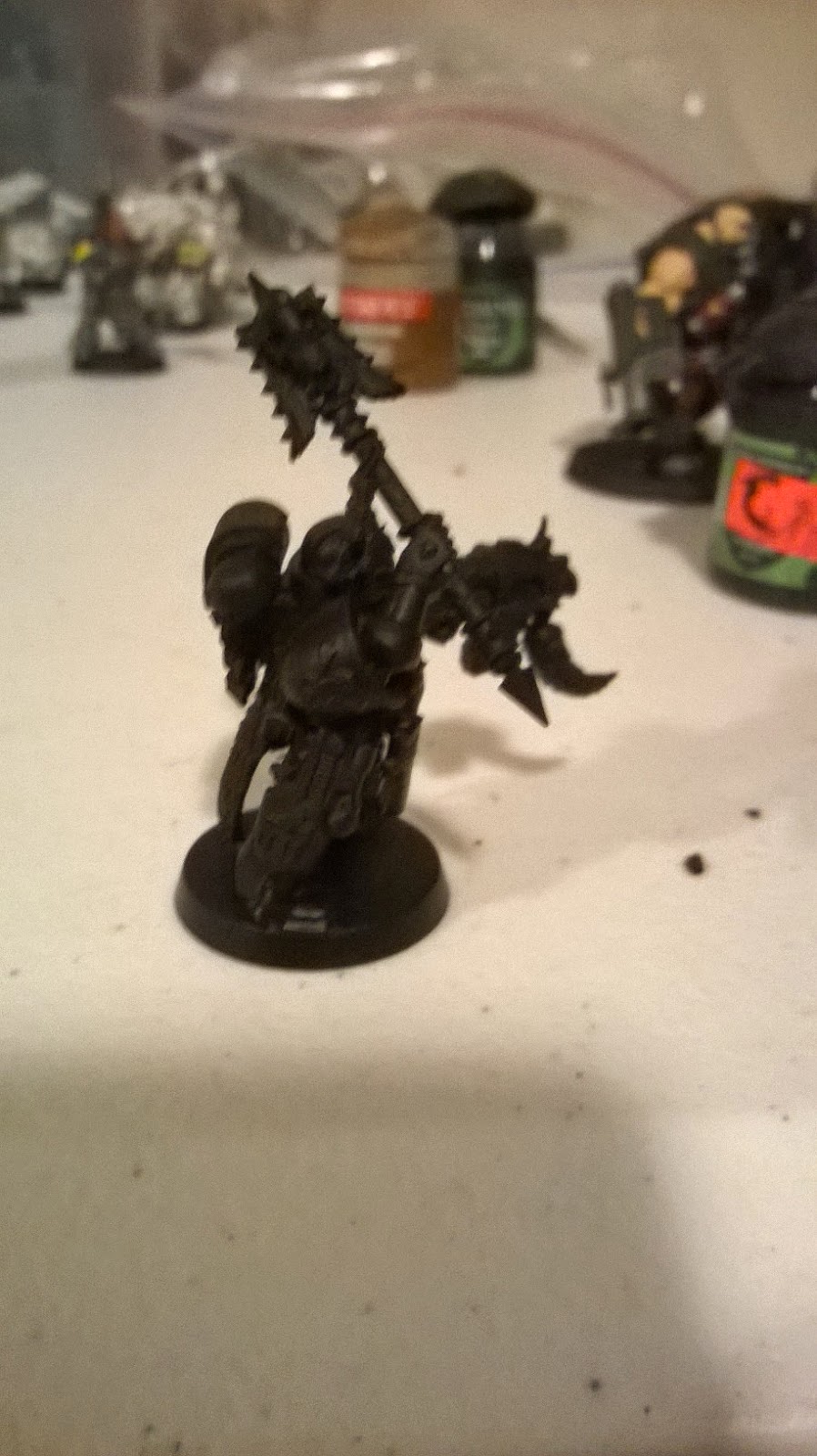 And last is my kit bashed wolf priest.  I had some space wolf bits and bought the dark angel special chaplain to get the crozius and skull helm.  I tried making a wolf skull helm, but it turned out like shit so I am just keeping the standard skull helm, oh well.  He is the last on the to do list for this next weekend, and since he's mostly black anyways, its mainly detail work.  So I can rush him if I need to :).

I found a vindicator sprue, so I might make a rhino and swap the taurox in the list if I can build it in time, we'll see, it'll most likely be for a later game.  Either way, hoping I'll be getting back into the swing of things.