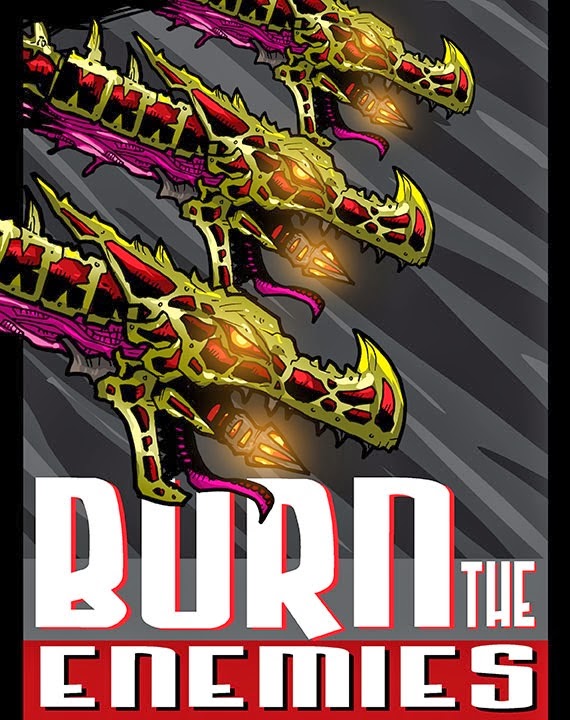 Well First off this is my 100th post!  So far so good, never really thought I would get this far and certainly not so quickly. Thank you everyone that has supported and commented, the comments and discussions are probably my favorite part about this blog. I plan on this continuing for as long as I am able and have interesting things(I hope) to talk about.  While I have not really done a whole lot of 40k in the last couple of weeks, big things have happened in the community.  The LVO has come and past.  Please not I did not attend so cannot speak to the quality of the event(great from what I've heard).  So what has come out of it.

The world has ended, 40k is broken, and seer councils rule us all!!!!!!!!!!!!!!!!!!!!  What ever shall we dooooooooooooooo!?!?!?!?  Yep that is pretty much it.  So if you are not aware because it really isn't that important, the winning player brought a seer council list and ended up winning.  Note he was not the only one.  I want to point out that the PLAYER won.  Too many have been talking like the army list won the tournament.  Well it didn't.  Alex Fennel won the LVO.  Get over it.  He used a Very Strong list, and you know what, he almost lost to Tyranids but dice gods were with him.  Yes I did say Tyranids.

Why has this now become the tipping point.  What were people really expecting some one to win with a Khorne berserker fluff bunny list?  Eldar are good, not a new thing.  Nor is the Jetseer council.  So why now is this an issue.  Well its because many gamers hold on to that little conceit that if THEY had brought the list, THEY would have won too.  Get over yourself.  I have no problem admitting that Mr Fennel would have stomped 9/10 with an under power list against the best IG army I could field.  Because he is BETTER than me.  Its ok to admit that you are not the fucking chosen one sent to lead the masses and show true 40K victory.

Look at the names on top, guess what, they appear in a lot of top lists at tournaments.  You know why?  They are good.  Sorry its the truth.  Sure I have dreams to of showing up to one of these tournaments too and curb stomping them and taking the gold.  Well reality is different.   I am not a bad player, but I by no means know enough or play enough to be in that tier.  And I will not be blaming my army list because of it.

So if you are in the camp of how this is the last straw and we need to do something about these uber cheesy things and return to days of yore when balance reigned.  Sorry those days never happened, that's just nostalgia kicking in from when YOUR codex was awesome.  The thing with this edition is that every one of these stars has a weakness, mainly it doesn't bring a lot else and it relies on combos to work every time.  Don't worry, the seer star is not the end, and if anything the LVO proved that other armies can do well that are not ultra cheese.  THe top eight is full of it, and then there is the fact that Nids actually had one of the most winning armies by ratio there.  Interesting.

Ok enough ranting on that, Mr Fennel deserves his victory and all that it entails.  Now one thing that I have been thinking on is that of the FoC.  For so long it has been inviolable, but no longer.  Now at the beginning of 6th the game had a little thing where you can take double FoC at 2000+.  This immediately scared everyone and was thrown in hole to make people feel better.

Now though with supplements, allying with yourself, data slates, is the FoC really helping.  With the way things are, some armies are severely restricted by FoC.  This is partly due to bad codex design, and that only so many armies are 6th ed.  By allowing Double FoC at all levels, this would solve a lot of problems for a lot of armies that have certain slots that have a lot of good units in.  Now a well written and balanced codex would  not have this issue.  But it is one we live with.

By allowing any army to access the D FOC at any level, it would open up the playing field and allow a lot of armies to seriously shine.  Note  you would still have the same requirements, so you are spending points on 4 troops and 2 HQs mandatory before anything else.  For some lists this is fine, for some that is a drawback.

With all the other data slate stuff and supplements there really isn't anything to fear that we have not seen already.  Units that people cry will be spammed already are, this won't change that.  This by no means the end, but I think an interesting thign to try out and see where it leads.  That's my thought at least