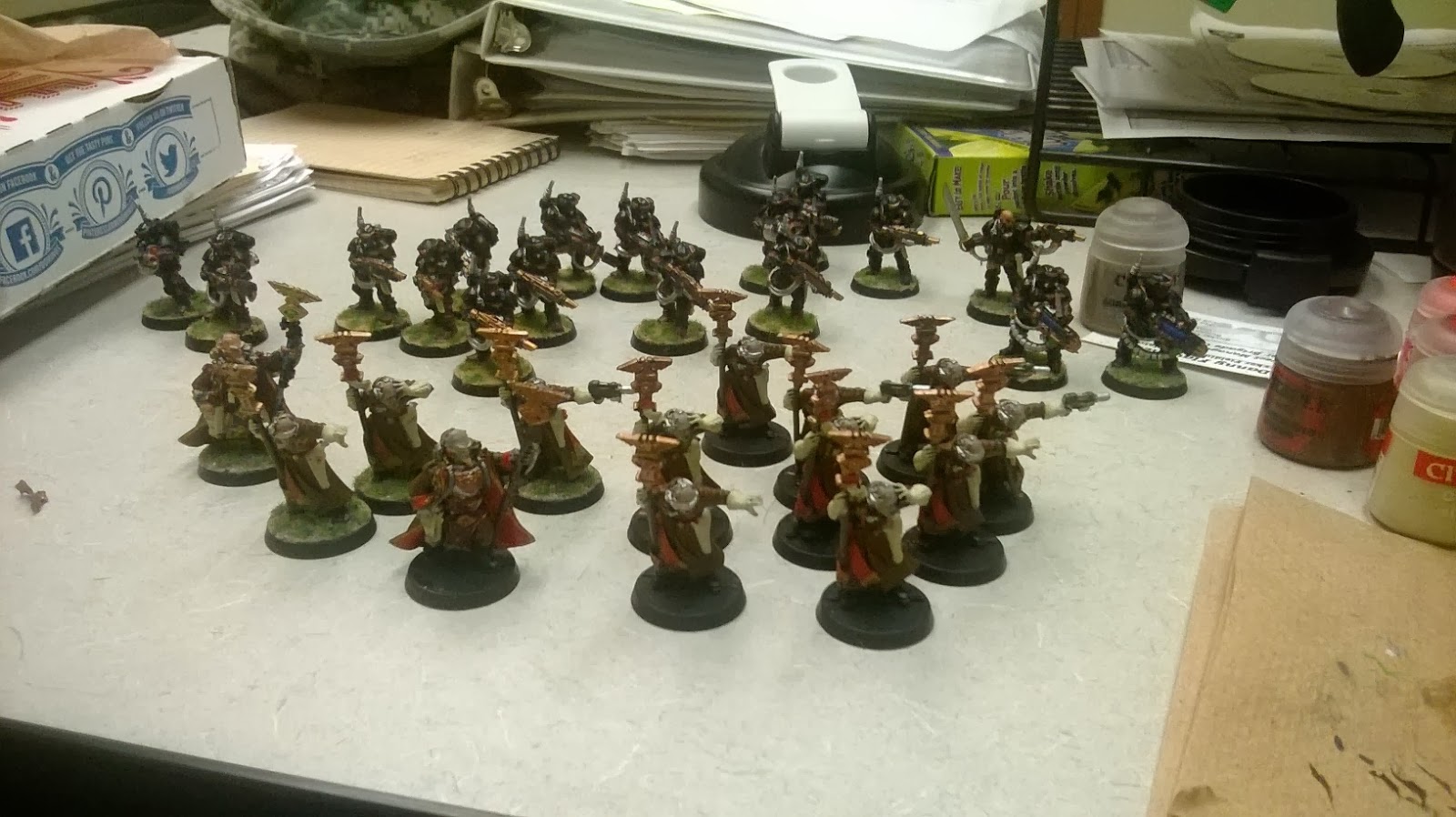 This has been a very busy weak and though I have not been posting a lot, I did get a few things done.  So I was finally able to do some work on my second storm trooper squad.  I have prob had this squad for a year + and been primed and waiting for paint.  The other was my recently purchase psyker squad, which to my surprise also had a primaris in it.  Not sure if the seller knew or just didn't care.  Makes me happy.  I was able to get this done due to two shifts of staff duty, had to do something while working so I got them done finally.  Have one other project underway which I will be showing off soon, its very exciting for me though :).  Anyways on to the models 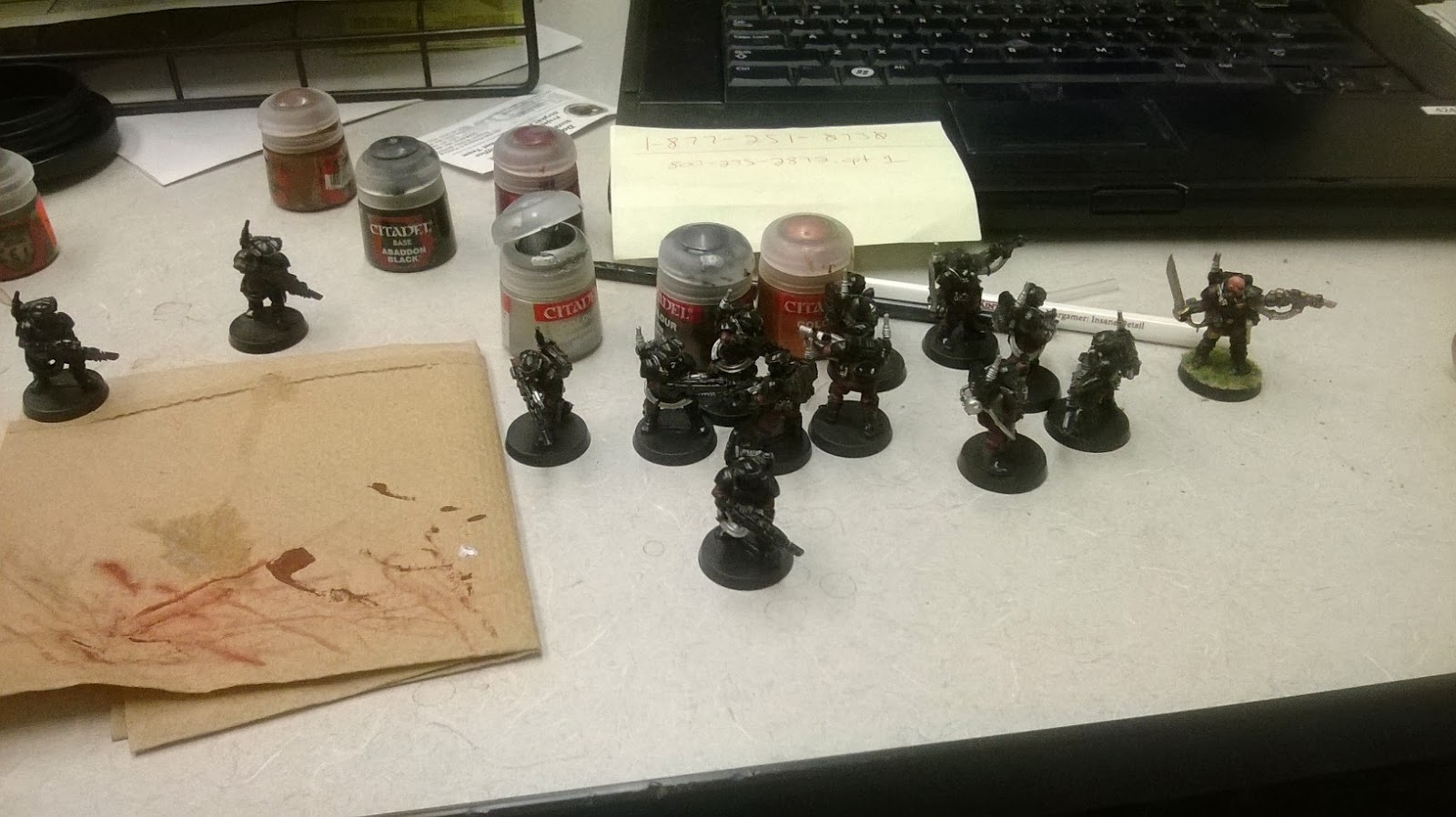 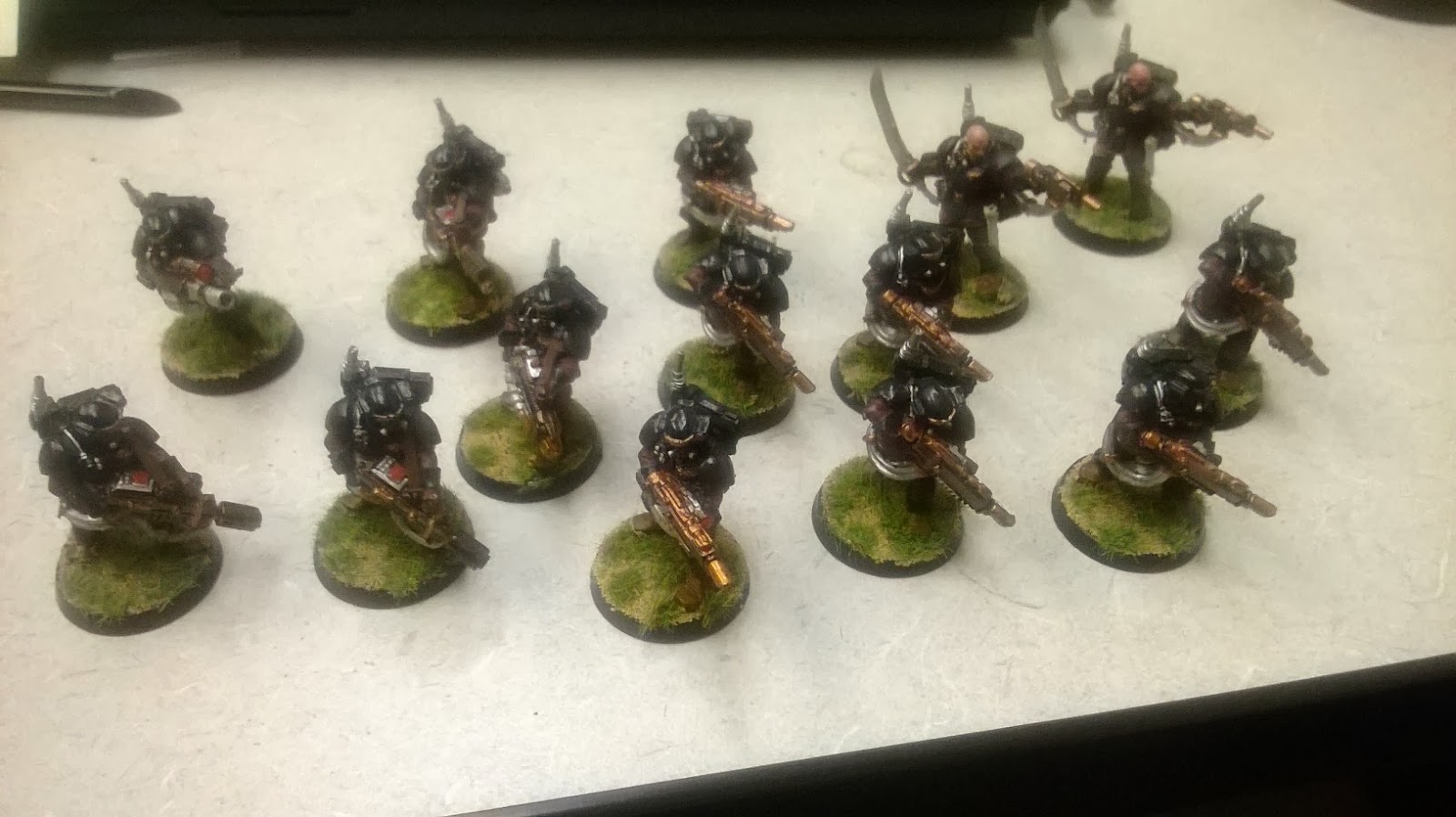 There you have it, my second ST squad to match all painted up to go with my inquisitor.  I even based them all up so was really happy to get this squad completely done.  I am really hoping that STs are cheaper in the new codex so that I can finally do a true Inq ST army.  The basic color scheme is Black for the armor and scab red/khorne red with all the detail being bronze's and silvers, with a little bit of lead belcher to darken some of the areas.  Its a nice simple color scheme but I'm always surprised at how good it looks, at least to me. 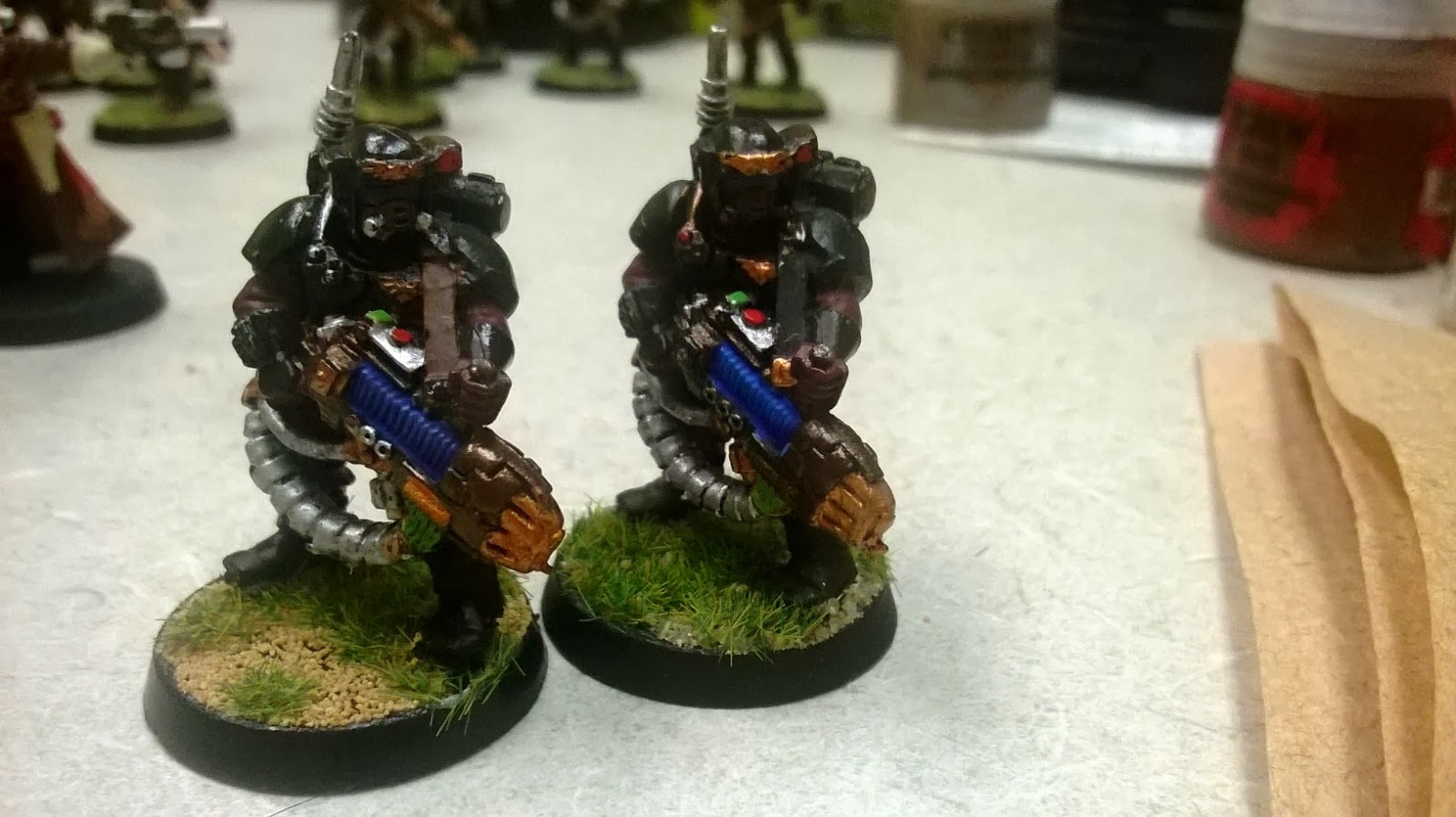 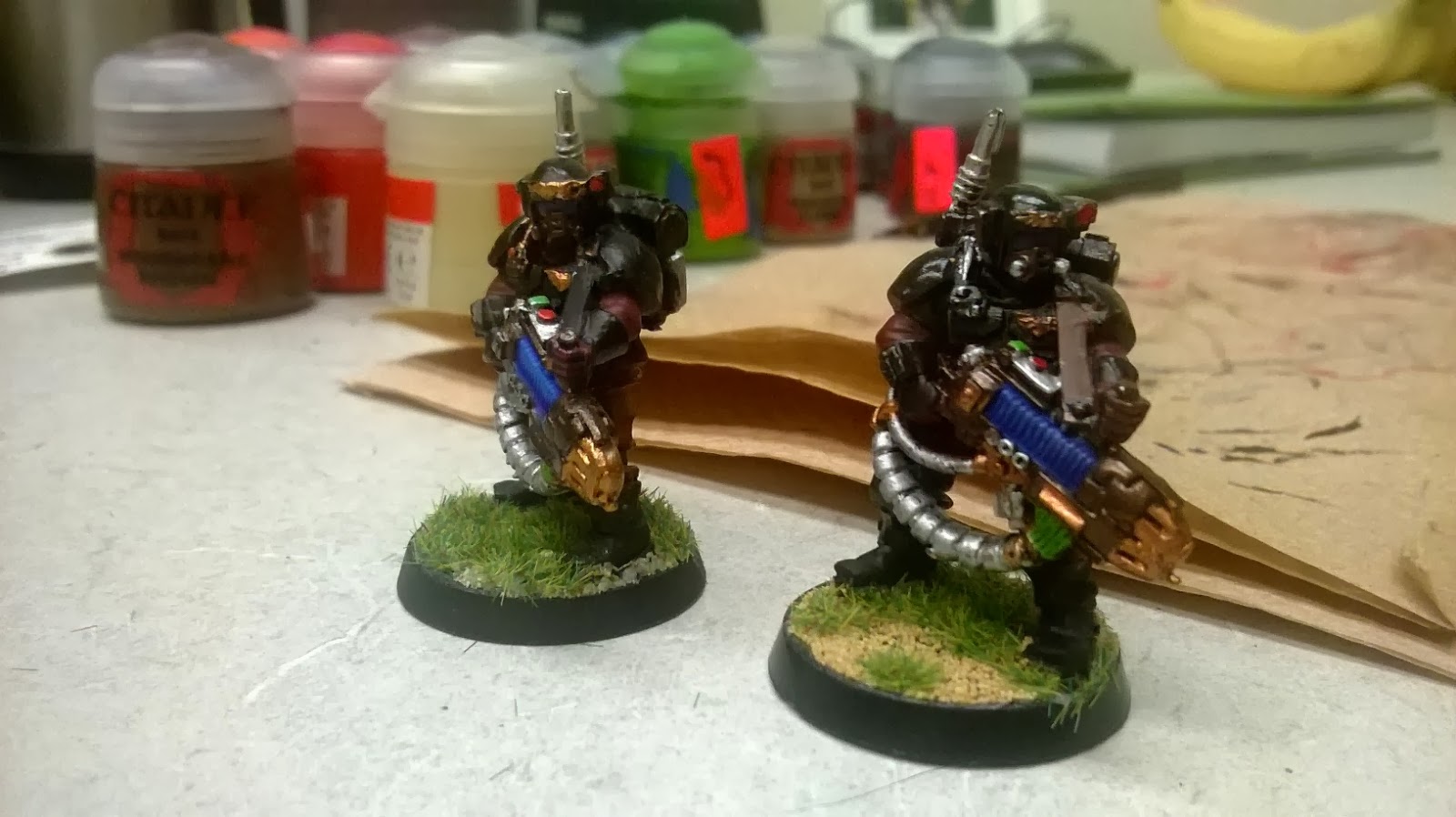 There are the two plasma gunners, one is from the original squad and the other is from the new one.  Guess which one :).  I really like this scheme and it really stands out against my armies main colors of green and brown.  When these guys go down, you can tell from a look that they are the best.  Now hopefully the rules will match.

On to the Psykers. 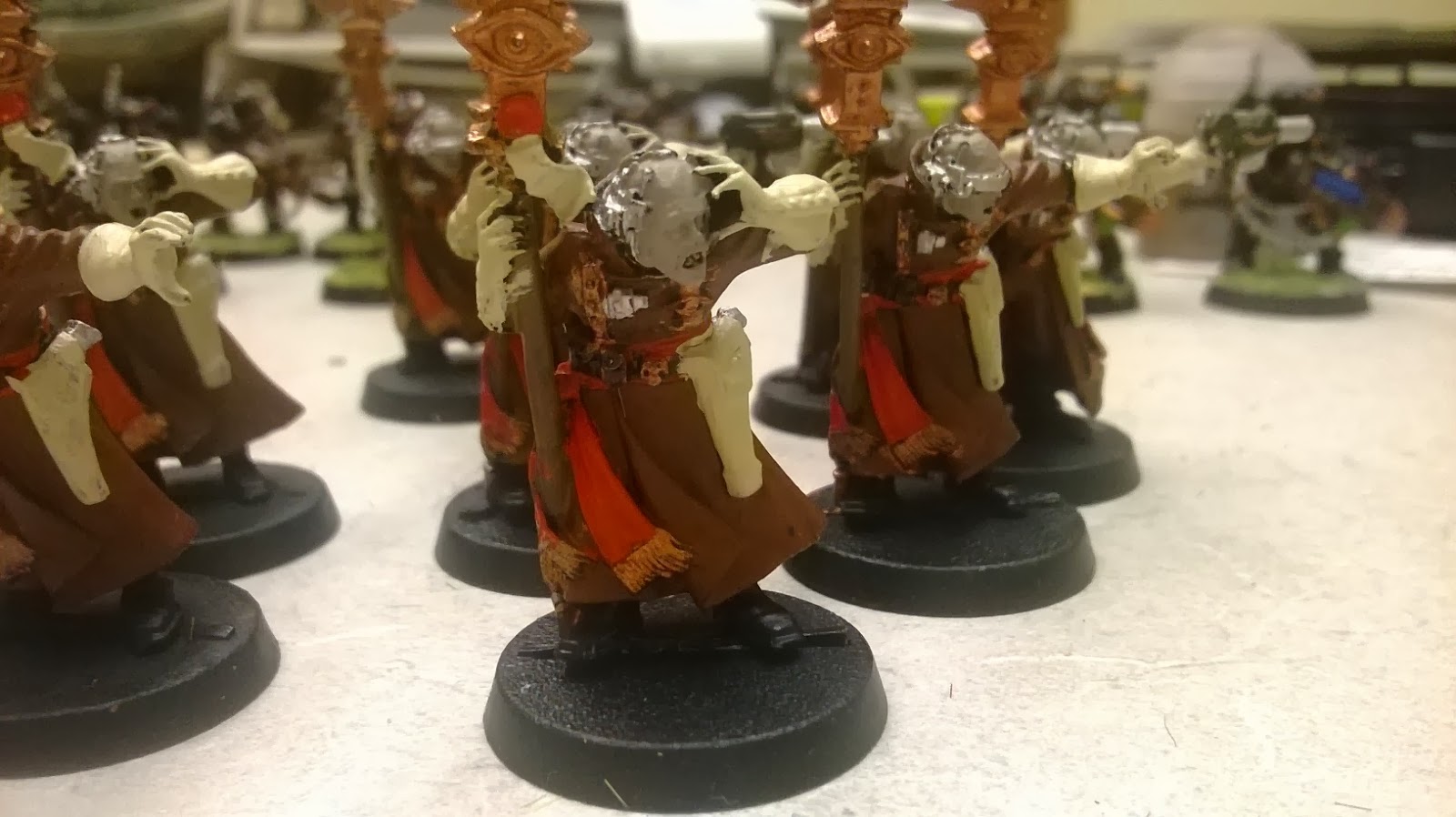 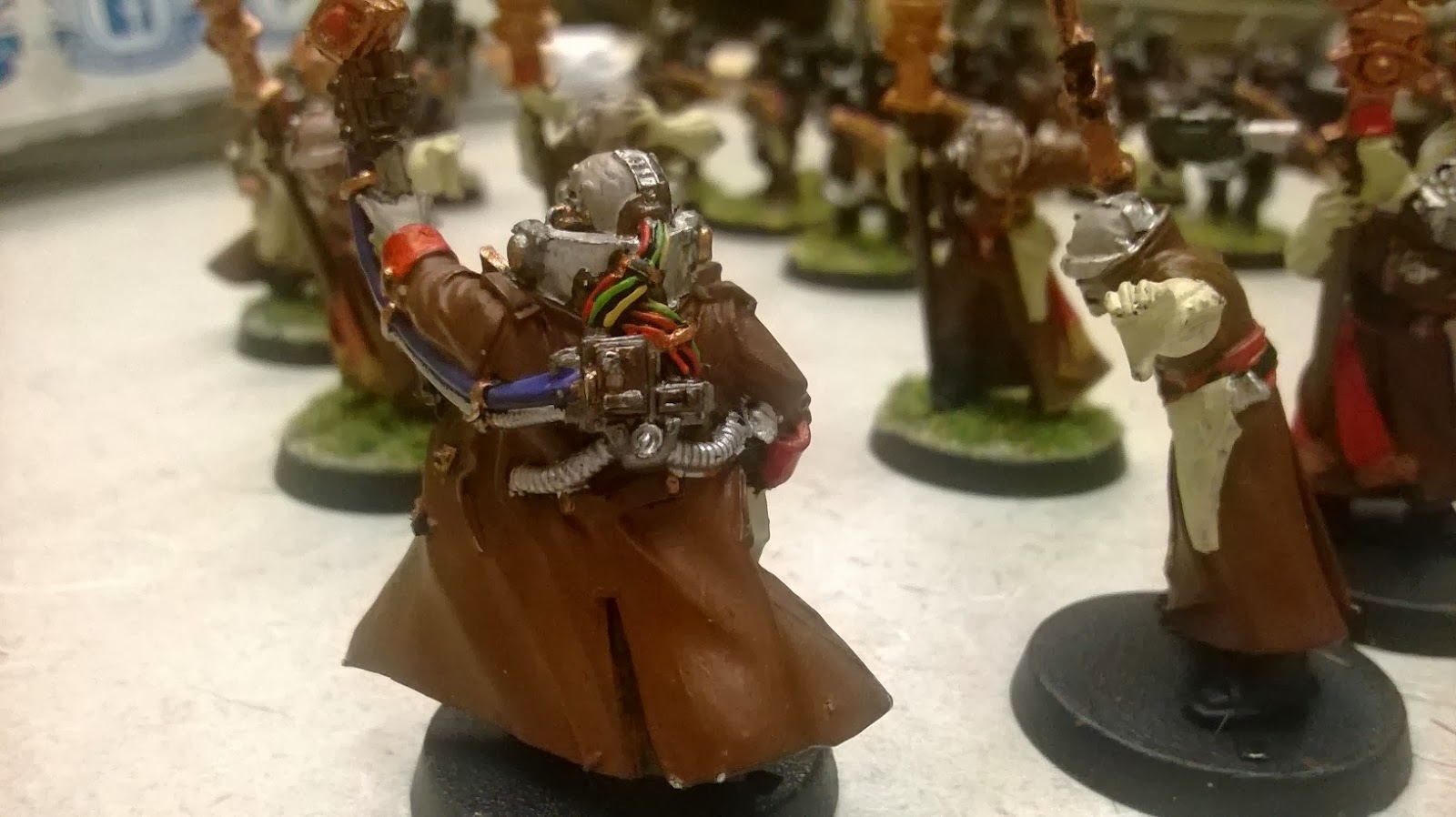 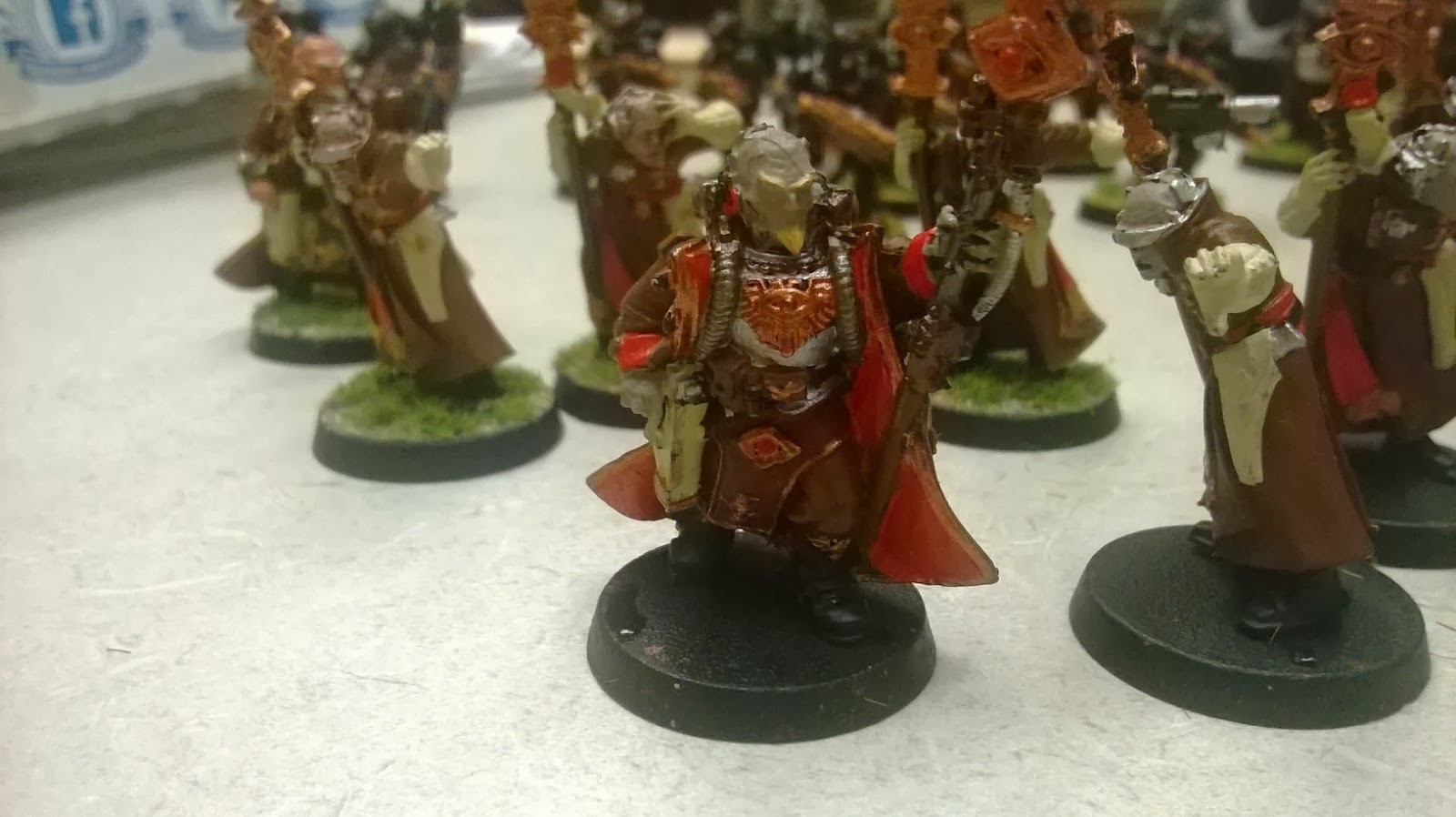 The psykers are at the 90% mark so there is still work left to be done on most of them.  Most of it is the detail work on the face so they aren't creepy gray blank faces.  And obviously they need to be based.  Plan is to finish them this weekend hopefully, but either way I like them so far.  The primaris is turning out well and I like that he is different but similar to my other one, a nice way to differentiate between the two.

Any ways thats about it for today.  Plans are to get some hobby time in, whether that is painting or gaming.  Unfortunately have errands to run first :(.

Hope everyone has a good weekend.  As always comments and suggestions are welcome  and don't forget to vote in poll and comment here.