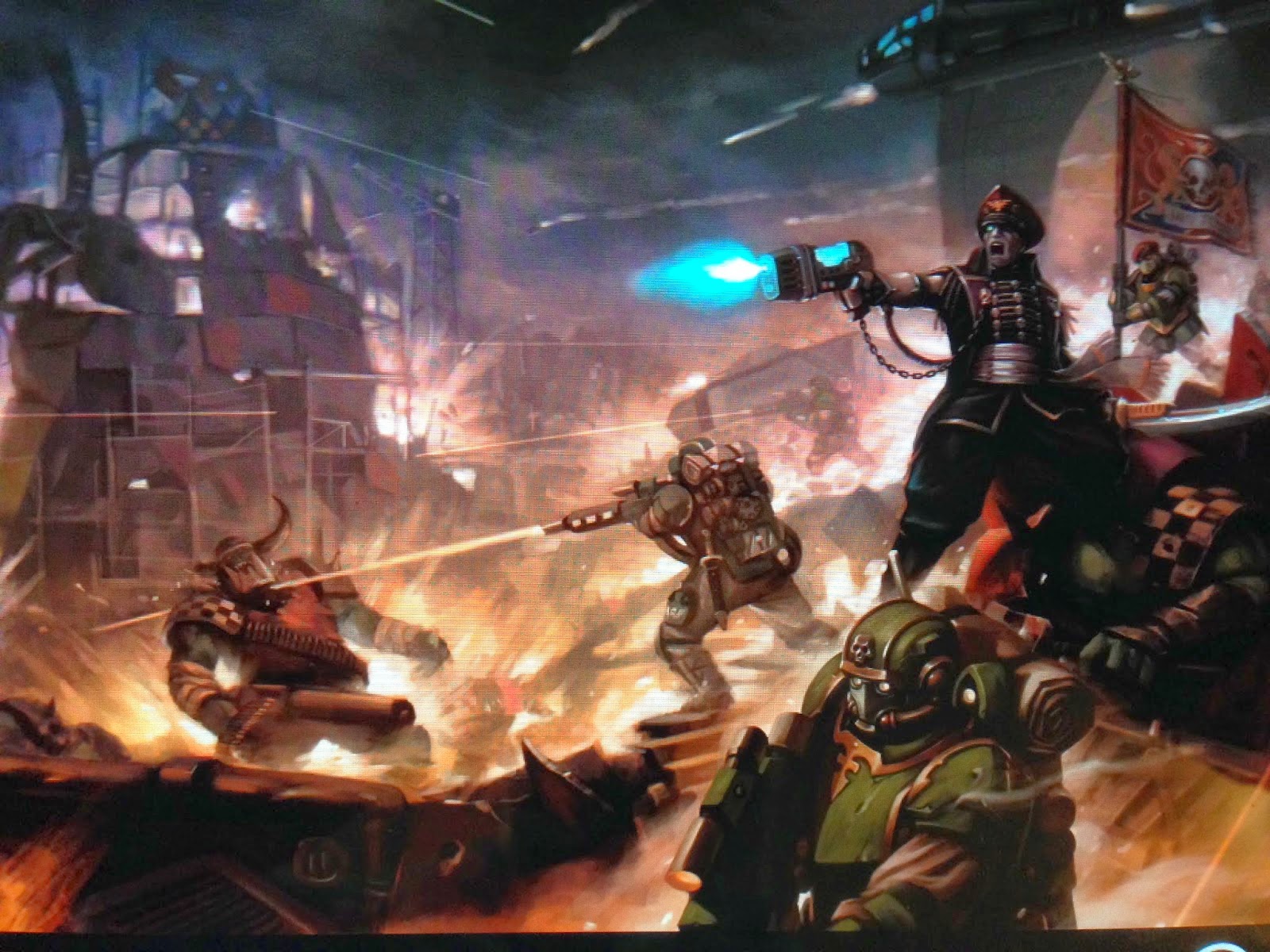 With 7th edition being out for quite a while now, and with a lot of codex's coming since then, I have to say I look at my scion and astra militarum codex's and feel a little sad.  To me, the books were great for 6th edition, and the scion codex (format wise) was a sign of things to come.  But I see all the new codexes with their special detachments and formations and I feel a little left out.


We came too early.  Scions especially are hurt by this.  Some of the other mini codex's and the newer main books really show how much the scions could have benefited being released in 7th and not 6th.  They are still bound by the 6th style of army building, i.e. primary force org detachment (now CAD), ally, formation.  But in the age of codex specific detachments, being bound to the old force org hurts scions a lot.

Techincally they are bound to the standard CAD force org, even though they have no elites or heavy support available (unless you use IG FW units).  Having a codex specific detachment would change them so much for the better.  The orders are great, but you can only get two in a standard CAD, so you have to double your CADs, take an ally, or formation to start to get an effective army.  Since many tournaments and players are still reluctant to allow multiple CADs, this army has its limits in what army list you can use and where/with who.

A codex specific detachment would be great.  Upping the HQ and Troop allotment would be all this army needs to go from ok to great.  Hopefully multiple CADs will grow in acceptance with time, but seeing how armies have received their own detachments, its not a stretch to ask the same for scions and astra militarum.

Astra militarum could use the same as well.  Now its not a bad codex by any means and is very well balanced with a lotof good units and with great orders and leadership buffs.  It can deal with a lot of threats on its own without needing allies.  But its so bland.  It lacks so much that a few codex detachments could fix, you know maybe catachan type detachment that lets you infiltrate a platoon or two, or an armor specific detachment.  Granted the steel host is a great formation, and I'll certainly use it, but its not the end all be all.  Considering the AM have only few formations and nothing really special otherwise, its a bit of a disappointment looking at what other armies are getting.  With supplements seeming to be a thing of the past, I hope something comes along for IG this year.

AM and Scions don't need to be the focus of attention, but getting something this year would be great.  If only the codex had been updated a few months later.

Posted by Grumpy Guardsman at 12:12 PM