I Stand with Axanar 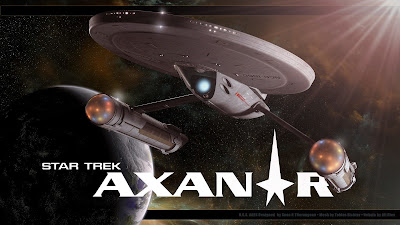 Today I want to talk about another sci fi universe that is very close to me, and that is Star Trek.  If you are fan I am sure you have heard of and seen the crowdfunded fan made film, Star Trek Axanar covering the four years war between the Federation and the Klingons in the pre-kirk era.  Paramount and CBS up to this point has not opposed the project and even consulted with the film makers, well that just changed.

As you can see here they have now filed a lawsuit claiming copyright infringement.  While they do have ground to stand on, this is utter BS.  One they have allowed this project to go forward to this point and have consulted with the film makers, if this was a serious issue kind of a dick move to wait this long to file a lawsuit.  Also, multiple fan films exist and have been completed with no issue, but apparently since this rivals the quality of a feature film, paramount doesn't like that.  This could be there undoing, since they have set precedence of allowing previous fan films that violate their IP, Axanar can defend themselves and have a chance at winning.  That is of course they can afford to fight it.

Fan fic has long been part of our culture and at some point though a company may own the IP, the universe belongs as much to us as to the company.  This hits home for the 40k community, as we have experienced this first hand from GW and the effect of heavy handed litigation.  I'm sure many remember the Spots the Space Marine Fiasco and Chapter House.

While Paramount and CBS have a legal leg to stand on, as Axanar does technically violate their IP and Copyright, they also have not defended this in the past with other fan fic and films, so it is not an ironclad position.  Also Axanar will make no money, it is free to watch for all, or will be if it is completed now.

If this enrages you the way it does for me, you can do something.  There is the #IstandwithAxanar, so feel free to join the chorus.  Go to CBS and Paramounts Social media pages and voice your displeasure.  And there is always the traditional methods of contact Paramount & CBS.

This is something that is important to me and if you feel the same, please join us in solidarity and voice your concerns to these companies, they do not have to listen to us but should know how we feel.