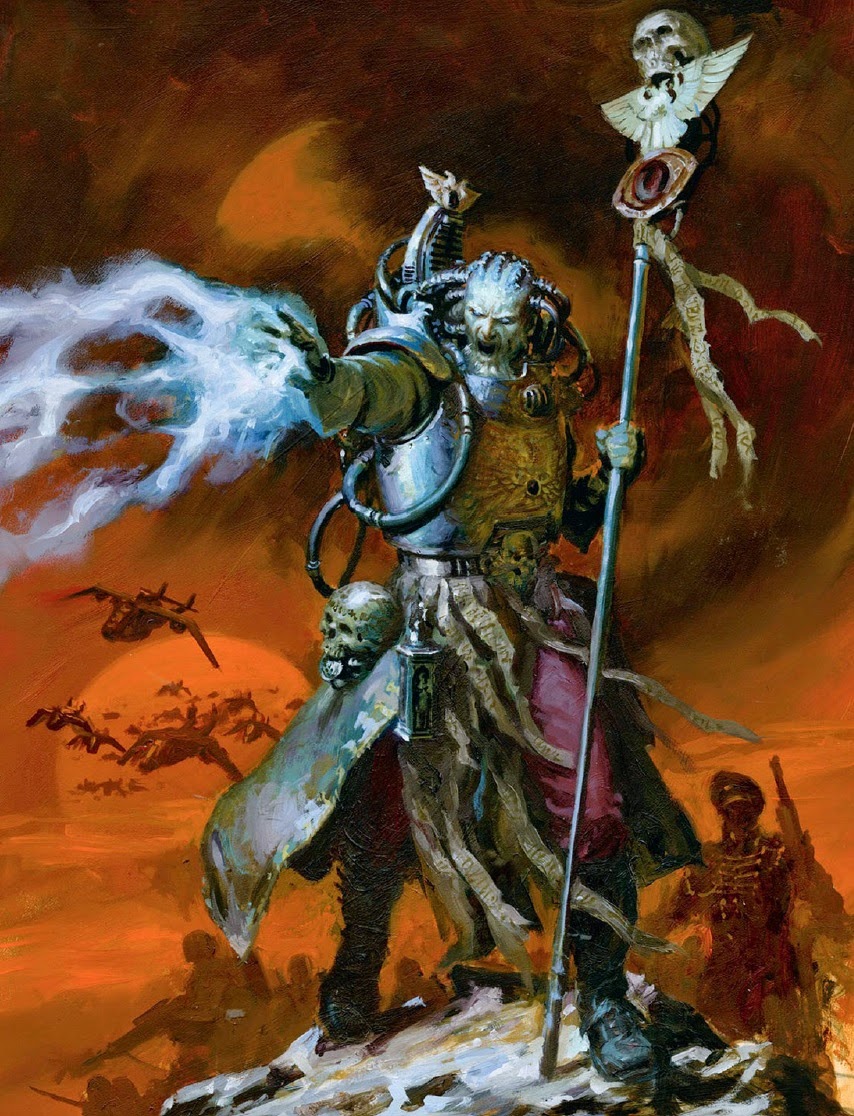 While I am certainly not the first to talk about the much anticipated psychic phase of the new edition, I have my two cents to put to it. Having used psykers in my recent game, there a few things that I think will improve, both for the game in general and the Imperial Guard. The consolidation of all psychic powers into a single phase is a great thing and the new changes to using powers and what you can take is going to have significant effect.


I am a big fan of the psychic phase, it consolidates things and speeds thing up rather than slow them down. In my last game, I like many, forgot to cast a blessing in movement, had to ask my opponent if I could use it, he agreed etc. This took time away from the flow of the game. I know I am not the only one to do this. Its also confusing as determining when you can use powers, whether reserves affect being able to use them, etc. The short of it is, psychic powers are too complicated right now, there is a lot interpretation and rulings, and a lot of mistakes that happen on a game to game basis. The new phase will clear a lot of this up. Now all powers are manifested in one phase, whether it be blessings, witch fires, or maledictions. This will speed things up, as less confusion wil exist and no more will you be forgetting to use a blessing at the right time. If you forget to do something in your psychic phase, well it will be the same if you forget to move a unit, shoot, assault. If you forget to do everything in your phase, that sucks but you move on and remember next time. It will be less likely though as you will be making sure you used all your powers before moving on to shooting. Coupled with some changes to how you succeed on powers, this will be a nice addition to the game and I am happy to see it.

It appears that when trying to use a power, it will rely on a certain number of 4+ rolls base upon the psykers mastery level and that of the power. Now there are still some blanks left to be filled so this is not set in stone. But if the 4+ rolls are true, then this will significantly boost the effectiveness of low Ld psykers such as the astropath. Coupled with the boon to taking all your powers from one table giving you the primaris power for free, this means ML1 psykers won't be so underpowered compared to the higher level psykers. You will still be limited on number of powers you can use because of your warp charge, but having more flexibility is a good thing. It will be interesting to see how the tables are restructured, but I am hoping that all the tables are rebalanced and useful primaris powers exist across the board. Time will tell.

In my recent game I used the astropath, and he did very well, casting his powers 3/4 times even with his lower Ld. Though his effect on that game was minor, I see him and psyker battle squads increasing in usefulness with 7th edition. The astropath will be able to take two powers from telepathy, hopefully it stays similar to its current form as it is a very nice table and well balanced in my opinion. Needing 4+ to successfully use a power will mean his viability and usefulness increase a decent amount. The same will go for wrydvane/psyker battle squads. They will be able to take two powers at ML1 and depending on how the tables are restructured, they could be quite useful in casting other powers besides prescience. Is see them being more useful in buffing and debuffing, or potentially being attack oriented depending on the tables. Time will tell but I see both of these units being better under the new rules.

The big question in the room is still what the powers are going to be. How much are the tables going to change? Hopefully its minor tweaks, making sure each table has a good primaris power that is not situational and a balanced table that has pros and cons to it. Having two very strong tables and other meh ones is not good for the game. It should be a decision to choose what table to roll on, vs just choosing divination if you can. Speaking of divination, it would not surprise me one bit to see prescience leaving the primaris spot. So don't expect that to stay, I'll be surprised if it does.

Overall I really like the changes and there are definitely going to be some winners for the Imperial Guard psykers. I will be bringing the astropath a lot more, especially if the telepathy table doesn't change too drastically.

GG
Posted by Grumpy Guardsman at 11:15 AM