Devils in the Dark: A History of Catachan 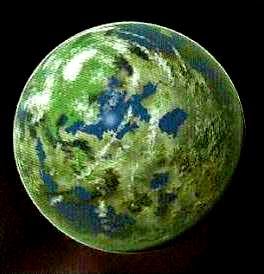 Time for a break from the seriousness of 7th edition.  For a little more fun I will continue with my "history" posts on different Guard regiments and worlds.  Up for your pleasure is the Deathworld of Catachan and its jungle fighters.  Hope you enjoy.

The infamous world of Catachan is located in Ultima Segmentum and is classified as a Death World.  It is one of the most hostile planets in the Imperium to say the least and is inimical to human life.  Yet for as long as Imperium has endured, so has the hardy locals who carry their proud traditions ever forward in spite of all the galaxy can throw at them.

Settled during the Dark Age of Technology, the first colonist were lured by the apparent beauty of this world, but they were fooled and only learned their mistake once their colony ships had crash landed on the surface.  While no tales survive to this day to account for how they somehow managed to avoid extinction, the colonist were able to hold their world back until finally being reunited with humanity during the Emperor's glorious Great Crusade.

Catachan is a sparsely populated planet, and while the exact numbers are unknown, it is estimated to have a population of upwards of 500,000.  Each day is a battle for survival and few reach adulthood.  Settlements are built of stone and brick with swathes of jungle cleared around to provide better defence and lines of fire.  Even then though, their world works against them, attacking human settlements with carnivorous plants and apex predators, and many settlements are overrun, forcing the survivors to relocate and begin the cycle again.  That any humans survive at all is a testament to their skills and courage in face of such hostility.

Their are many things Catachan is famous for, among those being the much feared Catachan Devil, a large insectoid creature that can tear a man apart in a heartbeat.  The Great Barking Toads are another animal that can be just as deadly, when startled it explodes into a cloud of poisonous gas that not even power armor can protect against, its poison being regarded as one of the deadliest in the galaxy.  Animals are not the only predators on Catachan, the Brain Leaf Devourer is capable of taking over hosts through its tendrils, attaching to the brain and then controlling the host, death is the natural result.  The Venus Mantrap is another, a giant carnivorous plant with large stems that are capable of attacking a person and drawing them into its maw.  These are but a few of the many lifeforms that assail daily life on Catachan.

There is only one reason that the Imperium supports the humans of this world, and that is for the regiments of Jungle Fighters that are born from its struggles.  They are the greatest jungle warfare specialists in the galaxy and whatever cost is incurred supporting the human settlements of Catachan is more than made up for by the exploits of its warriors.  Many a death world has been found wanting by the Jungle Fighters and defeated by the scions of Catachan.

Their is no aristocracy on catachan, only survivors.  As such their officers are chosen by their men and retain their rank only through their skill and courage.  All wear the red bandanna, a symbol of their blood oath taken when joining the regiment and a symbol of their right of passage of survival.  Catachans do not tolerate overbearing leaders or control.  Because of this many Imperial Commanders have trouble controlling the death worlders, who have little regard for the baubles of other worlds.  Commissars assigned to the Catachan regiments have a reputation of dying gloriously on the battlefield, and few survive long among them.

The Jungle Fighters way of war is of ambush and close fighting.  They excel in infiltration and bringing brutal assaults to the enemy when they least expect it.  Flame weapons and demolition charges are favored among Catachans, who have little regard for the volatile nature of their charges.  Additionally Catachan Snipers are famed as being among the best in the galaxy, taking positions days in advance of their mission to hunt their prey.

They relish fighting close to the enemy and acts of heroism and insanity go hand in hand, for death is a constant something no Catachan gives heed.  For the Jungle Fighters, trench warfare and other staples of combat of the Imperial Guard is not their way.  They excel at guerrilla warfare and destroying their enemies piece by piece.  Their scouts find the weaknesses in their enemies and then they strike, ambushing their unsuspecting foes and cutting the heart out of them.

The exploits of the Jungle Fighters are well known and they are responsible for many victories of the Imperium.  The Catachan II defeated the L'Huraxi at the Battle of Moden's ridge during the Yaquit campaign.  Though being outnumbered 10 to 1, the Catachan II exterminated the L'Huraxi and won the war, with Colonel Iron Hand Straken leading them to victory.  During the Dulma'lin cleansing, the Catachan II were the only surviving regiment to make planet fall and conducted a year long guerrilla war against the savage greenskins that inhabited the world.  Success was met when Colonel Straken led a strike force into the Orks subterranean base, collapsing the cavern onto the greenskins.  The Colonel was severely wounded in the final battle and was dragged from the cavern by his men.  Imperial reinforcements arrived shortly thereafter and assisted in the final cleansing and taking credit for the victory.

Other famous fighters include Marbo, a mysterious killer, who is said to never speak and is rumored to have been responsible for countless victories.  A story exists of 9 brothers joining a catachan regiment, during an ork ambush all were killed.  A few days later, a lone Jungle Fighter emerged with the severed head of the Ork warlord with a bullet between his eyes.  It is said he is responsible for destroying an entire Tau Hammerhead cadre, using demolition charges to bring the canyon walls they were traveling through on top of them.  Whether these stories can be believed does not matter, Marbo's skills are shown by his scars and dead, vacant eyes.

Their are few worlds that can claim such great warriors as Catachan.  For as long as the Imperium as existed, the Jungle Fighters of Catachan have fought in the harshest wars and brought victory through the jaws of defeat.  None can claim their skills of survival in the most hostile environments, nor their skill in ambush.  Wherever the Jungle Fighters of Catachan are found, the Imperium holds.