Why does GW Hate Sniper Rifles? 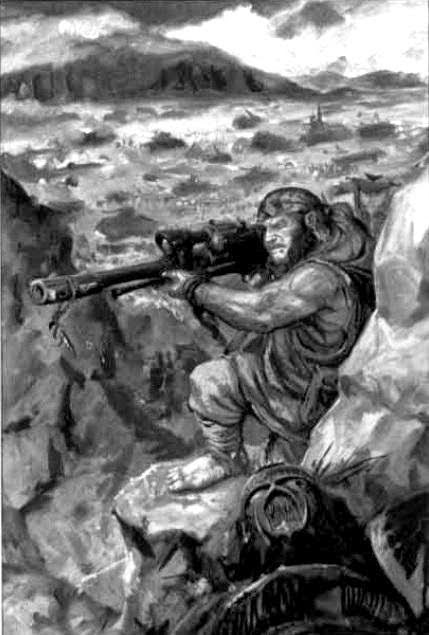 So this is a rant that is a little long in the coming.  I have long felt that sniper rifles were underpowered in the game of 40k, and for some reason GW does not agree.  With 7th sniper rifles got nerfed pretty hard and are much worse than they used to be.  Its something that upsets me because sniper rifles should be quite powerful, but instead are quite meh.

So whats the issue?  Well its a couple of things, the first being the loss of pinning.  I mean if there is any weapon that should be pinning, its a god damn sniper rifle!  And on top of that, they lost rending!  Oh sure they can be AP2 on a wound of a 6, but its a hug loss in effectiveness against vehicles with the loss of rending.  Sniper rifles are S4 and can possibly glance AV10, but the loss of previously being able to pen AV 10 and even possibly glance 12, does not make up for that.

The big problem in my mind is that GW sees sniper rifles as this mass weapon, with giant squads running around with sniper rifles plinking away.  Where they should be much closer to the INQ assassin, at least in style and function if not power.  But sadly that is not the case.

Using sniper rifles effectively is hard because you run into the math gauntlet, where probability is not in your favor.  Lets say you have a 10 man squad of ratlings, and the odds are in your favor and every one hits, your still only likely to score 5 wds, with one being AP2.  That's really not that great.  Before it was made up for in the fact that you caused pinning, while you may only cause a few Wds, that would be enough to cause a pinning check and if you caused enough, a morale check as well.  Now though that is gone.

Sure orders can bring pinning, but that doesn't solve it for other armies.  Its a 40k wide problem.  This doesn't hurt large squads that made use of sniper like kroot squads, whose use was mainly putting lots of wds on a MC, but for smaller squads this is not a great use, as again they have to hit, then wd and in the end aren't left with much.

Part of my disappointment is that I want sniper rifles to be better and different from how they work in 40k, but the reality is still there that sniper rifles find a hard time to pull their weight without pinning and rending.  The little upside is that they are cheap in most armies, so the investment isn't much, but I really struggle to find them useful when other weapons can deal with infantry and MCs better and more reliably.

As IG, I really don't need sniper rifles in 7th, I can order precision shot and pinning on whatever squad and weapon I want (non vehicle), so why bring a weapon that has only 50/50 chance of doing any damage and unless I roll a 6, is no more effective than a lasgun.

I want them to better, but sadly they are not.