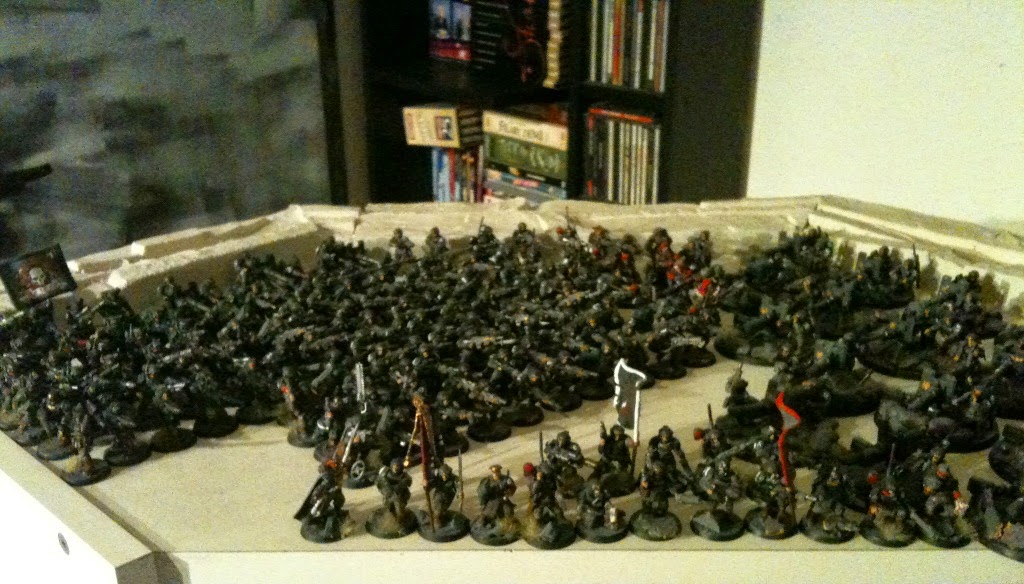 Have two more guest submissions.  Jakub sent me pics of his sizable IG army, and Robert sent some of his nicely converted scions.  The above is from Jakub showing a large portion of his infantry.  Below is more of his collection! 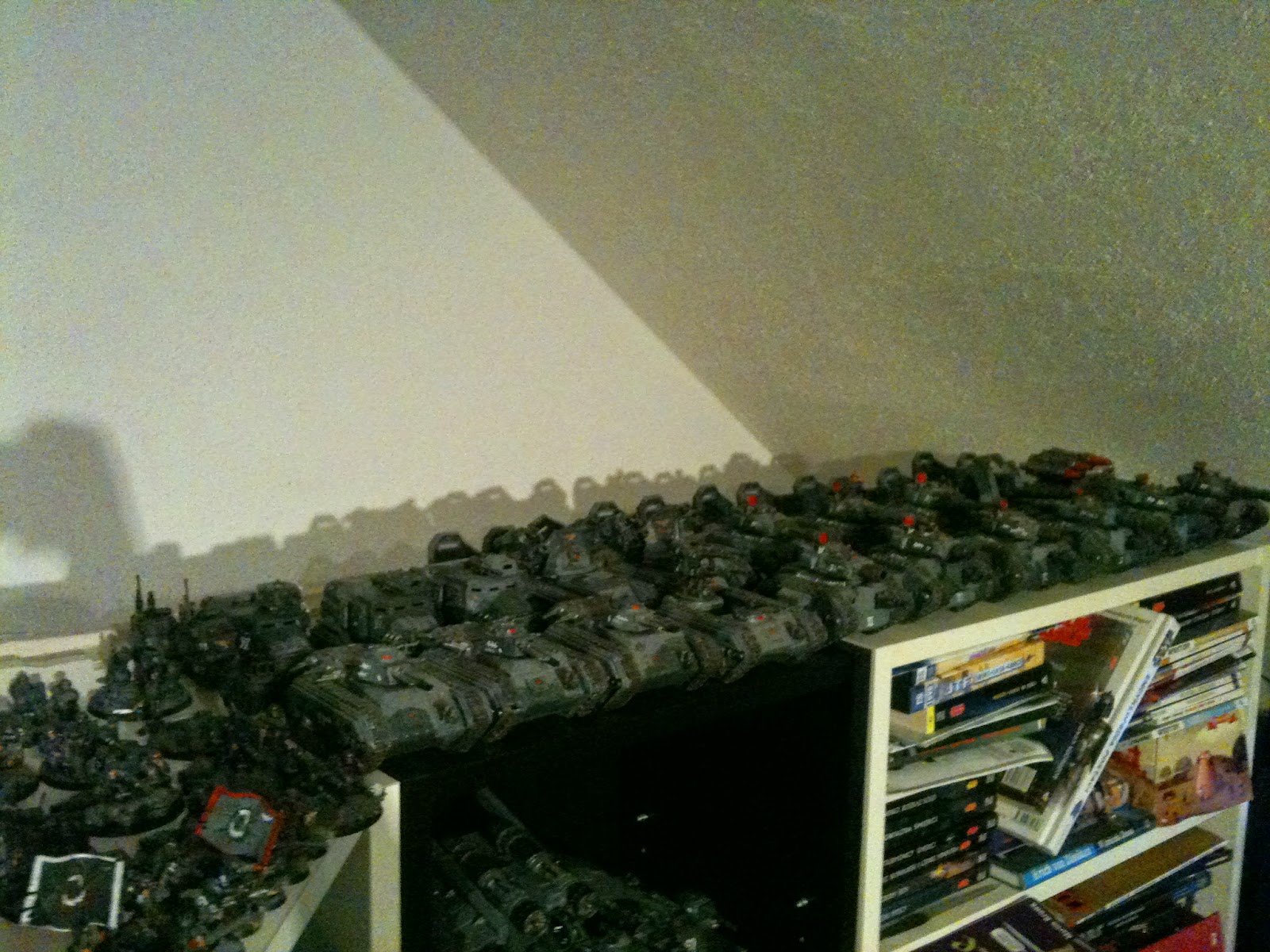 The vehicles that the imperial guard run off of.  Enough to crush the emperor's foes! 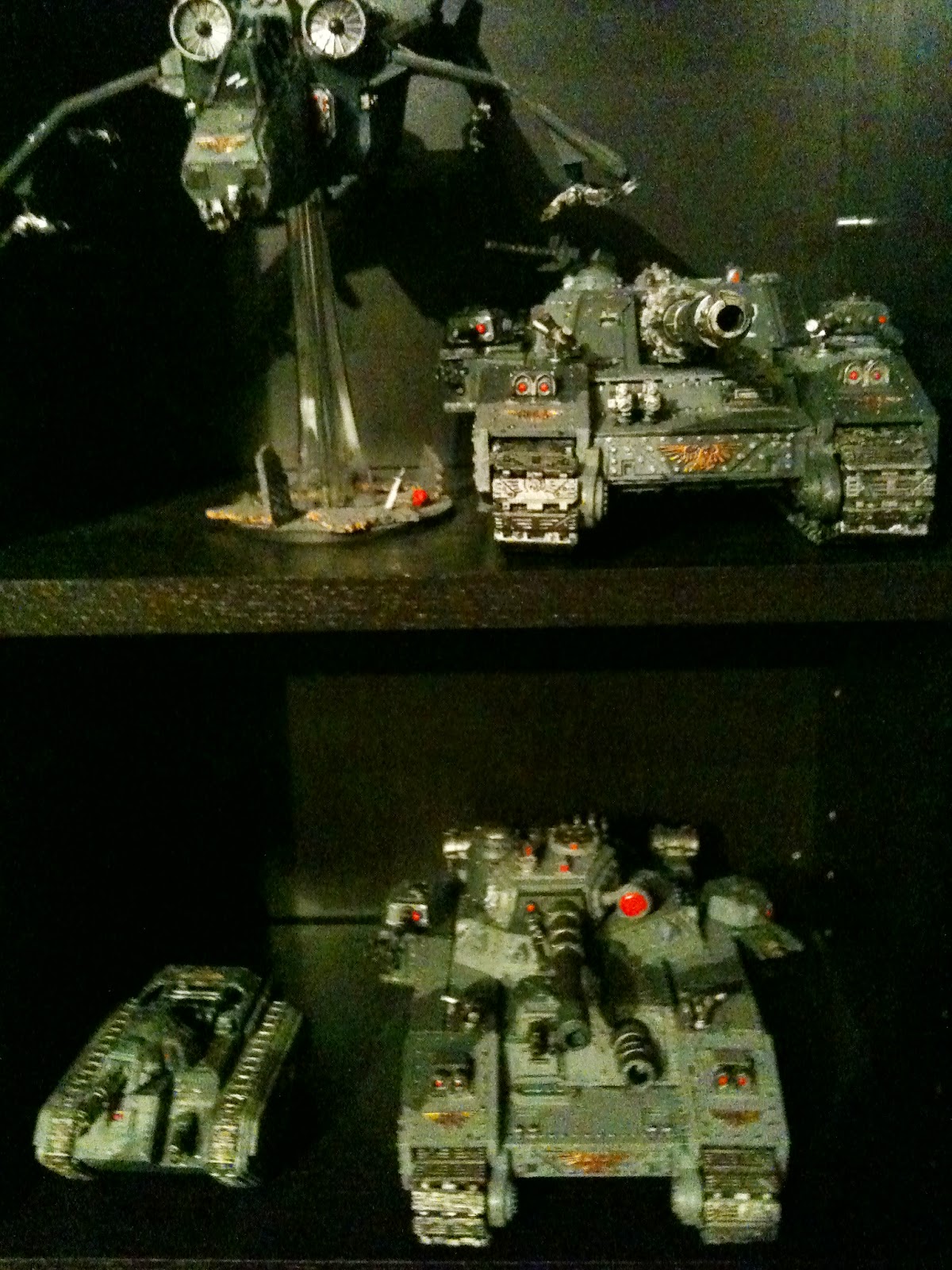 Super heavies for the toughest fights. 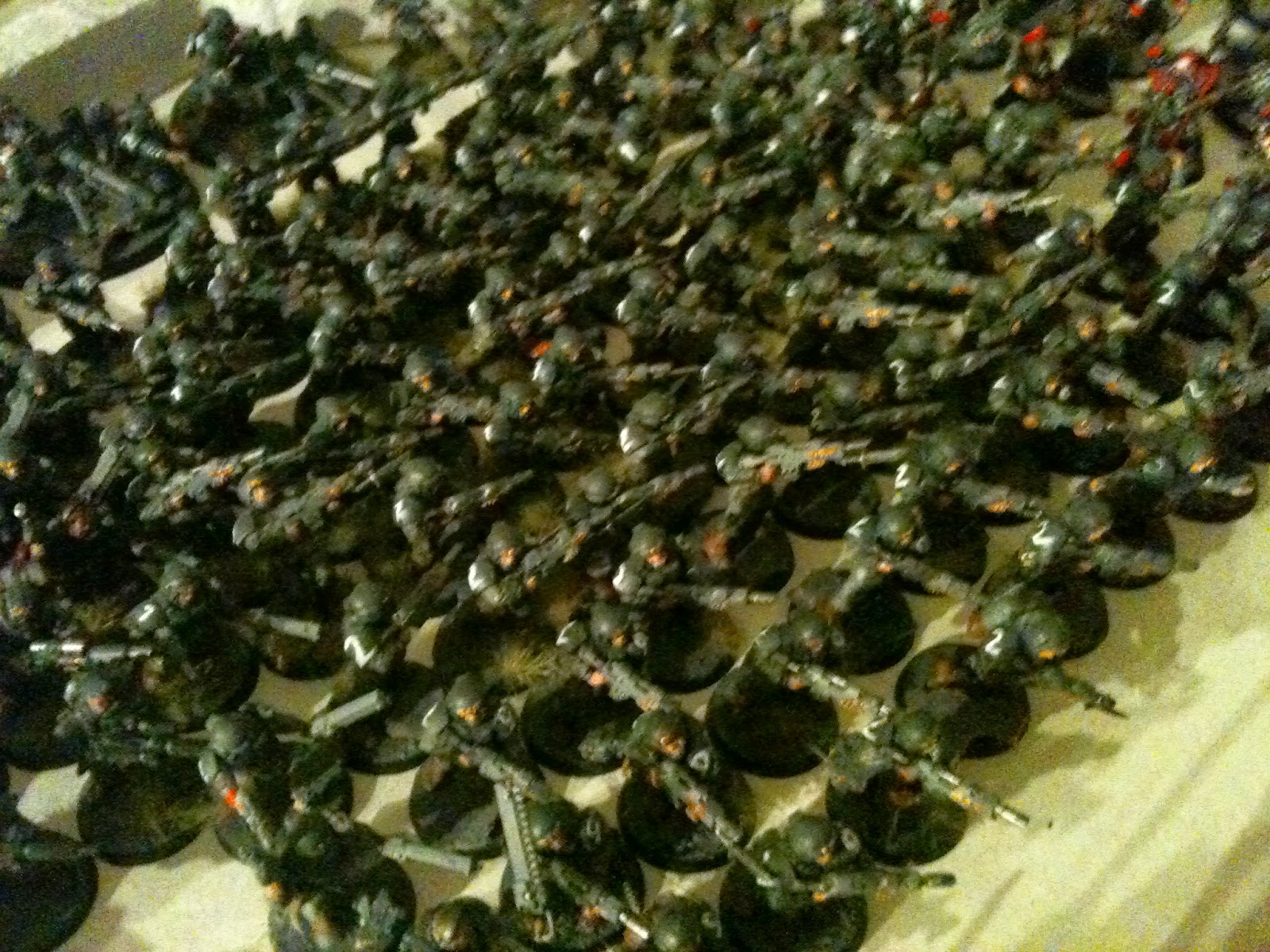 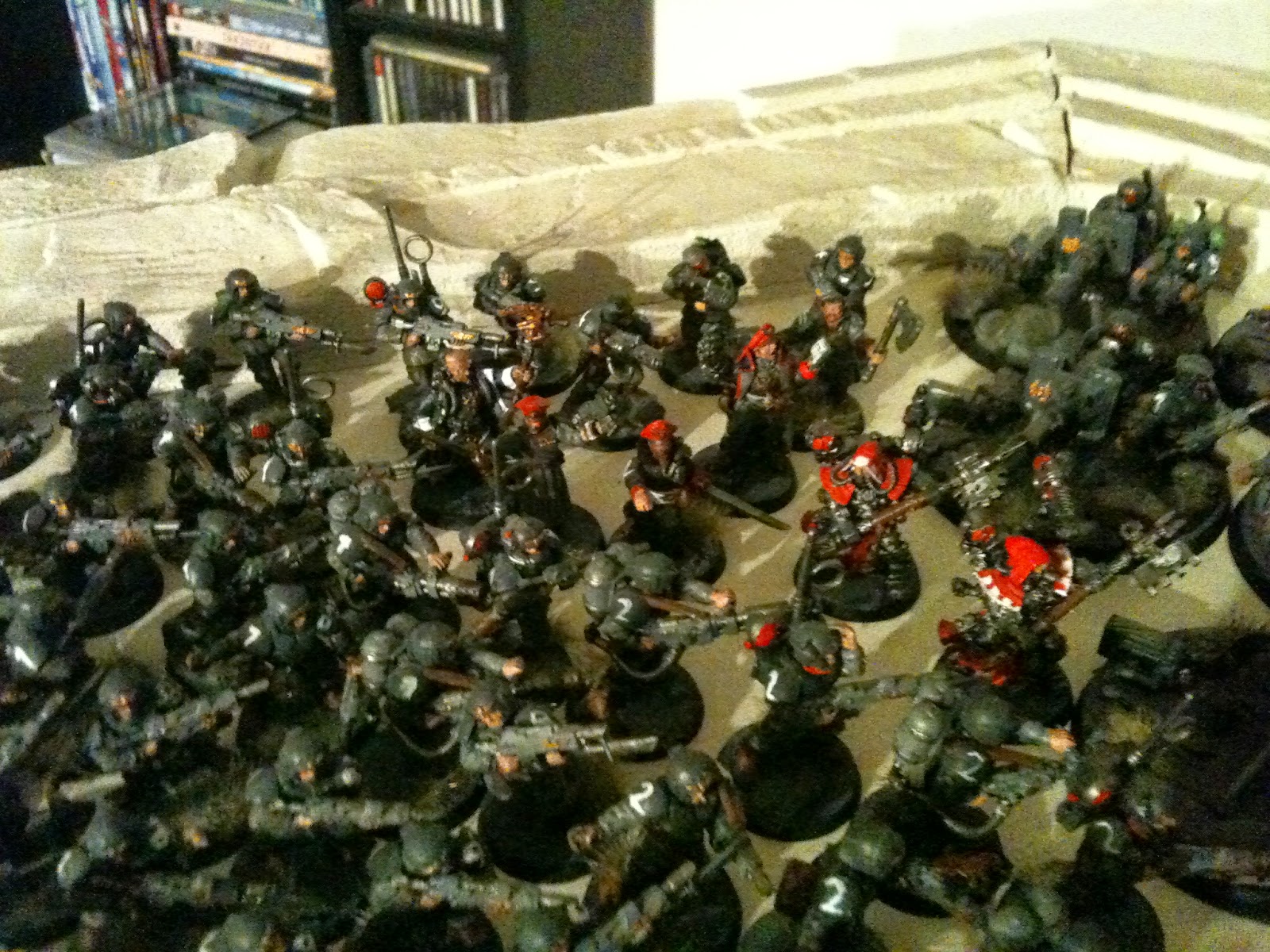 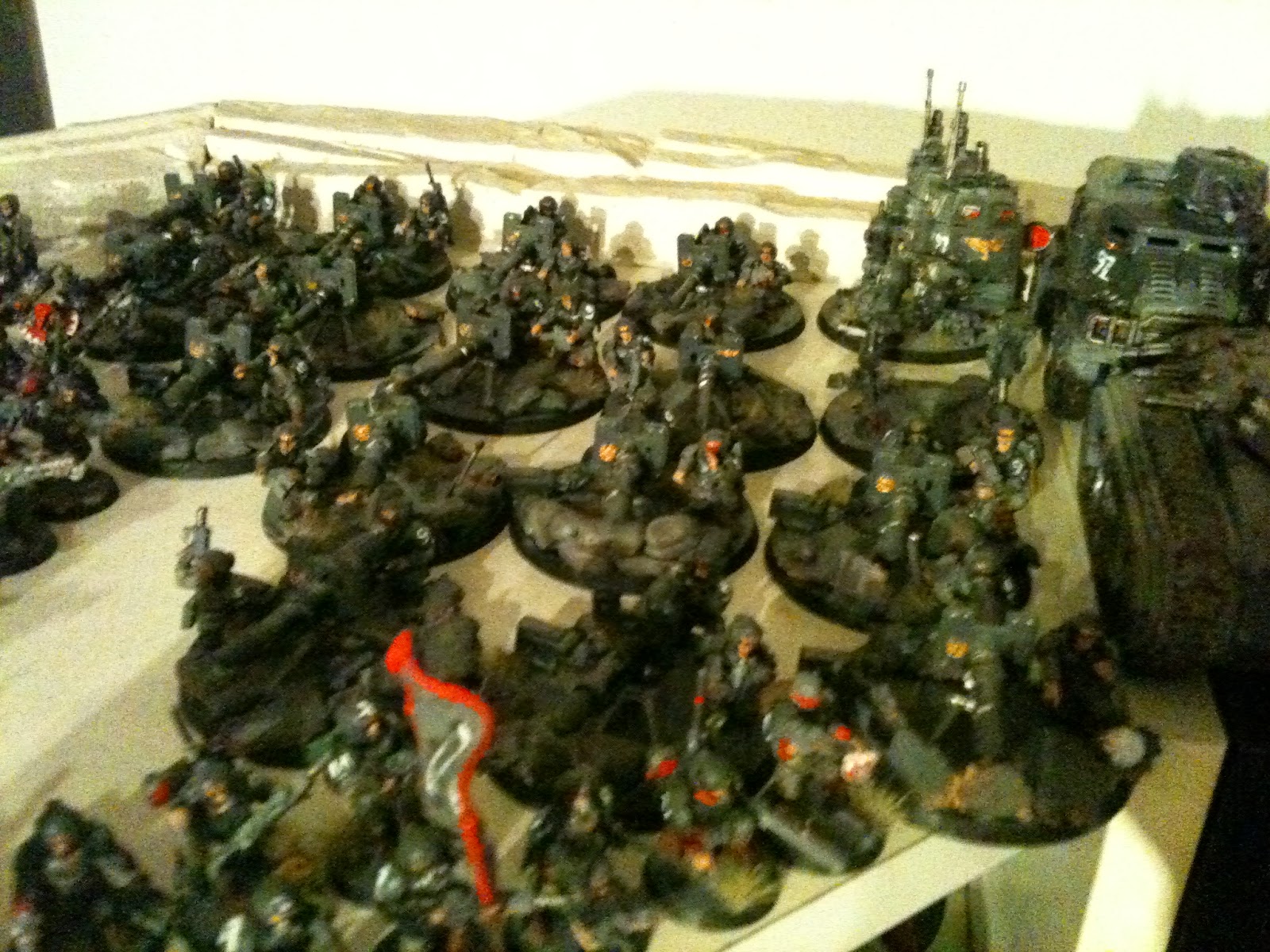 The endless waves of infantry 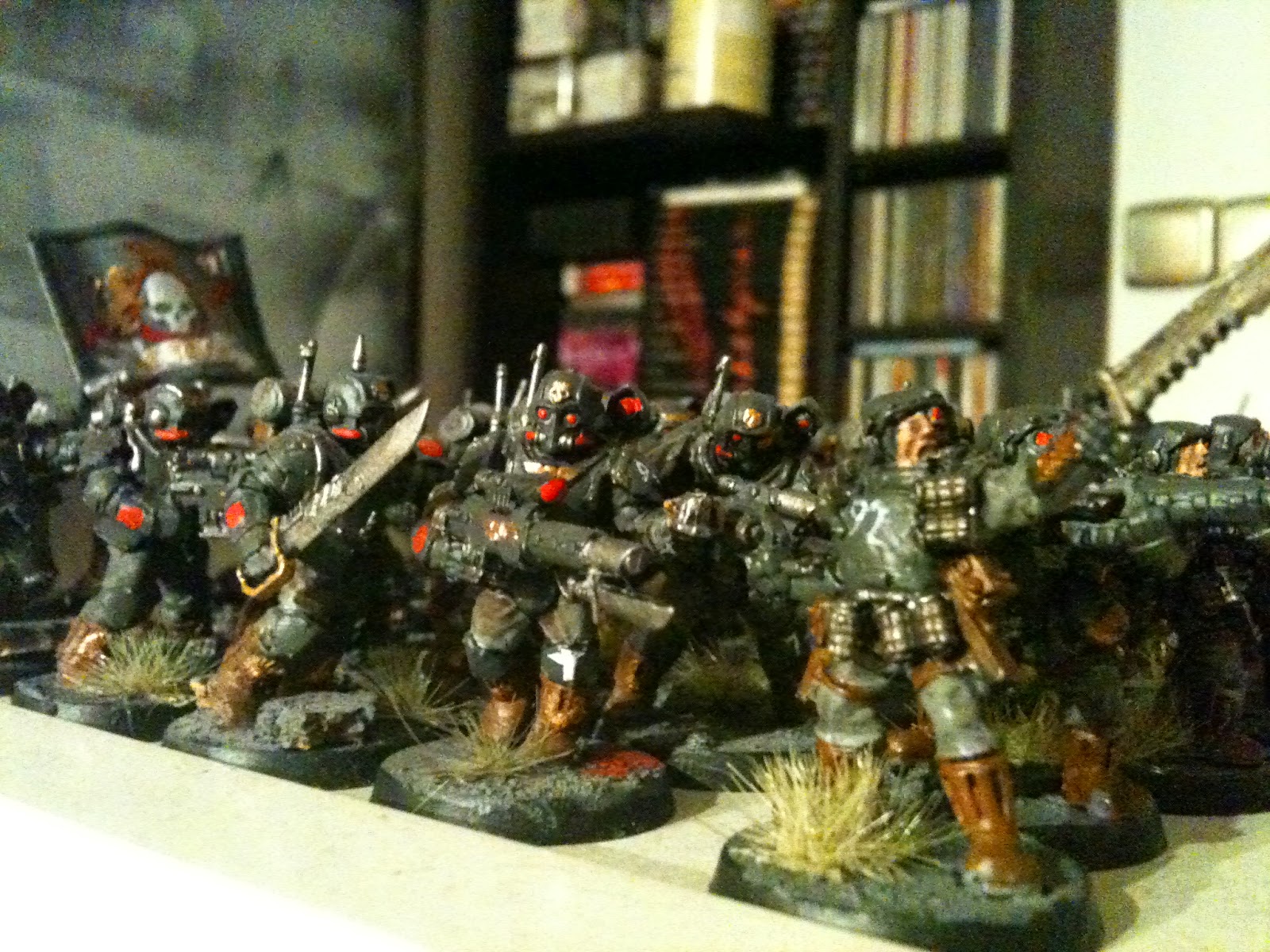 The scions, the elite of the imperial guard.

Which brings us to Roberts.  He used bretonian and empire kits to make a trench warfare scion force, which turned out very nicely. 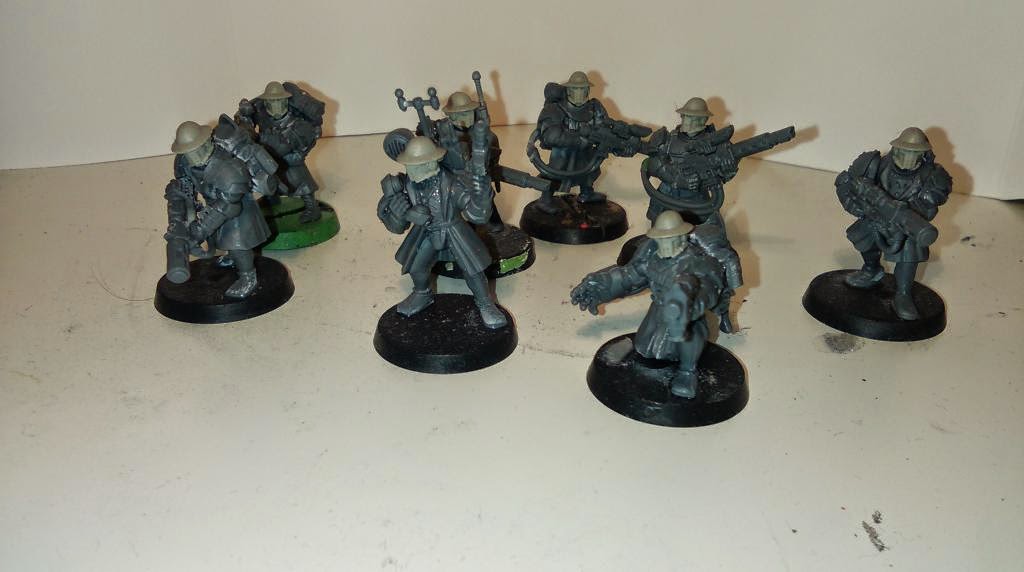 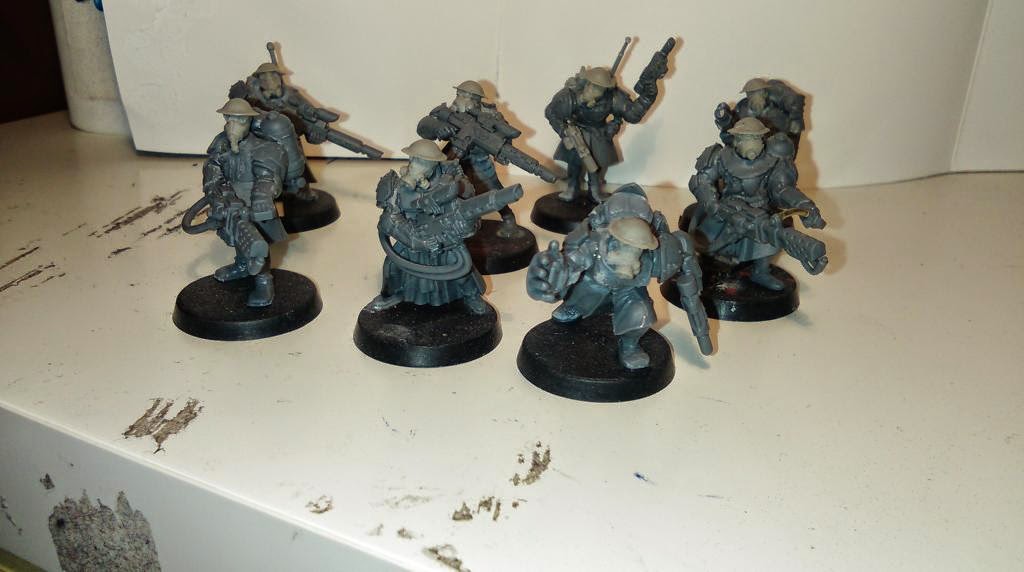 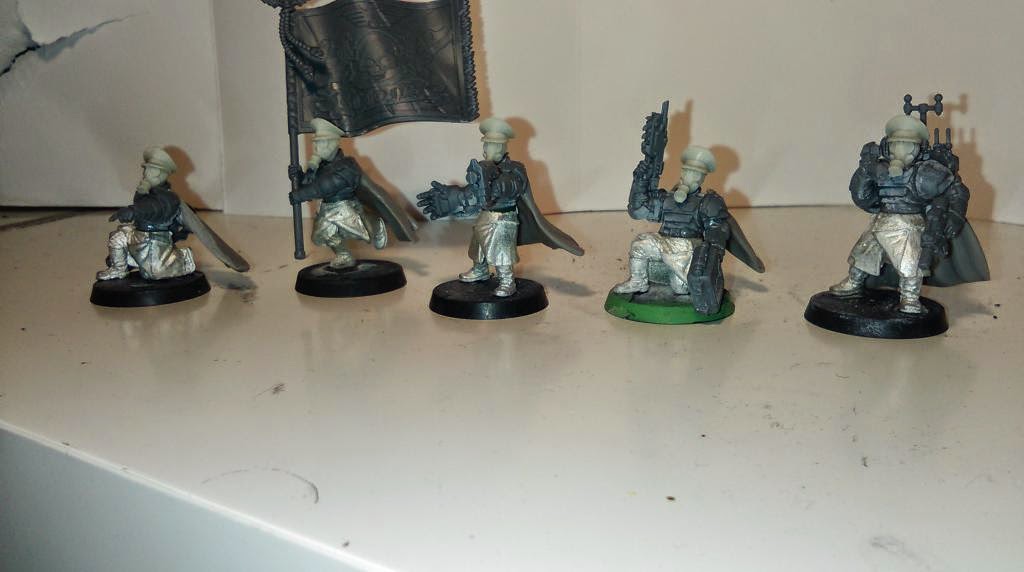 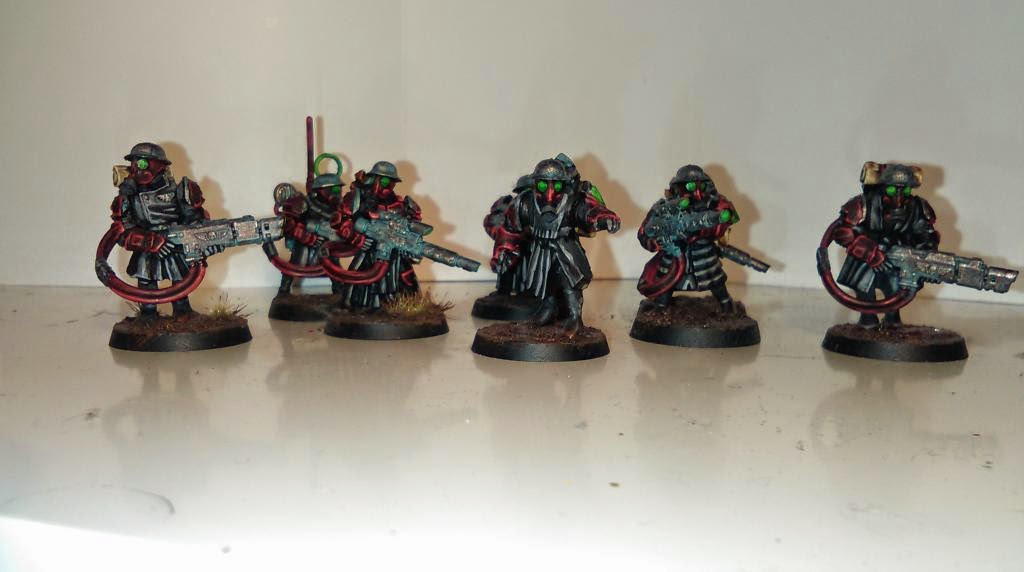 This is a nice way to add flavor to your force and give your scions a different look, without losing their feel.