Half a Mil & More Shield of Baal 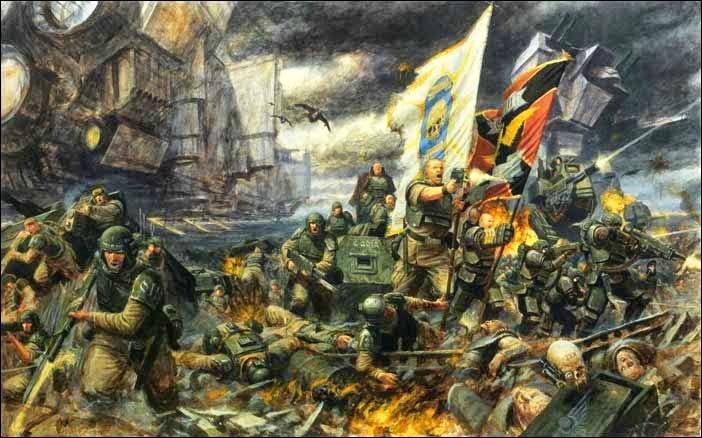 Another milestone has been reached for the blog!  Glad that I have been able to still provide interesting articles to keep you coming back, despite the lull of the last few months.  With little time to actually play 40k its hard to get inspiration to write, so as I get back into it, expect more to follow.  Also some big leaks dropped for the first part of the Shield campaign and it isn't as great as I was hoping.

A little bit ago the blog made it passed 500,000 views!  Weird to think that a year ago I was only a few months into this blogging thing.  I hope to keep providing good content and points of discussion.  There will be lulls, as life demands, and hey I do this for fun and as much for me as anyone else.  Expect more Scion coverage as well as IG, I've fallen in love with them so my blog is going to have plenty of scions.  IG certainly won't go away, as I tend to go through phases and will go back and forth between the armies.

More on the Shield campaign, as a lot of images are leaked now.  While its looking great for the nids, I have not seen anything for imperial players other than in the fluff and a couple of missions.  No formations or units have come up so it looks like this is going to be nid heavy, which is unfortunate as both of the sanctus reach supplements had formations for both sides.  We could be surprised and see some sisters and IG stuff come out when its released, but for now I am going to temper my previous excitement in the case that it is not forthcoming.