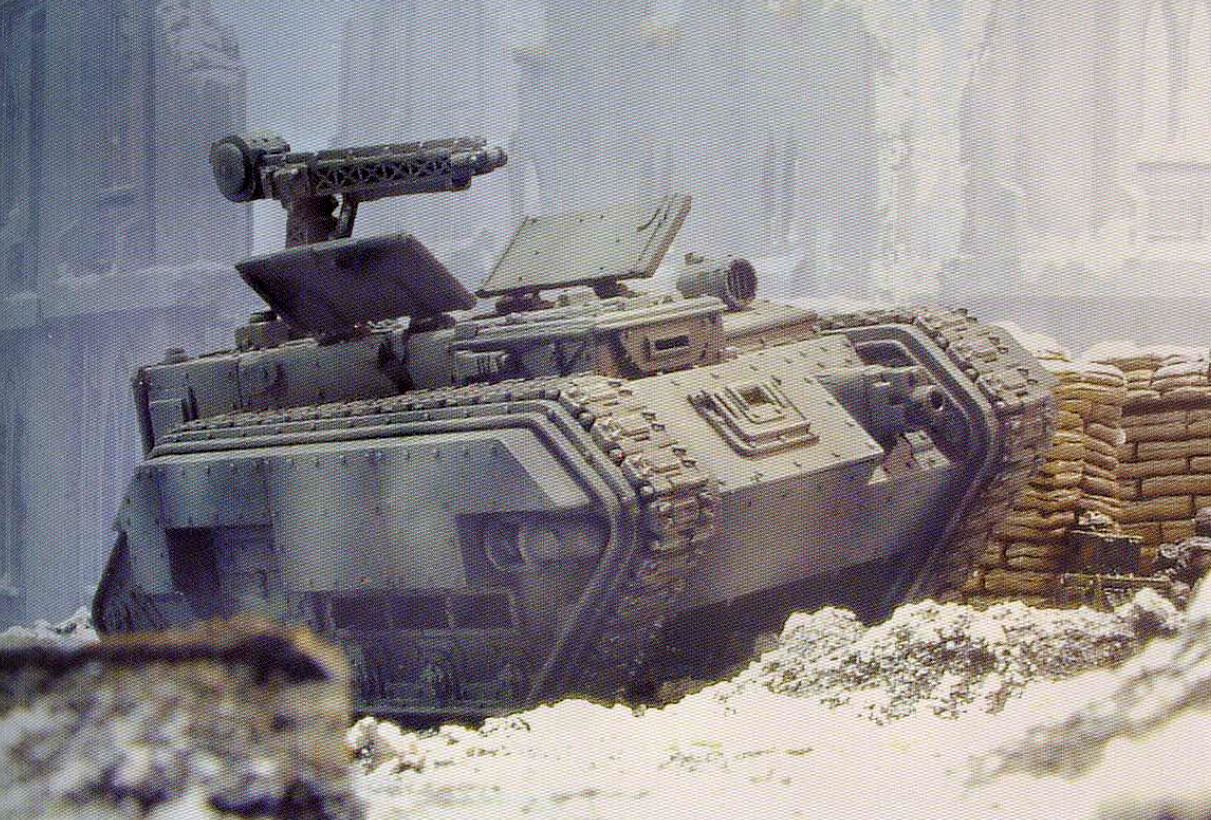 There are a couple of cool little support vehicles for the IG that Forge World has and have some interesting things going for them.  They aren't amazing and I don't see them being a common sight, but they have some good force multipliers if you are looking in that direction.


The Trojan Support Vehicle is an interesting one.  Its cheap for one at 35pts.  Its armor 10 10 10 with 3 HPs and BS 3.  It is a transport (6 models), is amphibious, has a heavy bolter, searchlight, and smoke launchers.  Its access point is the top hatch.  Option wise its pretty standard, can swap the heavy bolter for heavy flamer for free, and then the usual vehicle upgrades at the usual prices.  Where it gets interesting is that it is a dedicated transport for techpriests.  Its support vehicle special rule allows it to give one tank or artillery model within 6" the preferred enemy (everything) special rule.  If you are looking for a cheap transport for your techpriests that brings some nice bonuses to the table, this is a good choice.

You take a unit of techpriests in the Trojan and keep them behind your tanks, the Trojan isn't that big and can hide pretty well behind leman russes.  They can stay close enough to hand out PoTMS and preferred enemy and the tech priest can jump out when needed to repair.  Its really cost effective and you can scoot your techpriests around for little cost and with a nice little bonus on top of it.   Its not terribly durable so keep it protected, but keeping it behind leman russes will do the job most of the time and it will be a low priority target. 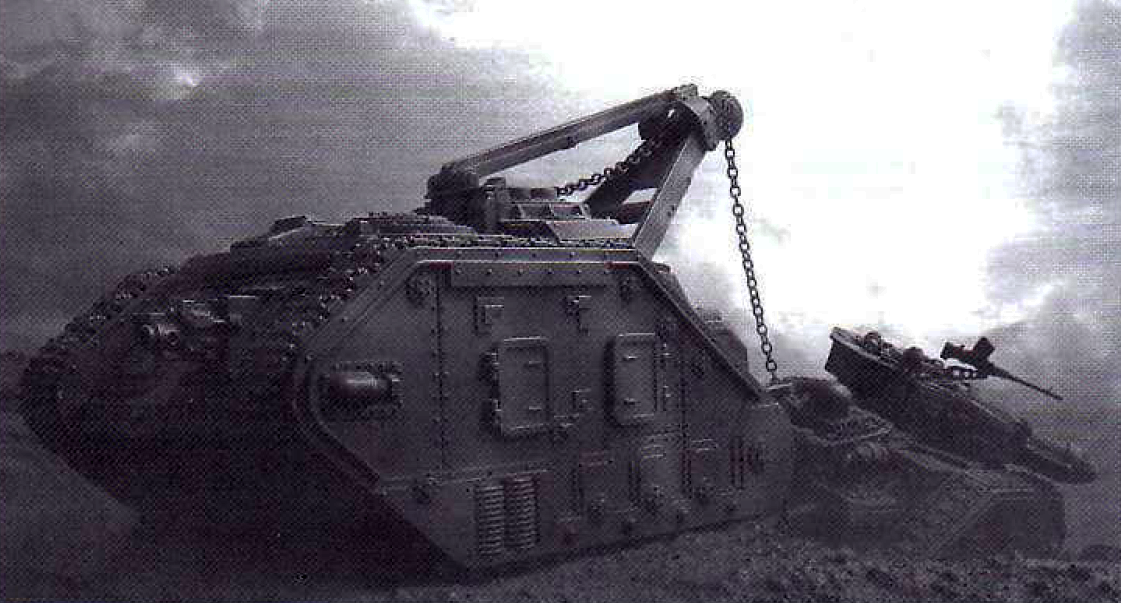 The Atlas Recovery Tank is another that is interesting.  Its 85pts and is an elites choice for Imperial Guard.  Its Av 14 13 10 with 3 HPs and BS 3, it has smoke launchers, searchlight, and heavy bolter and it can take same vehicle upgrade options.  Its special rule is recovery vehicle. This allows it to move an immobilized vehicle if it is in base to base contact with that model D6+2".  If they move through difficult terrain, both vehicles make the required tests.  They must end their movement in base to base.  Any turn that you do this, both vehicles make snap shots.  It can move super heavy vehicles, but move them D3+2" instead of D6.  It can also move an immobile artillery piece, though the artillery piece cannot fire the turn it is moved.

In addition if the Atlas is within 6" of a techpriest, that techpriest can reroll its repair tests and can make an additional one for free that turn, which can be on the same vehicle. This is the really good part.  You keep this near a couple of techpriests and you can rapidly repair any damaged vehicle, with getting two repairs that are rerolling, its a very high success rate.  Its also important to note that the second repair test can be made on a model that is in base to base with the Atlas, as long as the techpriest is within 6" of the Atlas.

This one is more costly, but its as tough as a leman russ which makes it quite survivable.  Its ability to move immobilized vehicles is a great little power, but really its the repair bonuses that make it a really nice option.  Two techpriests are getting a total of four repair rolls that are rerolling.  This works best paired with leman russes, as they are slow and techpriests can keep up with them easily without a transport and use the russes to block line of sight.


Both of these vehicles have some really nice bonuses and are pretty cheap, if you are taking techpriests, I would strongly consider them for the force multiplier effects that they have.  Hope this gives you some ideas.