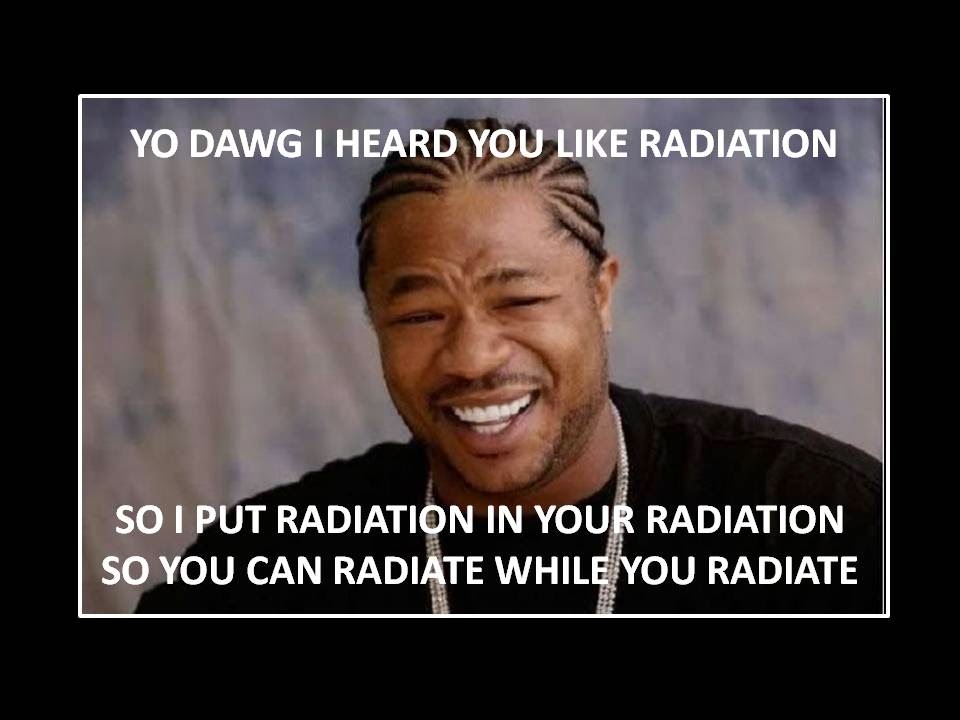 Skitarii are the new boys, with new rules that have yet to be seen how they will synergize into the game. Vanguard have their special rule which causes units locked in combat with them to suffer -1 to their toughness due to how irradiated they are.  With that, I felt like persuing this theme to it's logical conclusion, so lets start pumping out radiation.


What we are trying to do is take advantage of the modifiers to toughness to give an edge in close combat, making a mediocre unit much more likely to kill what it's attacking.  So we have vanguard, whats next?  Rad grenades, which for me I want to get from inquisition.  So grab two ordo xenos inquisitors and pop on rad grenades and whatever other upgrades suit your fancy, though don't go crazy either, a psyker upgrade and force sword is enough here.

So now you have two squads that will minus an opponent's squads toughness by 2.  But you'll need to get there, so either you can walk it, or keep going with Inq to help you out here as well.  Acolyte squads only need a minimum of three and the pyskers are only 10pts apiece with good disciplines, and they unlock transports as DT, you will have to embark turn 1, but its not the worst issue.

The final part will be rolling on biomancy to go for enfeeble, so you can do the whole -1 toughness thing again.  When you find that squad you want to kill, enfeeble, then assault it, bringing down its toughness quite a bit, especially MCs.

This will be harder to do than it sounds of course, but if you can get all of it to work at once, it will be a brutal assault in your favor.

Note: Rhinos and Razorbacks can't carry bulky models, so ruststalkers can't ride in them if you were thinking that.

GG
Posted by Grumpy Guardsman at 10:44 AM