Skitarii Transports and The Fluff 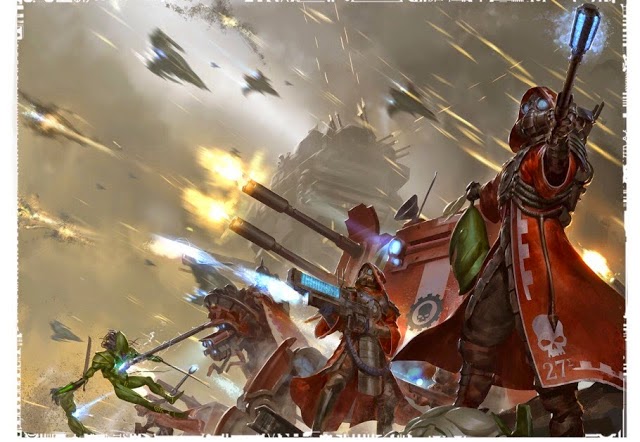 Skitarii have no transport, old news I know.  GW is quite self aware of this missing piece and goes to give an explanation of it in the fluff.  Its an ok fluff explanation, but is also totally retardly silly.  Why don't they have a transport you might ask.  Well its because they got tireless legs, duh!

This is basically the reasoning.  The techpriests don't see no reason wasting precious rescources on their foot soldiers and give them a transport, nah they already chopped their legs off and gave super sweet gimp legs, why would they do any more favors for their boys.
The skitarii are untiring and relentless, and will continue to hunt their prey no matter how long it takes, their walk across that planet no matter the time or cost.  And of course they are great calculators, so when operating with other imperial forces, they'll just start walking early enough to reach the frontline in time.  Super sweet leg calculations FTW!
You can run all you want, but the skitarii just keep on walking, never tiring, and they'll find and kill you eventually.  Hop a planet or two, no big deal, they'll fucking walk there too.
I'm making fun of this, mainly because its easy, but overall the fluff explanation isn't bad.  Its enough to go: Ok I get it, they like walking and don't have transports.  While not making the greatest sense, the Tech Priesthood isn't really known for making a whole lot of sense, so I guess this is in keeping with that.
So Skitarii generals, get walking!
GG﻿
Posted by Grumpy Guardsman at 12:47 PM