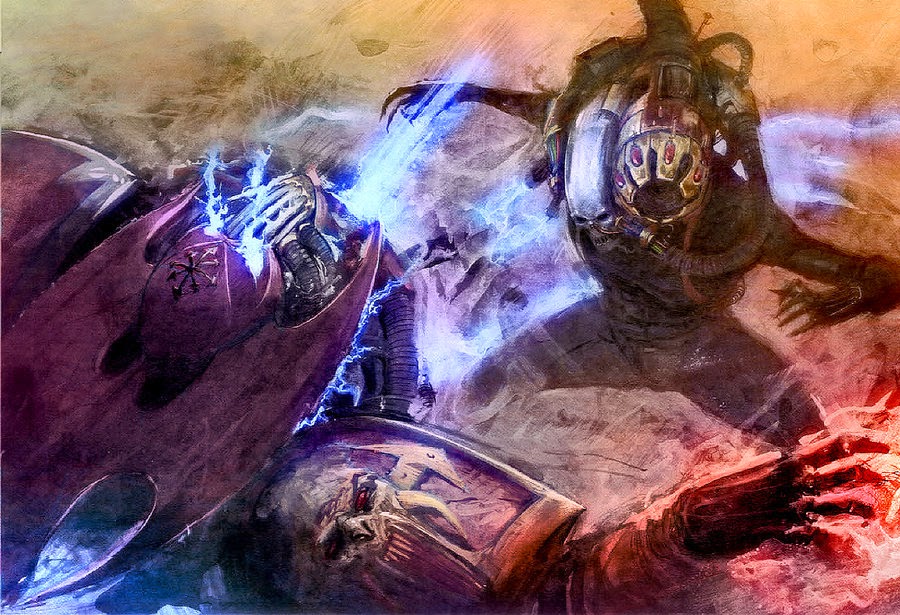 So the assassins are on the loose now!  I would also like to clarify that they are not their own codex, just a dataslate with a few different ways you can play them.  Its a minor difference but an important one, call it a codex and people expect more, a data slate and a few units are more acceptable.  Personally I like this move and all the crybabies can suck it.

I have been reading through it so don't have in depth analysis yet, but basically there are two ways you can use assassins.  You can ally one in, and only one.   They count as Armies of the Imperium and have all the same ally restrictions and availabilities.  Or you can take the formation, which is one of each assassin.  Each gives you a bonus of an extra VP if your assassin kills your enemies warlord, neat little trick that is not too powerful but encourages fluffy play.

From a quick look through, all four seem to be playable, and the cullexes (anti-psker) is down right mean to psykers and will break psychic stars.  The eversor is still a meat grinder and a great choice.  The vindcare is good, minor tweaks but a solid sniper.  The callidus is a little quirky but has some nice boons that makes it worth bringing.

All in all I am happy, now I just need to start modeling these guys up!