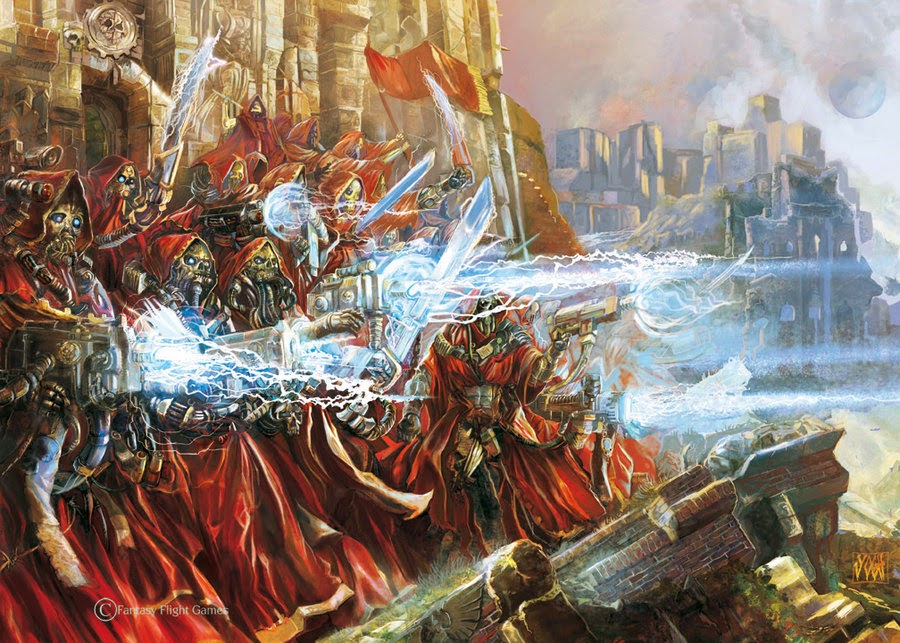 The new rumors going the rounds is Admech, with skitarii being the main event in the rumors.  I really don't know, I want to believe it, but its hardly the first Admech rumor to come about.  For me the hard part is that there are no pics, of anything, and the rumor mill has been on lock down for quite a while.  Being that unless pics are leaked, most rumors have not panned out.  But who knows, maybe a pic will be leaked soon or this could be one of the few cases where the rumor slipped the cracks.

And I'll be honest, this is one of my top wants for 40k, next to deathwatch. So as much skepticism that I have, I really do hope this pans out.  If it does, I don't expect it to be a big codex, this will prob end up being Tempestus like codex, small amount of units, but ones that are very functional and multi role, capable of being built to do different jobs.

By the rumors, there should be some interesting walker/mc, hopefully mc, but GW is deluded in thinking that walkers are good so it'll prob be a walker.  In the end though, we will see.  Just don't want my hopes too high.