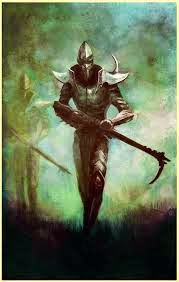 The Dark Eldar are coming soon, and while it is not sounding like a huge shake up, they look to be getting a decent update.  My hope is that they will shake things up a bit and be a strong army to compete.  We will see but I am hopeful


I do have a bit of a soft spot for Dark Eldar, I had an army a while back, which I unfortunately sold. To be honest though I bought a lot of the wrong things and my army sucked, and the money went to good use.  So I have a chance of starting over now and getting a new army.  I like the DE because they are the polar opposite to the Imperial Guard in so many things.  Incredibly fast, fragile, but capable of really dealing with CC while being good at close range shooting.

Oh and they are getting the bomber finally and she is a beauty! 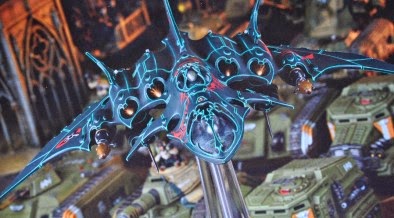 And it looks like from the White Dwarf she will have more weapon options than before.  This could be a huge boon to DE, giving them a strong anti armor boost that they need beyond haywire grenades.

I do hope they shake the meta up, and part of that I hope is the baron going bye bye.  This will affect eldar and help to lessen some of their powerful builds.  Mind you it won't make eldar suck as wave serpents are still amazing, but dealing a blow to the psychic deathstar is something I would be happy about.

If they get the right tweaks though, they could be really powerful and affect some of the stronger armies.  They have the speed and potential shooting/assualt to hurt eldar and tau, as well as multiple Imperial armies.  If they get a few more ways to deal with knights, then we'll have an army that will need to be taken into account and help shift things about.  Honestly I would love to see some pure/mostly DE armies rather than Baron/Blaster born + other army.

So hopefully this is a decent update, and I look forward to gunning the bastards down, and maybe being a little evil myself :).