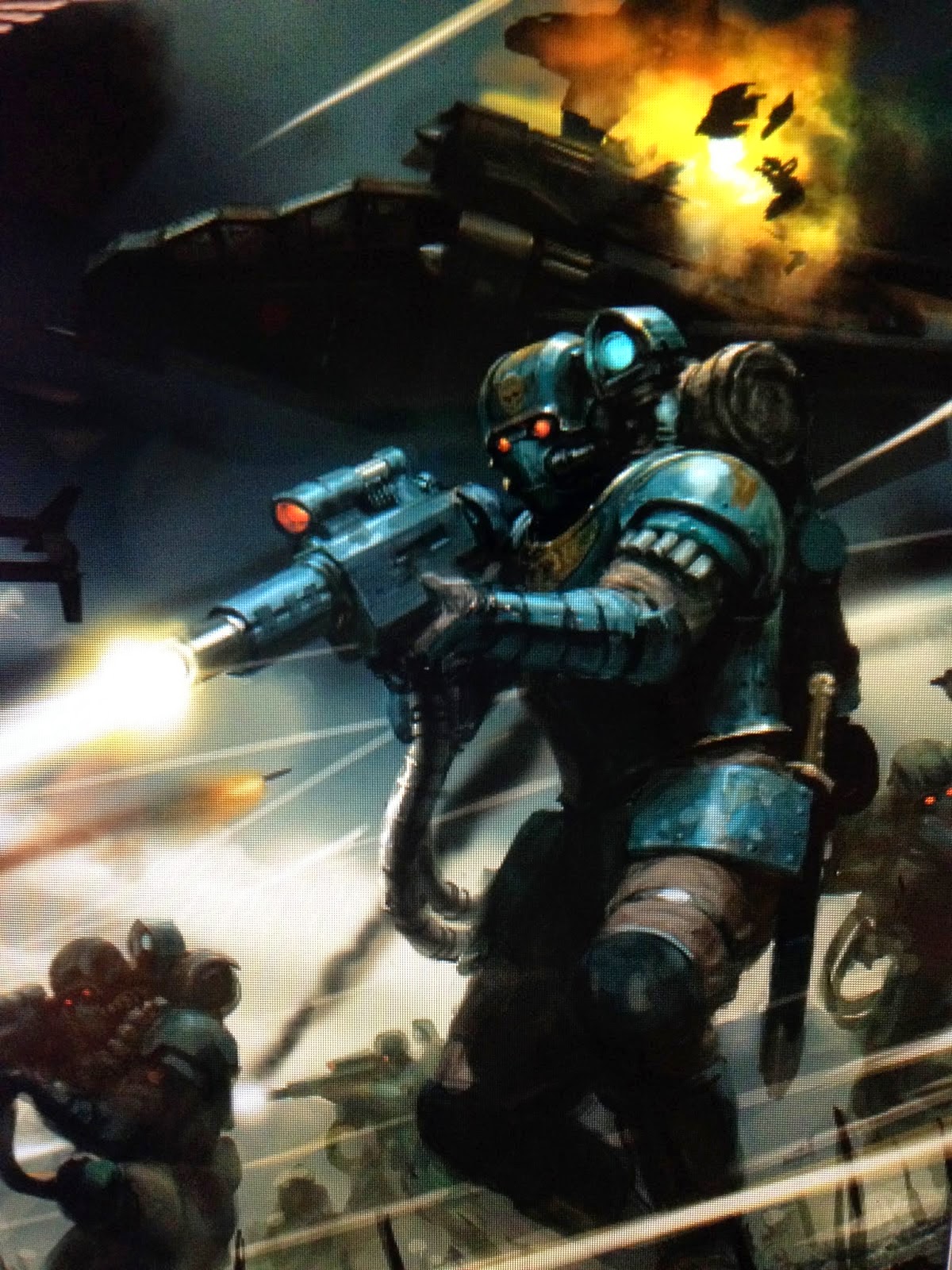 Now for some hobby tips.  The Scion kit is a pretty nice kit with a lot of good options for making your scions.  However there is a bit of a gripe when it comes to the plasma gun, instead of it being aimed like the other weapons, it is posed being carried on the side with a pointing finger like that is the dangerous part.  Not a problem if its on its own, but in multiples they tend to stand out like a bunch of accusing clones.  Not to worry, with a spare plasma gun and leftover bits from the kit it was not too hard to get a better pose out of it.

To start off with I used the plasma gun from the catachan command squad kit.  The cadian one was just a little too close to the shoulder to work.  I then used the spare arm bits from the kit and with a little knife work was able to get a new pose. 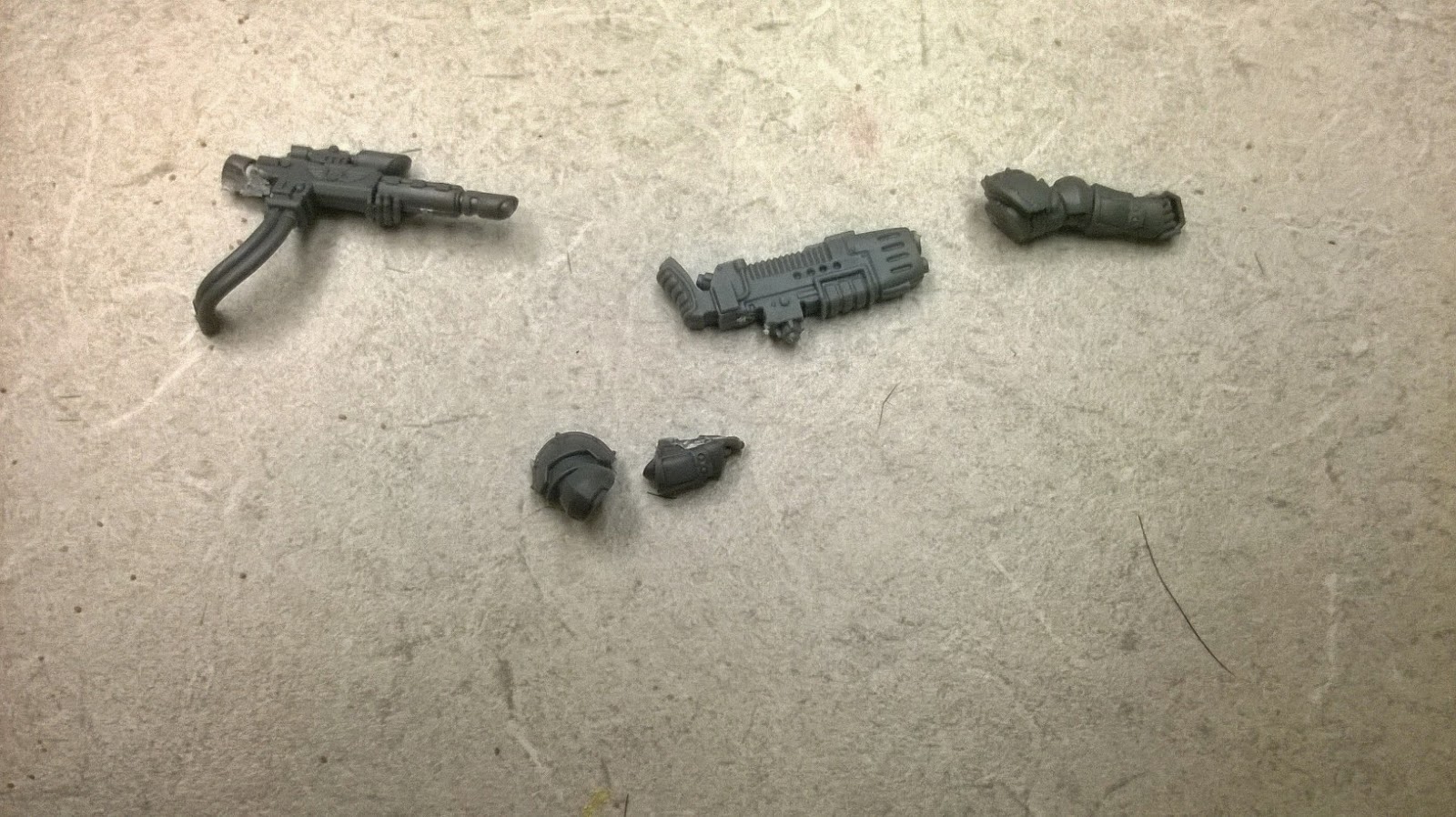 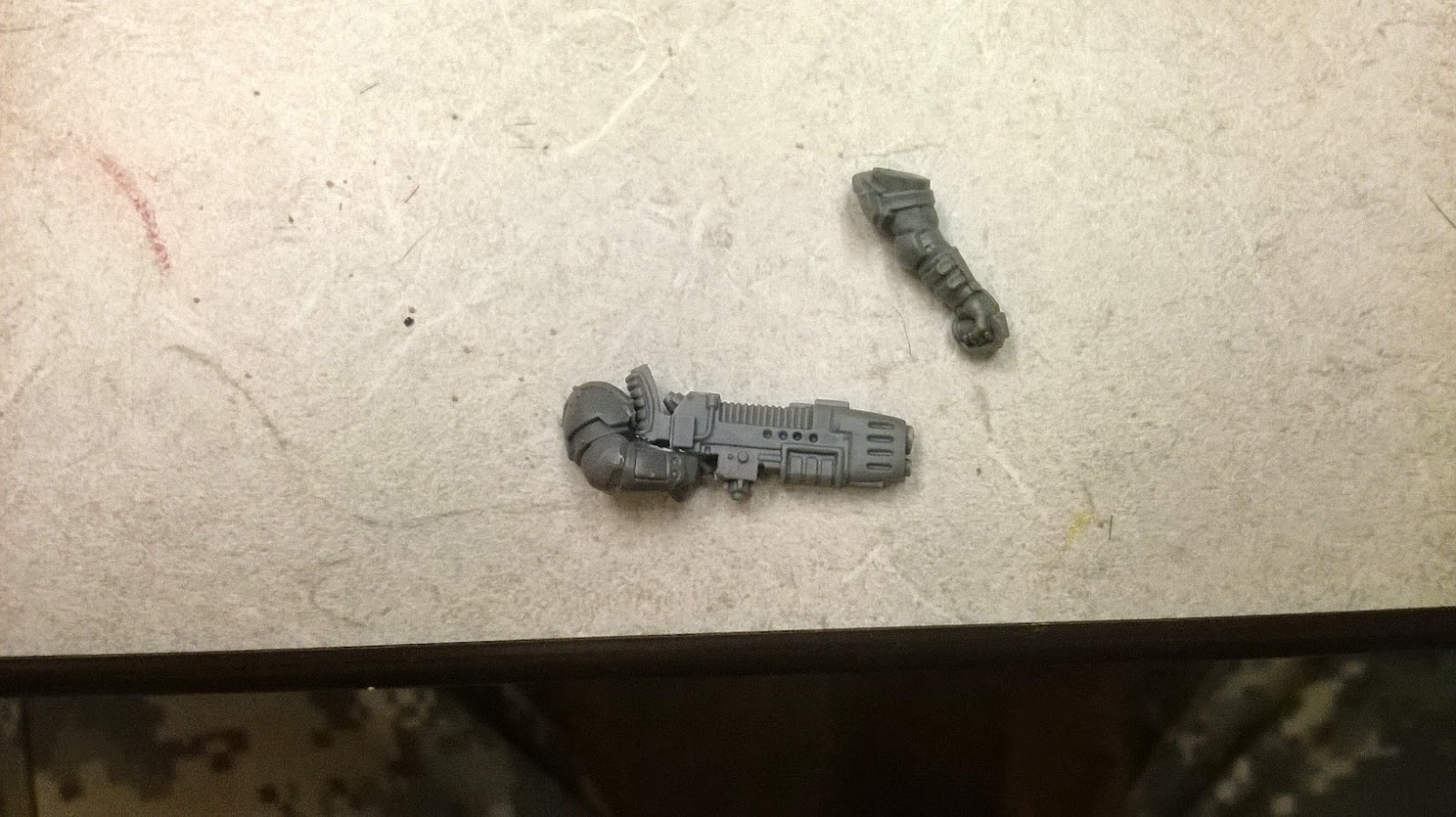 Now this was done with spare bits, so my pose options were limited to the arms I had left.  But if you are starting with a kit from scratch you can get just about what ever pose you want out of it.  Here is what mine ended up looking like. 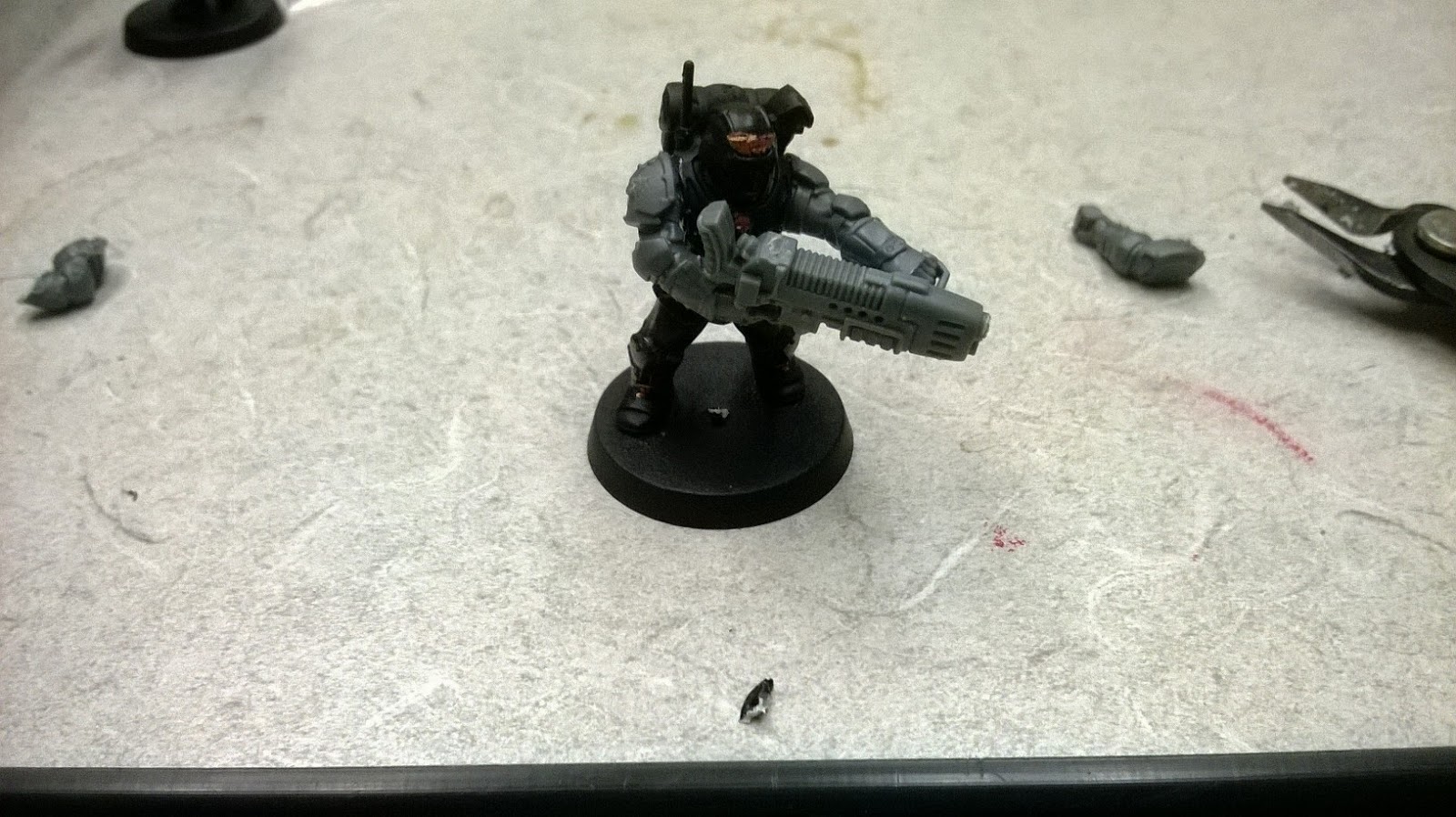 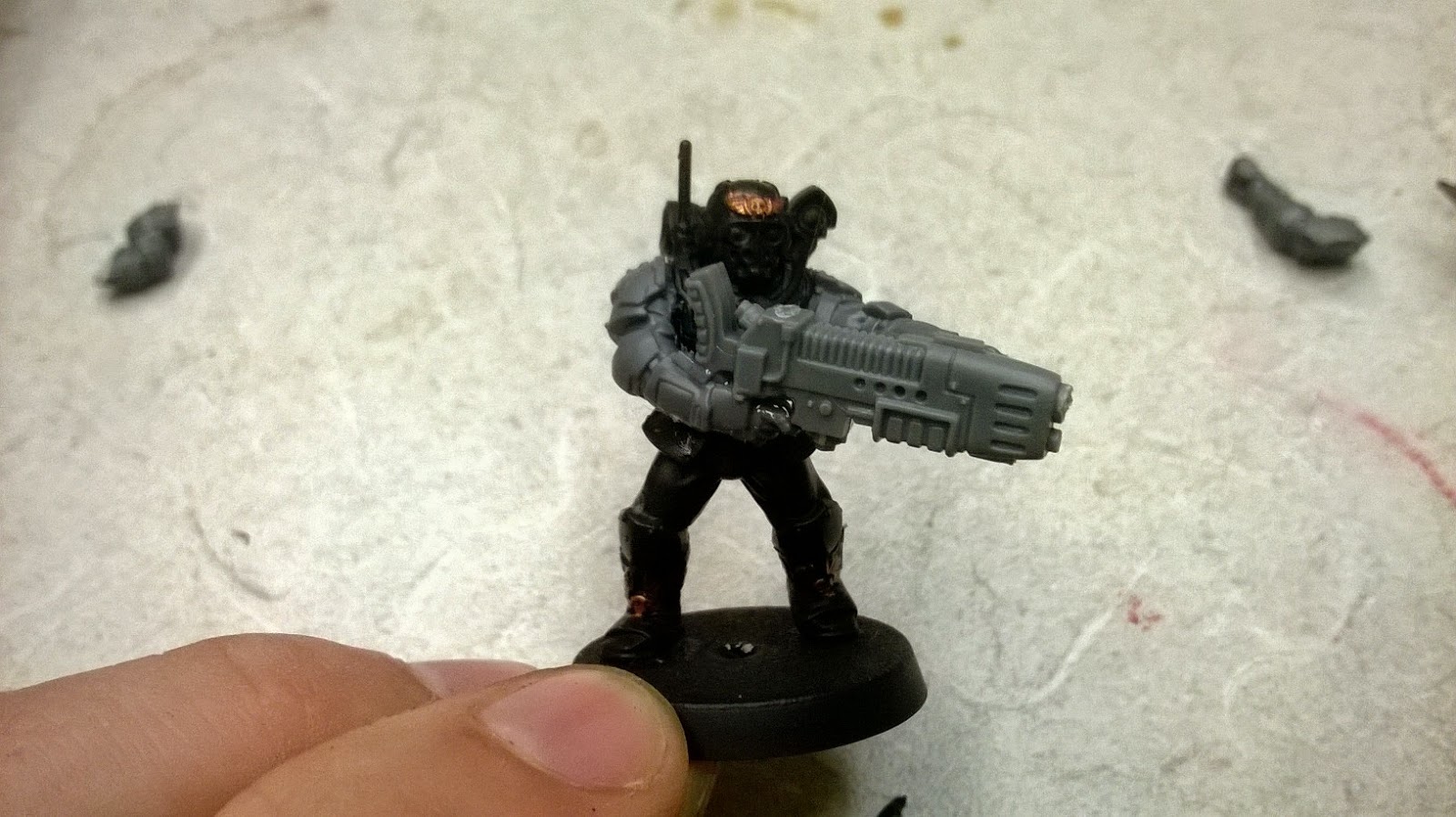 Hardly the best pose ever but its an improvement on the standard one.  Like I said though, this was just with left over bits, if you have a full kit you can make quite a few poses out of it.

I know a lot of people, myself included, are not a fan of the standard plasma gun pose so here you go, an option to consider and it was really not hard to do.