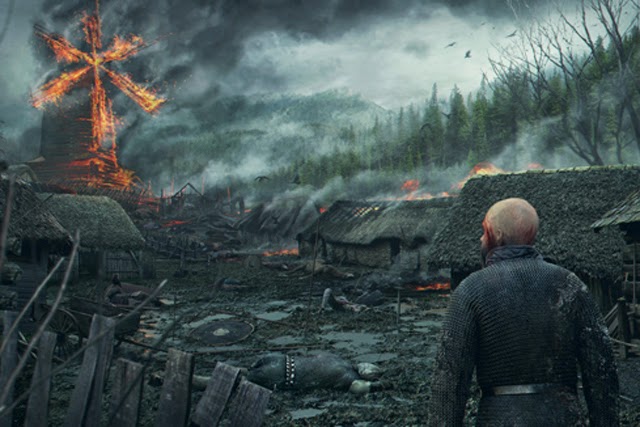 So I have honestly not being doing a whole lot of 40k lately, lifes been busy and I have gotten sucked in to a new game.  Life is Feudal.  Its a newer release, but is only in pre alpha stage, despite that its quite fun with some tedious parts.

Its an online MMO, not really an RPG though, more of a medieval simulator.  You are a peasant with no skills other than being able to make stone age tools and dig holes.  The game is skill based, so the more you use a skill, the better you get at it and when you get to a certain point you unlock the next tier.  So for example you start off with basic terraforming (digging), you can lower the ground or fill it if you have dirt, as you go you learn how to flatten terrain which you need to build larger structures and projects.  Once you get to 30 in terraforming, you unlock construction materials preparation, bascically you can build the stuff you'll need to build finished products like houses and such.  Once you get cons. prep. to 30 you unlock construction, which allows you to start building things.

The thing that makes this an online game that works, is that you will have a skill cap, ie a maximum number of skill pts you can have, making it impossible to know everything.  So you will be specialized, which highly encourages teamwork.   Now it depends on the server, as some have a max skill cap which allows you to rank up most if not all skills.  Otherwise you'll have to decide at one point what trees you want to advance and what you are ok leaving lower.  This really helps the game a lot from becoming an online deathmatch, where everyone is running around just fighting.  Communities pop up and compete for resources, so combat does happen, but its not the whole part of this game.

And it is hard to craft stuff, you have to level skills up and have help, making a rope for example requires multiple steps.  First you get the flax, you can find it in the wild or grow it, you place the stems in a tanning tub an wait for them to finish.  Then once done you have a spinning wheel and you use that to make a ball of linnen.  Then you need weavers tools to make the rope out of the linen.  Its a process, but once you get multiple people skilled up in different areas, you can start to make things much faster.

The game is an alpha, so a lot has yet to implemented, esp in the combat side.  You still have enough though to go into different areas and different fighting styles.  Missile weapons are not fully fleshed out so its something to see in the future.

Overall its a lot of fun for a very rough game, if you like the realism aspect of things, this is one to play.  If you want to wait for it to be more fleshed out, that is more than fine, but as an alpha its a playable and fun game.

So thats where I have been for the last two weeks (other than work).