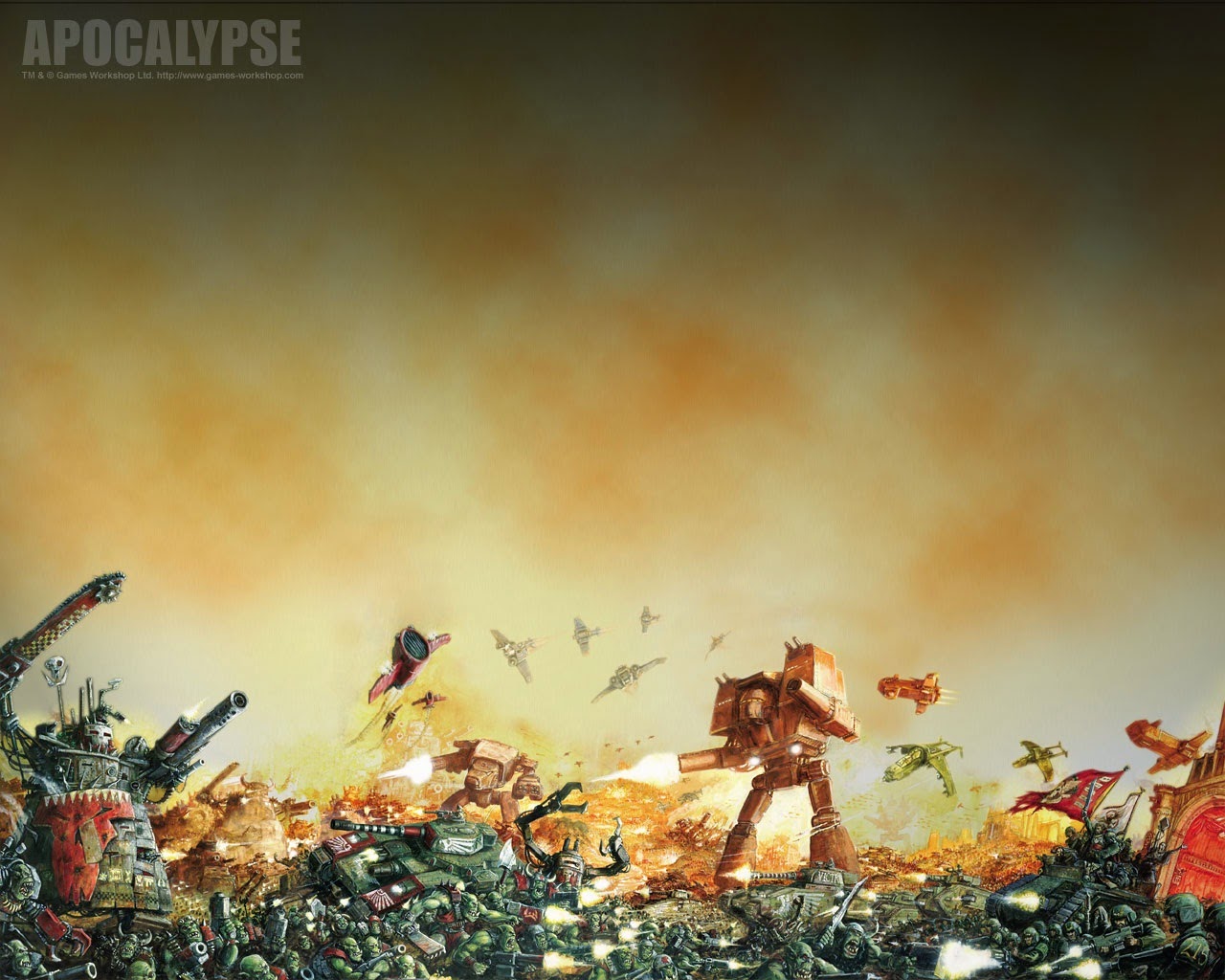 A couple of interesting things are going around in the community that I wanted to talk about.  One is on the issue of GW business practices and support, and the other is rules changes and nerfs to the game.  Both are interesting but I think flawed in the end.  People having issues with GW and their business is no new thing, and I don't think this petition is going to change a thing, and it doesn't help that its coming (seemingly) from only one segment of the community.

Lets talk the petition first.  If you want to read the list of demands, head on over to BoLS and see it as its up there and plenty of other places.  If you aren't familiar with it, it boils down to a few things.  Support tournaments, streamline the game to be more competetive focused, better prices, support FLGS, do market research.

For the last one, yeah duh, you'd think at least.  However if you think a silly petition is going to convince them to do this, you are deluded.  This will only happen when people in the company think its important to do so.  To me market research sounds like a basic idea, but hey, its not my company.  Better prices, sure, thats never been screamed about before.  This though is probably the most appropriate "demand".  While GW has the best models quality wise, its a pretty penny to get into their games.  They have done better with their boxed sets for the most part with pretty decent deals, making it a bit easier to get into an army if they have one of these, but they are def still expensive.  Here is the hard part though, what is the right price?  You'll never get to one, its always going to be too much for some till its free.

If it was me, I would reduce the prices of Codex's, keep them at the 25 range.  I hesitate to say how much models should be reduced by, because frankly I don't know what their costs are, but they aren't cheap despite claims to the contrary by those that recast (completely different).  Suffice it to say, they could reduce some costs even if its  few dollars here and there and make a profit.  Mainly I would keep the books lower to encourage people to buy more codexs and then more armies.  Digital prices I would lower too.  But heres the thing, without market research, I don't know if that is necessary.  Are the costs prohibitive?  I think so and many say so, and yet products still sell out.  Demand is there to meet supply, so is change necessary?  Honestly till demand does not meet supply, there is going to be no change, so good luck.

The other parts of the petition are silly in my opinion.  They also want a better designed website to support hobby and such.  Really?  The website is whats holding you back?!  Could it better, sure, but that really isn't the question here.  Does the website allow the consumer to easily navigate products and purchase them?  The answer to that question is yes.  If your looking for more, eh good luck.  Sure their hobby stuff/blog could be better accessed.  But GW is clearly pushing this content through the WD.  I just think this is a silly demand, how did you come to a consensus for web design?  I'm fine with the site as is, its easy to find what you are looking for army wise and for purchasing, don't really see what NEEDs to be changed.

Then there is the tournament aspect.  Why though?  Do we really need GWs stamp of officialness on our tournaments.  I actually like how they have approached it with 7th.  They laid the core framework, but let us be in charge of some of the little details.  When did we become so hide bound and limited to what GW on high said.  Variation, homebrew, created units, campaigns etc used to be accepted.  You wanted to create your own special scenarios for 40k, modified rules for units, things like this used to be the norm.  And 7th is much closer to this.  But there is a part of the community that wants stricture, wants their left and right limits clearly defined.  And I get that.  But since when has any tournment, especially the major ones, had the same rules?  There is always a different set so I really don't see the need for us to have a GW approved tournament circuit.  I think we can handle that on our own.

This segways into nerfing, or really to clarify it better, modifying the rules that we play by.  I am not opposed to this in principle, but I think this is hard to achieve in practice.  How is this enforced?  If every major event played by the same FAQ, this might be somewhat achievable.  The problem is that it is by nature subjective.  Its hard to get everyone to agree on what is overpowered, and what is an acceptable solution.  Ideally enough people write in and this gets an FAQ change, but if not, its hard to get an agreed to consensus to change the game.  And who has the authority to do this?  Its all arbitrary in the end.  TOs have no more real authority than I do, other than at their events and me in my house.  If enough groups and events can agree to the change then this can succeed, otherwise we are all just playing different versions of 40k.  And maybe that is ok, maybe we should be ok with that.  Its encumbent on the player to know the tournament or event rules before attending and if there are important differences to how they normally play, nothing new here.

So I guess in conclusion I think these are good intentioned attempts, but flawed and I don't see much chance of success coming out of it.  The nerf thing could succeed, I don't think its needed, but hey thats my subjective opinion.

Posted by Grumpy Guardsman at 3:25 PM