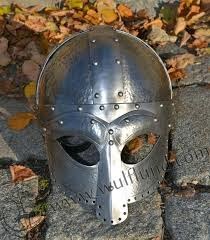 Alright, now that I have talked about the Knight codex and the rules, I want to go over the kit itself.  Obviously its no secret that I really like the kit.  First off its got lots of detail and is easy to put together.  It also is easy to pose and many parts don't require glue so you don't need to even decide on a static pose and can change it as you go.  Magnetizing was pretty easy.  Now I wanted to go with a helmet that was more norse looking and less medieval.


This is where I went, I took the skull helm and chopped the bottom.  I use the other helm picture to try and take the side cheek plates and use them on the side.  I ended up not using them and just went with green stuff.
﻿ 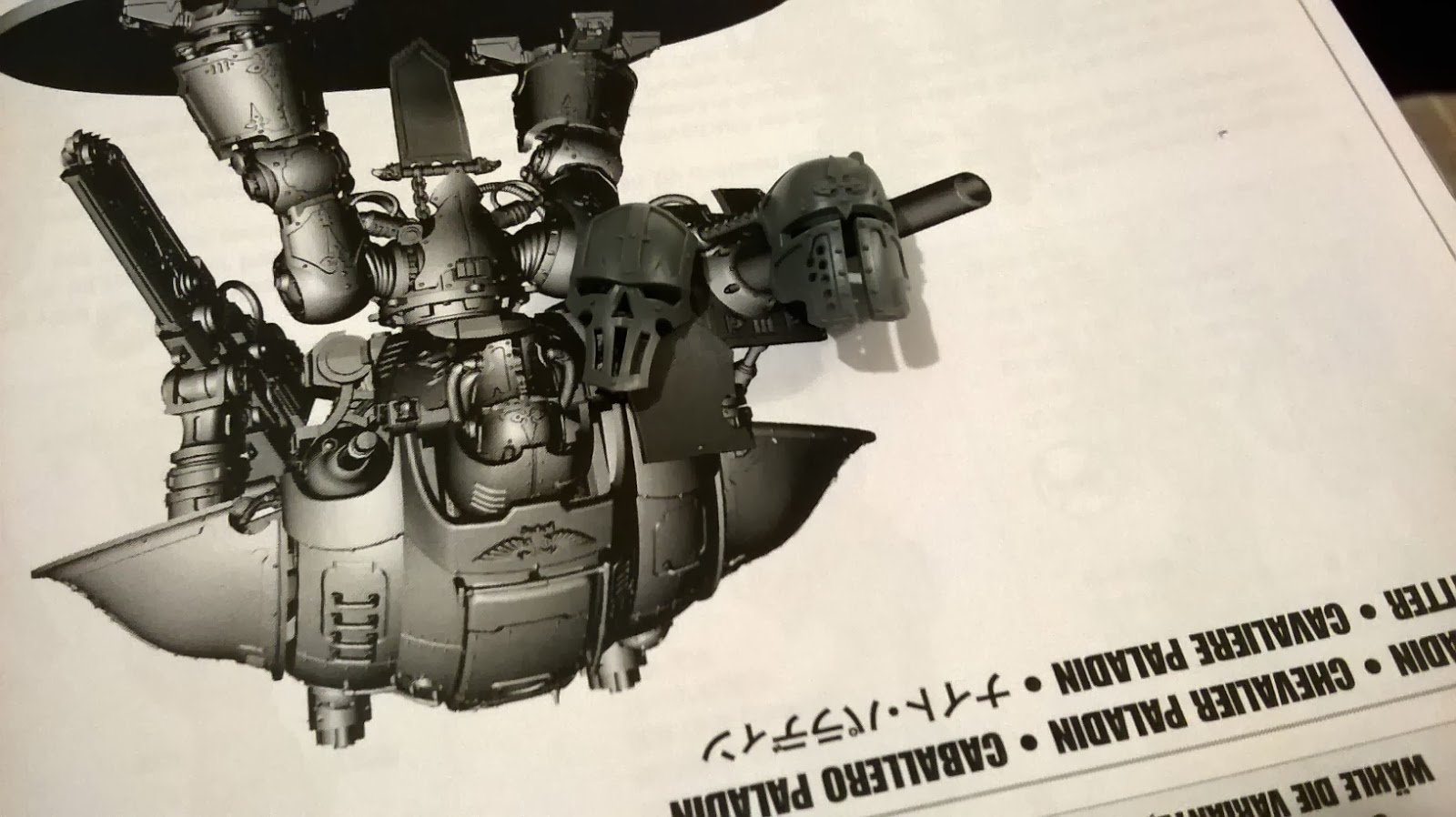 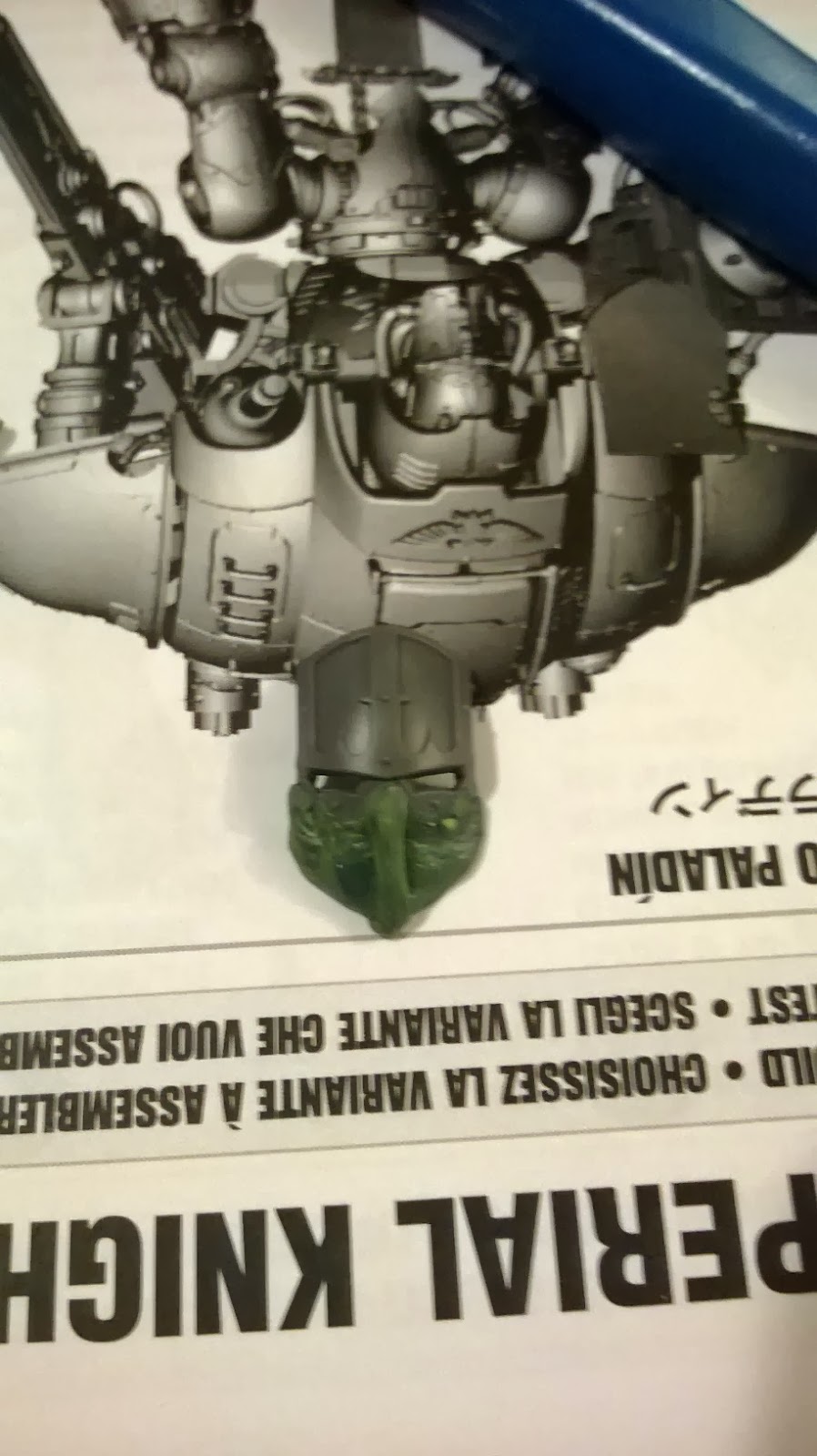 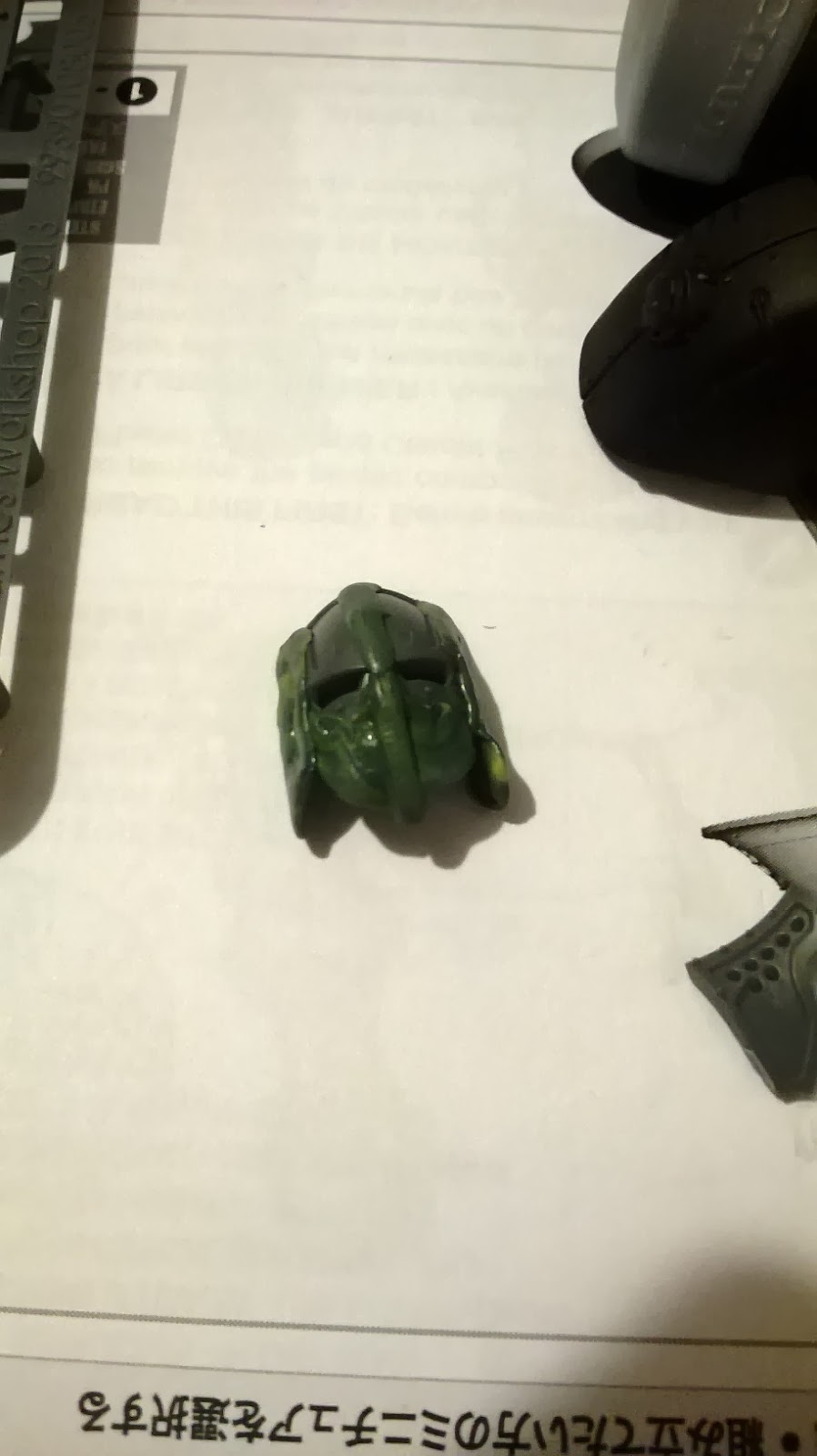 This was pretty easy to make and the hardest part was just leaving the green stuff alone to cure, as I kept wanting to fuck with it and mold it, then it would stick to something and I would mess with it some more, rinse repeat.  So word of advice, just let it be and let it set, you can always cut and add green stuff again if needed.  I added a ridge down the center of the helmet with green stuff as well.  Basic color is red and silver metallic for the trim, edging and the center ridge.
I'm really happy where it turned out and I will prob do the same or similar helmet with my other knights whenever I get them.
On to building the rest of the knight.  The legs come together easily, two pieces the snap together, which fit into a socket mount that attaches to the foot.  There are two pistons that you attach, to make you feel like you are doing more than you are :).  The armor plates go over their respective pieces, you should prob keep them off for painting.  Its your call, either way its not a big deal, I left them on and had no issues.
The torso is only a few pieces as well, with a base, two sides, then back and front piece.  It snaps together real easily so only a little glue is required.  There are the little additions and details you glue on for the arm and shoulder attachments but they are pretty easy. 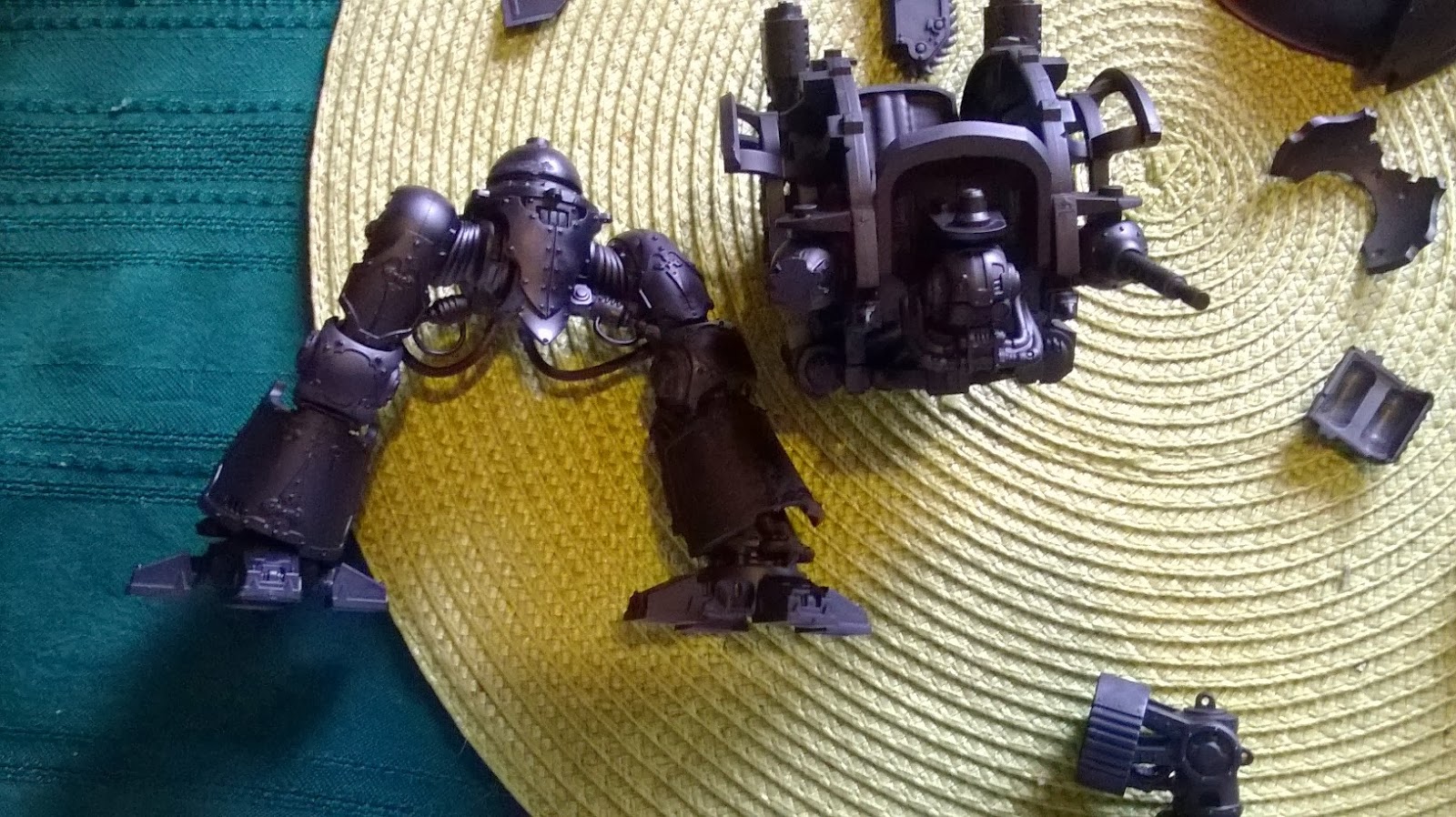 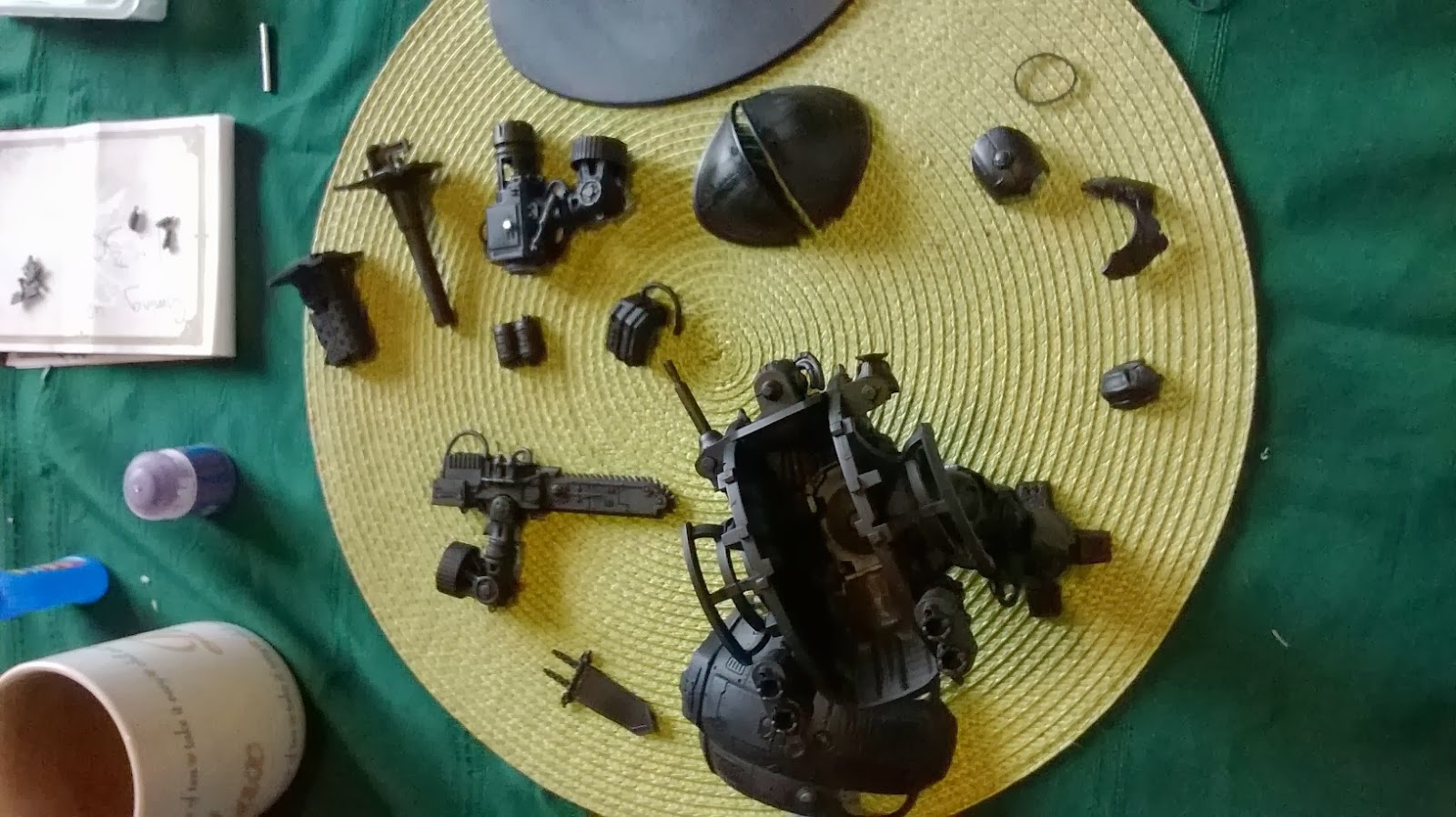 You can leave things detached or not, its really up to you, the arms are great because they do not have to be glued, they have a little bracket and they twist in and then don't go any where.  This makes it a breeze for transport.
Now on to magnetizing.  This was really easy for the gun arm.  Where it mounts for the battle cannon, there is a plastic tube piece, I replaced that with a magnet and put one on the mount to alight with it.  To match for the melta, I had to cut the corner and then green stuff a magnet in and cover the cut. 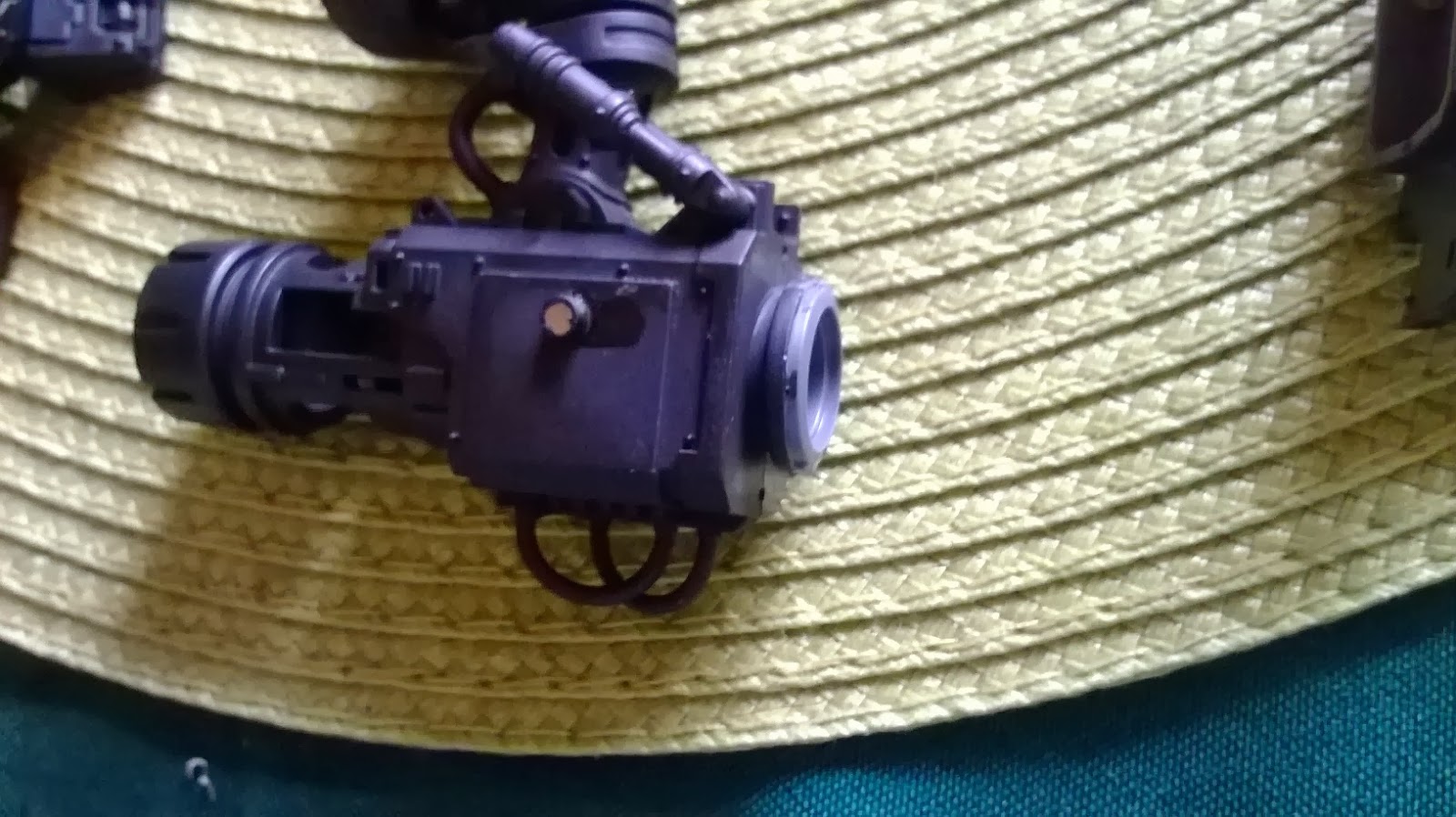 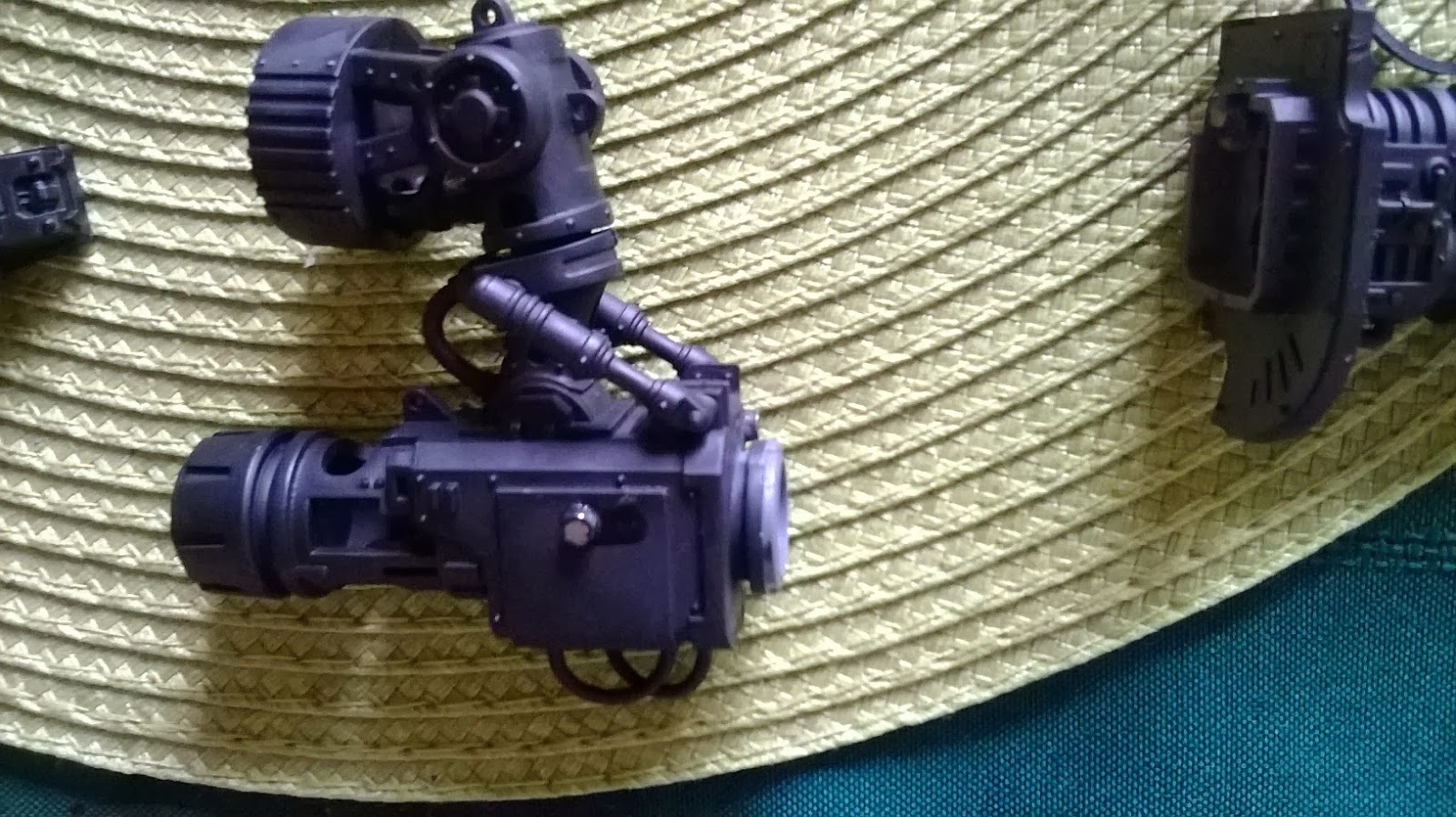 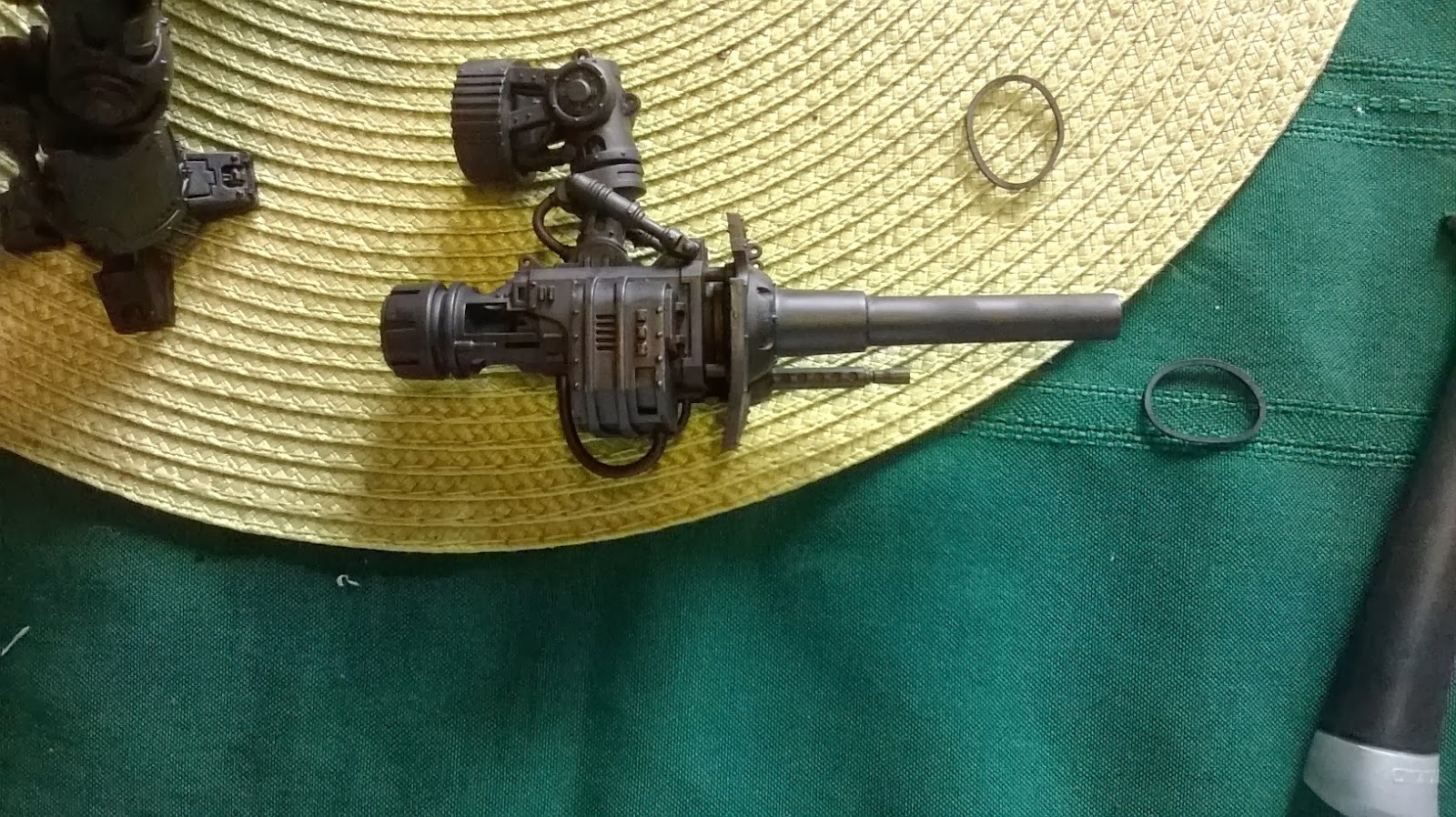 I also added a magnet to where the loader/fuel cells attach.  Now you have to be careful to line it up and the fuel cell for the melta does not have as much space, so if you put it on wrong it will not fit.  The melta does not need a magnet btw, it just snaps on and is actually a bitch to get off on its own.  The ammo loader for the battle cannon has a lot of space inside, I just used a big glob of green stuff and put a magnet in there.  Let it cure and made sure it lined up and that really was it.  Both these pieces fit really well on their own, so you don't really have to try hard here.
The biggest thing is to make sure the guns are both able to mount up.  My buddy did his through the center tubes instead.  It requires a little more green stuff but really not much.
Both arms are posable so you don't have to glue them into position.  The gun mount has two pistons, you do glue those and that will lock the gun to an up/down position.  The rest of the arm will still move though.  The same goes for the chain sword, it will hang down till you glue the piston.
That really is it, the model comes together reall easy and is fun to paint, except is you are using yellow, which is a color that I currently hate right now as it sucks and wants 10,000 layers -_-.
So here is where I currently stand with the knight.  Not quite complete but she is getting there.
I'll post more painted pics as I get it done.  Hope this gives you some help on modeling and modifying your knight.
GG
﻿
﻿
Posted by Grumpy Guardsman at 2:35 PM