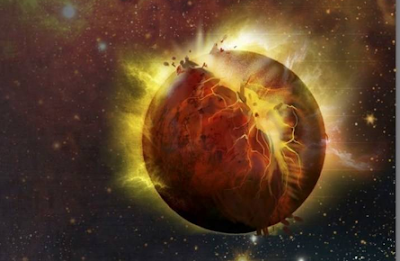 While still waiting for the Gathering Storm Book III to come out, I have been thinking on the rumored new edition and what I hope to see.  This isn't based on any inside knowledge, just on the rumors that have been coming out and some general hopes I have for guard as well for the next codex, however far away it is.
Obviously the main rumor that keeps coming up is streamlined.  And I really hope this is true, though not as streamlined as AoS.  I think a full simplification to AoS type rules is unlikely, especially given the recent releases.  That being said, GW has long use Fantasy to test rules changes.  So what can we expect to be ported over?  One posiblity is a nerf to summoning.  AoS allows summoning but the models must be paid for pts wise.  Basically you can summon, but must set aside pts for that.  You still can summon whatever you want, as long as you have pts available.

I like this, as 7th Edition has certainly turned into the Free edition, so tamping down on armies bringing in all the free stuff is certainly welcome.  This is not limited to summoning, though it is one of the worst offenders, so I'm not sure how it will be addressed for the detachments and formations that give you free stuff, though a Pts tax on these detachments and formations would go some way to mitigating it.  The simple truth is that for many competitive armies, they may be playing an 1850 list, but at the end of the day their armies can be well over 2000pts, and no I don't want free stuff for guard as well, as I would rather see this aspect of the game just go away.

The psychic phase is probably going to get a new look, though not sure how it will look on the other side.  Most likely just a simplification of how it works, reducing steps and other methods to clean up the phase.  Also will very likely see a consolidation of special rules, as there are a lot the work very similarly to others and can simply be consolidated.

One thing I would definitely like to see is GW fixing sniper weapons, mainly by giving pinning back, and the same for barrage weapons. In addition, would love to see a way for sniper weapons to one shot multi-wound models, because thats fluffy.  Don't care how many wounds you have, when your brain exits your head, you generally die.  I seriously doubt this last part will actually happen, its wish, but one can hope.  Mechanically, a wound roll of 6 could cause D3 wounds, this would give a lucky sniper shot a chance to take a multi wound character down, but not kill the really tough MCs or other characters and wouldn't be too powerful.  Basically borrowing from the vindicare but keeping the result random.

Will be interesting to see what else will happen in 8th, but in short I expect some mitigation of all the free stuff, consolidation of psychic phase and special rules, and really hoping sniper and barrage get pinning back.

Taking a longer look, as who knows when the next guard book will come, there as some things I would like to see for IG.  We know that Kell is dead (via Abby) and Creed is in a tesseract vault, so they are gone.  Really I would like to see the different guard armies represented in the rules via special detachments that the other armies get.  I would love to have a catachan army that played like catachans in the fluff.  Same for many of the others that have their tics and traits that make them unique.  Guard really lacks diversity and flexibility.  The Cadian Battle Group was an attempt at this, but is mostly a failure due to really only working at 2500pts and up, outside of going the Armored company route.

I don't think guard needs new units, we are pretty full up, and have quite a bit of choice.  Though the basilisk kit is due for a redo as it's quite old, and who knows, might get a return of the forgeworld basilisk variants.  With the loss of Creed and Kell, some new special characters to replace them would be nice, and god does straken need a pts reduction, why he costs more than 2 CCS I'll never know, as he is not that great.

With the loss of Cadia, the question also becomes who will become the guard poster child?  Steel legion is definitely a possibility, Catachans as well, though the kits are old, one hesitation I have is that whatever new kits they do, it'll be a significant price increase, so would much rather it be a new style of guard rather than a redo of the current kits.  There is a possibility of a FW army going plastic, though that I see as unlikely, as Death Korps shares some similarity in looks to steel legion, and elysians with Cadian's.  Not look a likes, but similar enough that I doubt they will do it.  Happy to be wrong though.

What I would also love to see is GW seriously re-look Militarum Tempestus.  It was a quick book to capitalize on the new models.  Though I will give them credit, for what was obviously a quick job, they got quite close to getting the army right.  I'll buy that not every army needs to be perfectly balanced, but I don't buy that they have to suck either.  What this army suffers from is lack of AA, the exclusion of the vendetta was a silly decision and simply adding it back would go a long way to helping it out.  Yes you can ally vendettas in, but you can't put your scions in them during deployment as Militarum Tempestus and Astra Militarum are different factions.  You can ally an MT platoon in sure, but then you have to keep track which book they are from as they have completely different orders and cannot give them to each other.  I have enough book keeping as it is.

The other thing is giving them a company command squad, giving them access to senior officer for more orders, which is really their only trick and officers only giving one a turn is very limited.  A special character or two would be nice, as well as relics/heirlooms, they are even mentioned in the fluff of the MT book, but apparently they forgot them.  The two formations they have are quite good and I'll give GW that, but a unique detachment or two for them would give them some more options.  They don't need a lot really, just enough so they can at least answer some of the threats they face.  A way to reduce opponents cover would also be nice, even if its just something like an omnispex from skitarri.  There are a lot of units that can jink or get really good cover saves and Tempestus has no answer to this.

Cadia Stands!
GG
Posted by Grumpy Guardsman at 9:09 AM