Preparing for a Tournament 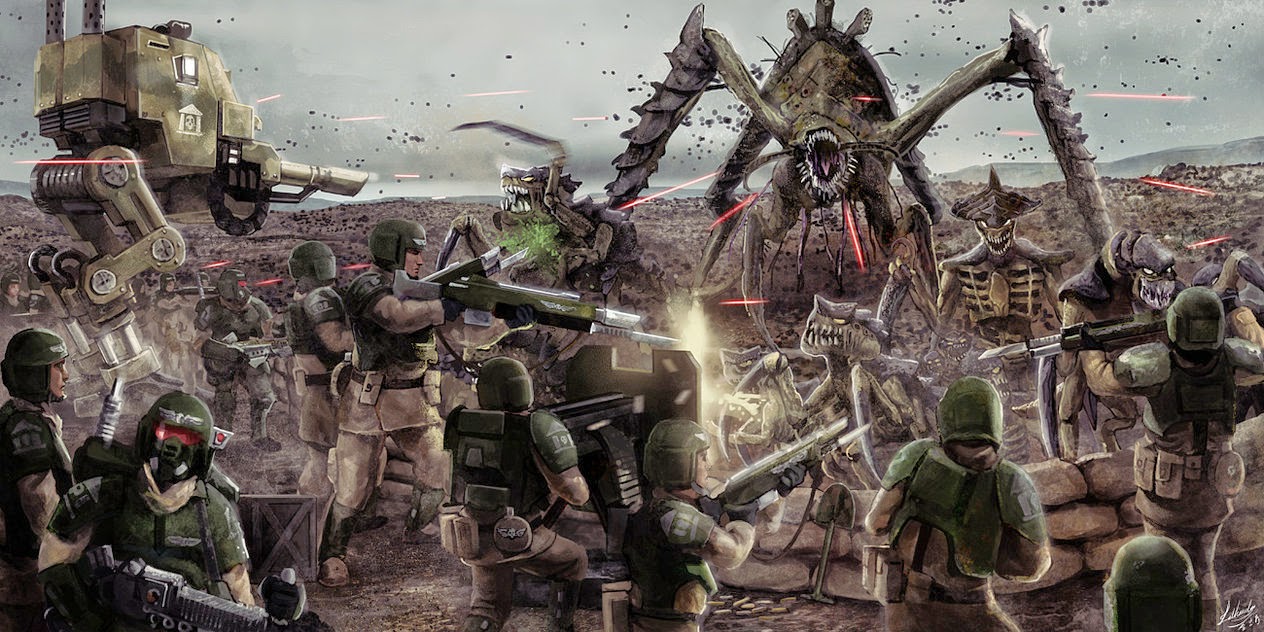 With 7th edition or whatever edition they are going to call it just around the corner, I am going to suspend tactics articles since the new rules are going to most likely change a few things, especially in relations to psykers.  I am looking forward to seeing what comes out, but till then its hard to say how it is going to affect the imperial guard army.  Now on to the topic at hand.  I have tickets for the Golden Throne GT.  This is my first big tournament in a long while.  I have played plenty of local tournaments, but I really haven't attending anything big in many years.  With the state of flux it is frustrating in some ways in trying to prepare for it.

The tournament isn't til august, so I have plenty of time but it still is somewhat frustrating on trying to nail my army down and get to practicing.  I was waiting for the IG/AM release and then hit the ground running, but with 7th around the corner, can't really plan much out till it comes and the tournament updates its rules.  Preparing for a bug tournament can be a big thing especially when you consider the money and time you are taking out to attend, you want to have a good time.

When it comes to local tournaments, its not as big of a deal since usually its your nearest store and you know most of the people that are gaming.  All the preparation really involving in it is playing games with your army till the time comes.  With a bigger tournament though, there are higher expectations to be met and I think its important to talk about it as there are plenty of people who enjoy attending these tournaments.

First and most importantly is expectation management.  What do you want to get out of it is what it really all boils down to.  Now of course you want to win, I like winning, you like winning, its pretty universal that you would want to win.  But its important to go into it with reasonable expectations, lets be honest, chances are you aren't going to, there is only one top spot and a lot of other people.  So take that reality check and go into it with more than just wanting the big W.  For me, I would love to take the tournament, it would be awesome to come out on top, but most likely you will not see me taking the trophy home come august.  So really what I want is to have a great time.  Don't let other players spoil your fun, don't get poopy faced because some one brought a dick cheese army and you get to be its punching bag.  Its an opportunity to travel and meet new players that enjoy this game, even if its not the same way you do.

If you do run into that situation, have fun, have a good time with your opponent and rag on him for bringing that army, most sporting players will take it in the understanding that they may not have brought the most fun army to play against.  And if you truly are facing that player that is hell bent on ruining your time, be the better person and roll with it.  Give him the shitty sportsman score he deserves and move on, don't let him ruin your time there.

The most important thing to do to prepare is to play games, figure out what army you want to bring and play it.  Find people who will play you with the tournament rules and play against those cheesy armies so you have experience against them.  Getting game time is the most important part, it improves your decision making and get the rules down.  Now a new edition is coming out so there is some new learning to be had, but at least everybody is in the same boat.

For me, I will start practicing a lot once the new edition comes out.  I have multiple armies in mind so its going to take some time to decide which I want to bring.  I really like my scions and it can be fun to play the less powerful army.  I may bring them.  Or I have multiple IG armies that I am thinking about and could be fun as well, I haven't decided.  In a couple weeks it will be easier to start planning that out, but till them its more of a holding pattern

If you are planning on attending a big tournament this year or in the future, know what you want to get out of it.  Do proper planning and make sure you get there early enough and have  good idea of the area so you are not wasting time trying to figure out where to get food or how to get form your hotel to the place.  Also, your in a different area, have some fun and see the sights, there is more out there than 40k and don't get too much tunnel vision and miss the opportunity.  Plus its good stress relief and will help you play better by taking the time after the day of playing by not focusing on 40k (or whatever game you are playing).  Tournaments can be a lot of fun and are a great place to meet new people and share in your love for the hobby.  Don't worry so much about winning, it will happen or it won't, having fun is entirely in your control.