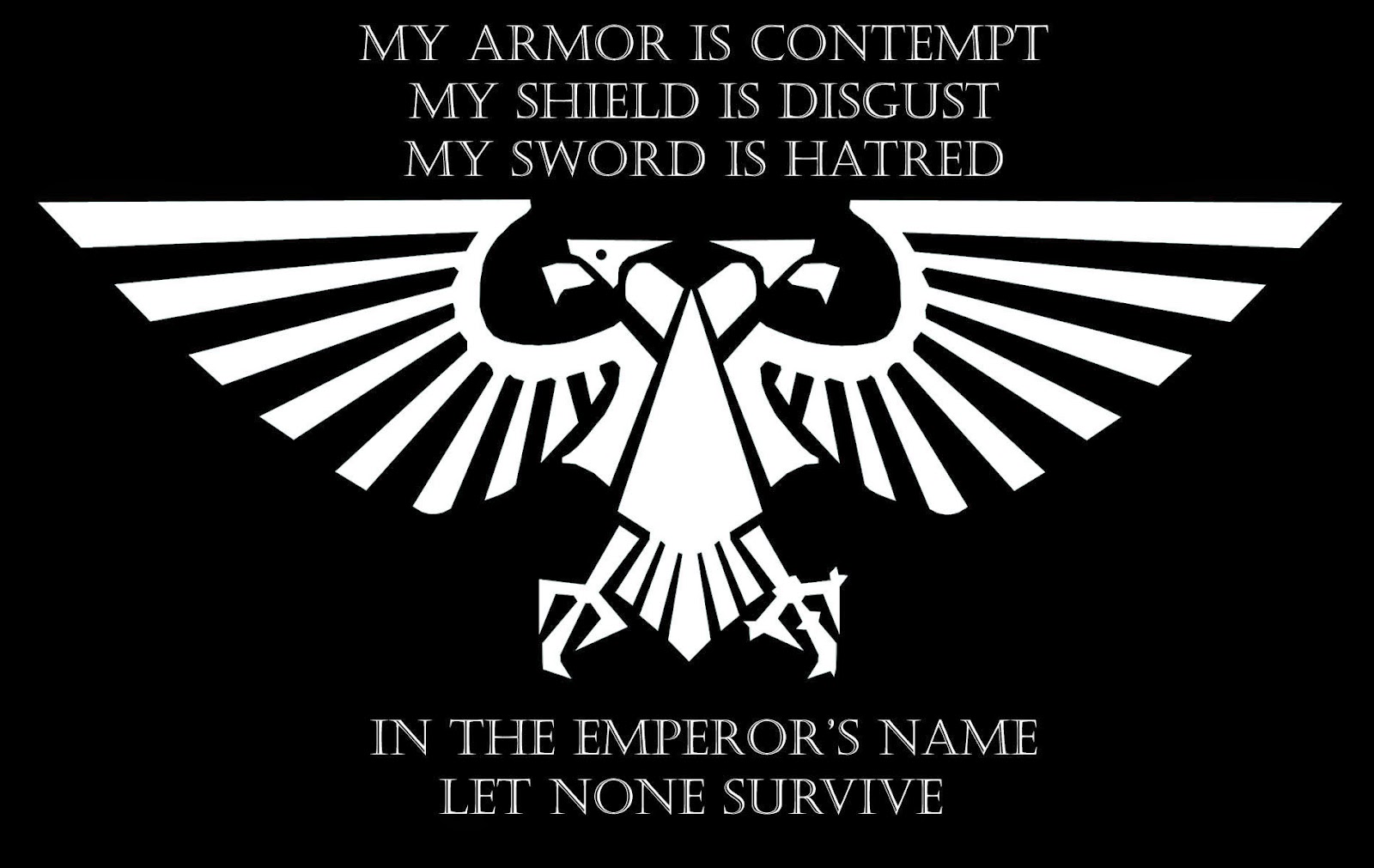 There have been a lot of rumors coming down about the new supposed edition of 40k.  Sorry for the lack of posts, I have been moving around a lot at work and its been busy and hard to focus on 40k.  With that said, 7th ed is looking interesting though there are contradictory rumors and its not clear what is going to be in the new edition.  Well here is what I think.

Force percentages, nope I don't see that happening.  That's been a long rumor for multiple 40k editions and has yet to bear fruit.  It certainly could happen, but I really don't see it.  GW has focused on its current force org and I would be quite surprised if they abandoned it.  Now percentages wouldn't be a bad thing, and if done right could actually be quite nice, but I like 40k and how you have your minimum choices and then free reign to take what you want.  Forcing players to take a significant number of troops before other choices doesn't feel right to me.  I like choice.

Sideboards.  This I could see happening, there is a rumor that this may be part of an updated tournament rule set for GW and not in the main edition.  That I see as being more likely.  I kinda like this idea as it allows you to have minor variances in your force to deal with different armies.  Bring something to deal with eldar, something for deathstars, something for tau etc.  I would be a little surprised if it was in the main book, but not too much.

Other than that, the main changes seem to be towards assault and psychic.  Supposedly the powers are going to be reshuffled a bit and there may be some changes to how psychic powers are used, whether in its own phase or  just all consolidated into a single one.  This I see as likely as some of the tables have really shown to be really powerful while others are meh and too situational to help.  I really hope all the tables are balanced and have good powers in them and especially useful primaris powers.  This is the weakness of a couple of the tables in that the primaris power sucks so its a real risk rolling on the table as if you don't get what you want, your stuck with one of two crappy powers.

For assault it looks like consolidation into combat may be back.  Now I have nightmares still of those old days and my IG getting rolled up by a single blood angel squad due to this.  But if that is the only change for assault that is ok.  Assault is much harder than it was in those days so this makes up for random distance, overwatch, the sheer power of shooting in the current edition.  There was a rumor about needing an I check to fire overwatch, I haven't heard it since then so thats low on the possibility scale.  Though I think that would be a great change and would prefer that to be changed versus combat consolidation.

Other than that nothing seems to be clear other than a it being a big FAQ update with enough changes to need a new book.  It may be a money grab but if there is enough changes to improve the game system than I am ok with that as 6th, while being a good edition, has some serious issues and lack of support hurts it.  Though I will be getting the digital edition, no way am I getting that giant tome.  Overall it is looking to be some interesting changes and hopefully for the better.

GG
Posted by Grumpy Guardsman at 11:32 AM