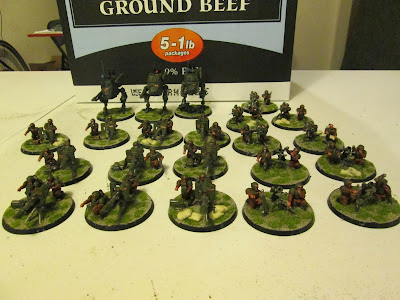 Okay I have been away for a while, but I have a very good reason.  So I have up till now had very few models that were actually based.  So starting late last week I began the project of completing my army's basing.  Above you can see my sentinels and my heavy weapons teams.  And a box of ground beef, but I didn't base that so its not important.  I went through each tray that I had, one at a time and worked my way through it.  I spent about 12 hours last sat on them.  After that I was burnt out, but not to fear, I made it through and completed them all. 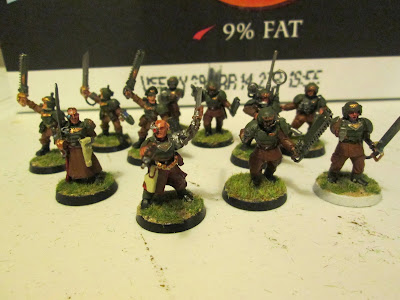 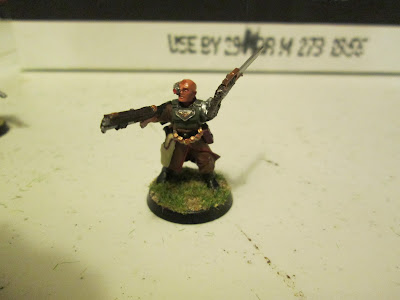 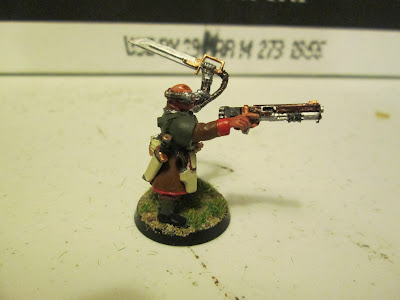 Alright so here is one of my random piles, in it I have a bunch of old metal officers and sergeants.  Also have a few vox and weapons.  The big guy in the middle is my custom made Colonel Straken, obviously my cadian version of him.  Made him with bits from the FW shotgun vet kit and the command kit.  Really like making him and he turned out really well.  Now he is finally based and complete. 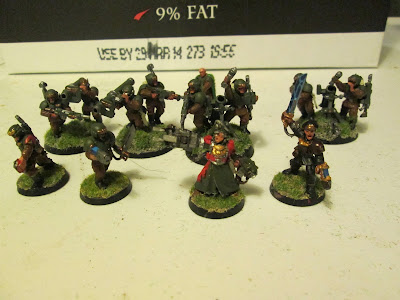 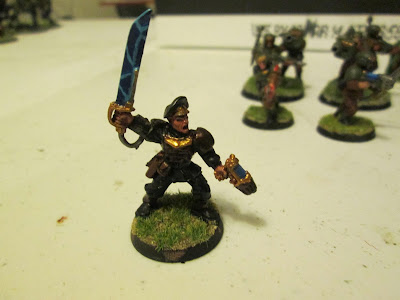 Here is another random group, have two missile launcher teams, two mortar teams, a medic and a officer, Yarrick, and my guy in black.  This guy has been around for a while in my army, and has served as Commissar as well as Colonel.  Best memory of him was when he wiped a 10 man squad of grey knights in close combat all on his own.  As such there is a reason he has received some special attention.  I'm sure I'm not the only one who has stories and tales of their models exploits. 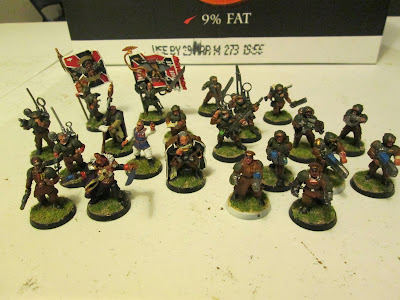 So this is the HQ tray, got my standards, vox's, weapons, a bunch of officers.  Off to the left is all my home made advisers, tried taking a close up pick by would not focus and I was not patient.  Creed is in the center, with his magnificent giant coat.  Commissar is there for back up if needed.  Yep, there are my HQs, most of them at least.  I like how my officer of the fleet turned out, as well as the MoO, at least they were cheaper :). 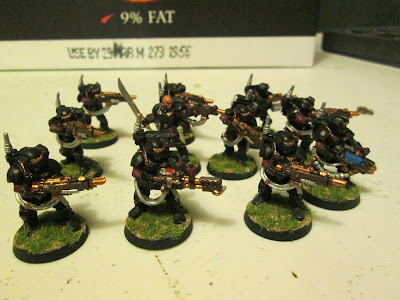 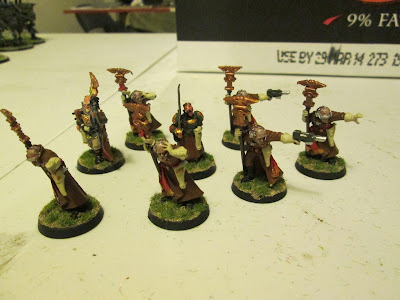 Here are the elites!  Storm troopers and psykers.  I love how my troopers look, I have them double tapped as inquisitorial troopers as well, but they are just too expensive for what they do.  As wonderful as they look, they are going to have to wait for the next codex.  The psykers on the other hand get plenty of use and I am very happy that they are finally done and don't have to worry about them anymore. 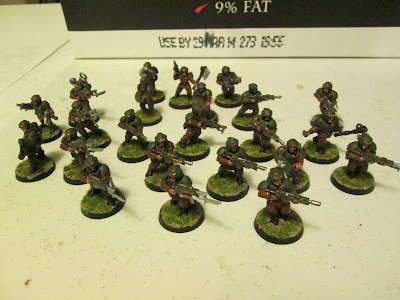 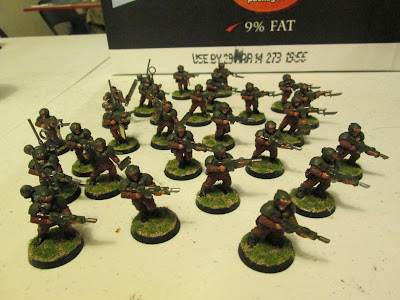 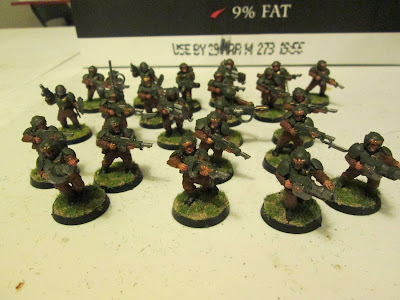 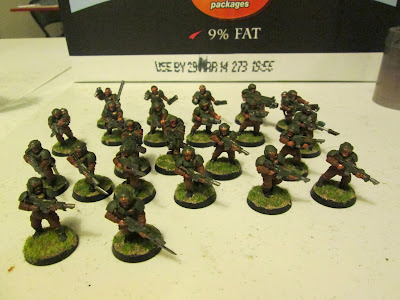 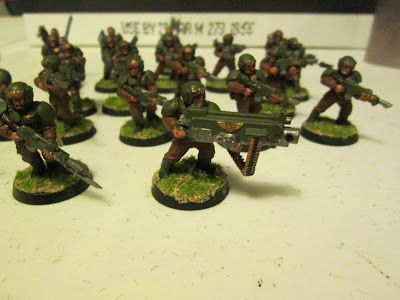 Boom, and there are the troops.  Lots and lots of guardsmen in all their glory.  Now thew have proper bases and I am happy to have finally made it over that hill and got these guys done.  So that is what I have been doing.  And now when I get more guys, I will be able to base them as I go, not have to do 300 models all at once.  The last guy btw is my version of gunny harker.  If anyone wants more pics please let me know.  I will have more to follow now that I have gotten these all out of the way and can refocus on blogging.

Anywho, hope you all are having a good week and happy gaming