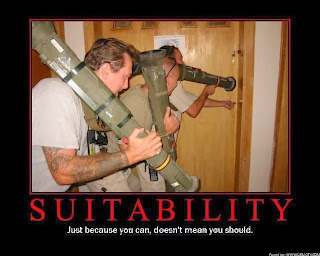 I have had a pretty good weekend, no tabletop but got our first game of deathwatch in.  Was a lot of fun and I had a great time being a space wolf.  I am def lucky that we have a good group that meshes well and that we all picked good classes that ended up complementing each other very well.  It was fun, if I haven't already said that.  If you haven't played any of the Fantasy flight RPGs, I seriously recommend that you do.  OK now on to the meat of what I want to talk about.  Something that I am sure you are aware of but I rarely see this taken advantage of is the Tau signature systems.  What I mean by taking advantage of is that a single model purchases the upgrade.  Now that gives the ability to the unit, but like other wargear, banners, etc, when that model that has it dies, the unit loses the ability.

Now when I have played Tau, few tau actually show which model has the system, not faulting tau players, but make sure he identifies which guy has what, same for any other wargear or weapon that you would normally make sure was identified.  So if a broadside team has a EWO, make sure the Tau identifies which one actually has it, if you are lucky the squad leader doesn't have it, if not well you'll have to get through look out sirs.  Once this guy is identified, target that model, precision shots are good when you roll them, otherwise barrage is going to be your best bet.  All you have to do is kill that one model, once he is dead, the bonus is gone.

Why this is so important is that I have seen people forget about this, and Tau players are just as guilty as forgeting that only ONE of their guys has that upgrade(if a squad has multiple, still only one per model) and if he dies they lose the ability.  So if you are worried about the EWO taking shots at your reserves (vendetta) well focus on that guy, you don't have to kill the squad to neutralize the threat it has.  The same goes for any of the signature systems.

Make sure when playing that your opponent clearly identifies which model has the system, and then target accordingly.  Its a  small tip I know, but something I have seen forgotten about often enough and I have certainly been guilty of it as well.

Hope everyone had a good weekend gaming.