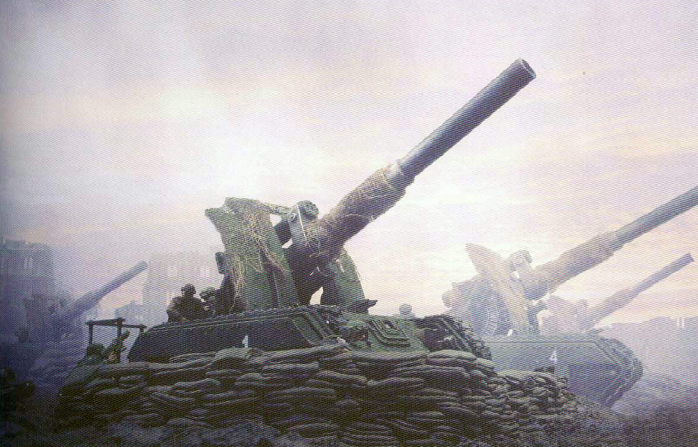 There have been a lot of little tweaks to barrage weapons in 7th, the most obvious in terrain and ruins.  Loss of pinning is another.  There is one thing though that negatively affects some of the IG artillery and impacts how they function, and with it the basilisk takes the biggest hit.

If you do not have LoS you cannot fire a barrage weapon at a target within minimum range.  For some this is little issue as they either have a short minimum range like mortars, or have none at all like the Wyvern.  However there are a few that do in the IG aresnal and the one that is hit the most by this is the basilisk.

The basilisk has a range of 36"-240", this is a huge minimum range.  A 36" bubble that it must have LoS to shoot in.  This means it has to at the very least be in LoS of the enemy to be shooting, and will be able to be shot back at.  This hurts it somewhat and really negates a lot of the advantages of a barrage weapon (being able to hide and shoot).  Its by no means useless and is still a great weapon, but is going to have to make use of cover and hope serpent shields don't come its way too early.

The manticore has a 24" minimum range, not as bad as the basilisk and if you can stick it in a good corner, you can get shots off without exposing it too early.  With only 4 shots anyway, later in the game its usually expended it payload or died by the point that targets are within the 24".  These factors generally make me want to go to manticores for heavy artillery over the basilisk.  It can hide longer and the higher strength and potential for large blasts is a solid choice, its a little more spendy but will generally survive longer because it can hide and shoot effectively.

Just something to be aware of when building your army and deploying, minimum range is much more restrictive now and the basilisk gets the worst of it, so if bringing them have a good idea of how you are going to both keep them shooting and alive.

GG
Posted by Grumpy Guardsman at 11:32 AM