How 7th Changes the Astra Militarum/IG 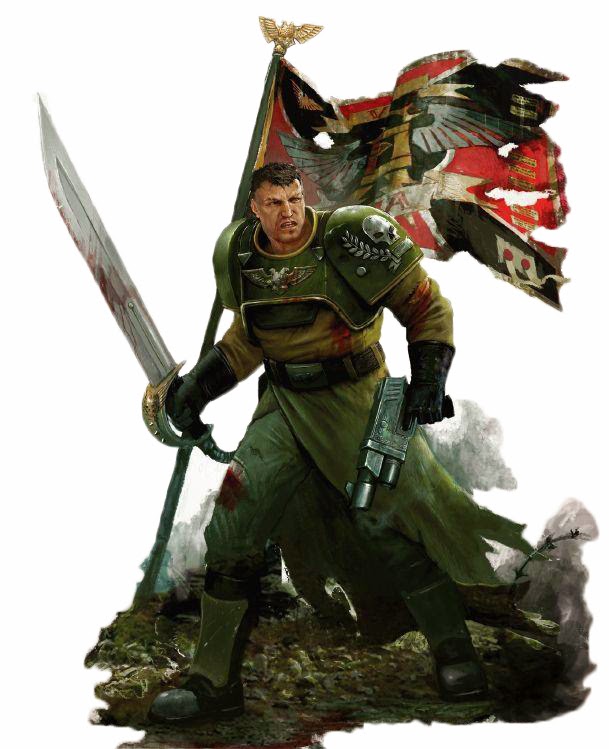 The Imperial Guard have benefited from the new edition quite well, though depends if certain things are FAQ'd and I'll mention that later.  There are a lot of little tweaks and the changes to scoring bring a lot of units out sidelines and have some serious uses now.  With orders, IG have their own "psychic" powers that are more reliable and just as effective as many.  In addition IG have a nice amount of psykers that they can bring as well if you want to focus on that phase.  While IG cannot compare to the number of WCs as daemons or elder or grey knights, when compared to others they land right in the upper middle.

If you want to you can bring 3 primaris at ML2, two astropaths and 3 wrydvane squads.  This gives you 11 WC +d6, not amazing but when compared to many marine armies that are going to struggle taking more than two psykers, IG does edge others out if not rising to the top.  If you stick to psychic focus you will have 19 powers to choose from during your turns.  You will never have enough WC to use all these, but that isn't the point.  The point is flexibility and having enough charges to get the powers off that you need.  Psychic powers are much harder to get off now and as such this won't be the most reliable way to run things.  But it can work and you will have a lot of chances of getting what you want and with astropaths you'll have access to every table.

Barrage weapons, lose some but gain some.  Pinning is no longer part of barrage (nor sniper btw) but no longer do barrage only hit the top levels of ruins, so as is barrage hit anything under the template which makes them very powerful and no longer can they hide.  Personally I hope it gets FAQ'd but maybe they intended it to work that way.  Anything that has large blasts or lots of them can take big advantage of this and the IG have blasts in spades.  Wyverns and manticores and even basilisks will be able to do a lot of damage.

Vehicle changes as well as scoring changes combine to make a few units a bit better.  Sentinels are a better unit than before.  Armored sentinels and scout sentinels are good choices for different reasons.  Walkers have hammer of wrath, a small bonus but something none the less.  Either sentinels but preferably armored can pick on low morale weak units like cultists and stand a good chance of wiping them, scoring three auto hits with hammer and whatever they can get with normal attacks, with front armor 12 they will stand well to these units.  Also they can score objectives.  Scout sentinels with camo netting (no longer requires to be stationary) can stay behind good terrain and snipe at units.  You can deploy them out to draw an enemy in and use scout to get behind cover after your opponent deploys.  And of course they are one of the few units that can scout and outflank.  Being harder to one shot is a boon as well, though they will still die to glances quite easily.  Use terrain to advantage and hide from ignores cover weapons whenever possible

Ogryns, or more specifically bullgryns are a good choice now.  For the simple fact that they are well armored and high toughness and giver cover bonuses to those behind them.  Backfield objective campers are where they can shine as they can out last a lot of units that will try and come for those objectives.  They will be able to beat most units in cc minus the truly heavy hitters.  They can also work great as a midfield unit, a large wall that takes a mid field objective and forces your opponent to try and break the shield wall, and they will give cover to your units behind them.  Ogryns themselves are still a bit meh, but simply being able to score makes them more than worthless and they are still a tough unit.  Three in a valkyrie can jump out in the backfield and cause problems, if not winning outright they will focus your opponents attention to dedicate strong fire power or cc units on a unit that you don't care if they die, they are simply there as a spoiler and force your opponent to make the bad decision of focusing on them.

Scions are even better now as again they are scoring.  With move through cover, drop these bad boys out of valkyries to eliminate key targets and seize objectives.  Even if they scatter they ignore dangerous terrain.  Good weapons, good armor and good transports, they can clear objectives and hunt needed units.  They will actually work as your vanguard strike units and can deal with a lot of threats.  On a side note they are even better out of the Tempestus book with objective secured and their orders and make a great ally choice for IG (or flipped around).  Don't be afraid of losing them, they are going to look for the tough targets and will take casualties, mass them don't spread them out too far as they have issues supporting each other.  Use artillery and long range fire to support them.

Leman russes are even tougher now, as the type of weapons used to glance vehicles to death will struggle to hurt them.  Otherwise they are really unchanged.  Their tougher, they score, they kill stuff.  You should use them and the long range variants are great for back field objectives.

Surprisingly there  is another unit that I think can be useful and that is the rough riders.  They will work especially well in maelstrom missions where you will need to be scoring objectives a turn, they are fast and move straight through cover (dangerous terrain oh no!) but can take objectives that you will otherwise struggle to get.  I don't see them being a mainstary but certain armies will make use of them if you keep their ability to move and score in mind.

Some things that hurt but only a little are the leadership changes and how they affect priests and officers of the fleet.  No longer do you get to use highest leadership, oh well they are still very good and will be seen to good effect.

The guard/astra militarum are real winners from the change in editions.  We have good psykers, great shooting, and some decent CC options.  Unlike tau we can shoot and punch and use psykers.  The IG is a great all round army that will excell in the shooting phase but do well in both psychic and assault phase.  A lot of armies are going to be bringing IG along to benifit from the fire power but the flip side is not necessarily the case, you can bring allies, you just don't need them.  Summoning spam, well I have wyverns and those units you summon will lose and that is an attrition battle the IG can win, and thats not even including the rest of shooting or psychic phase.  My shooting is way more reliable than your psychic phase and I'll trust that over a gimmick.

The new rules open of the field and many different IG armies will do very well, I am looking forward to seeing what armies start to appear.