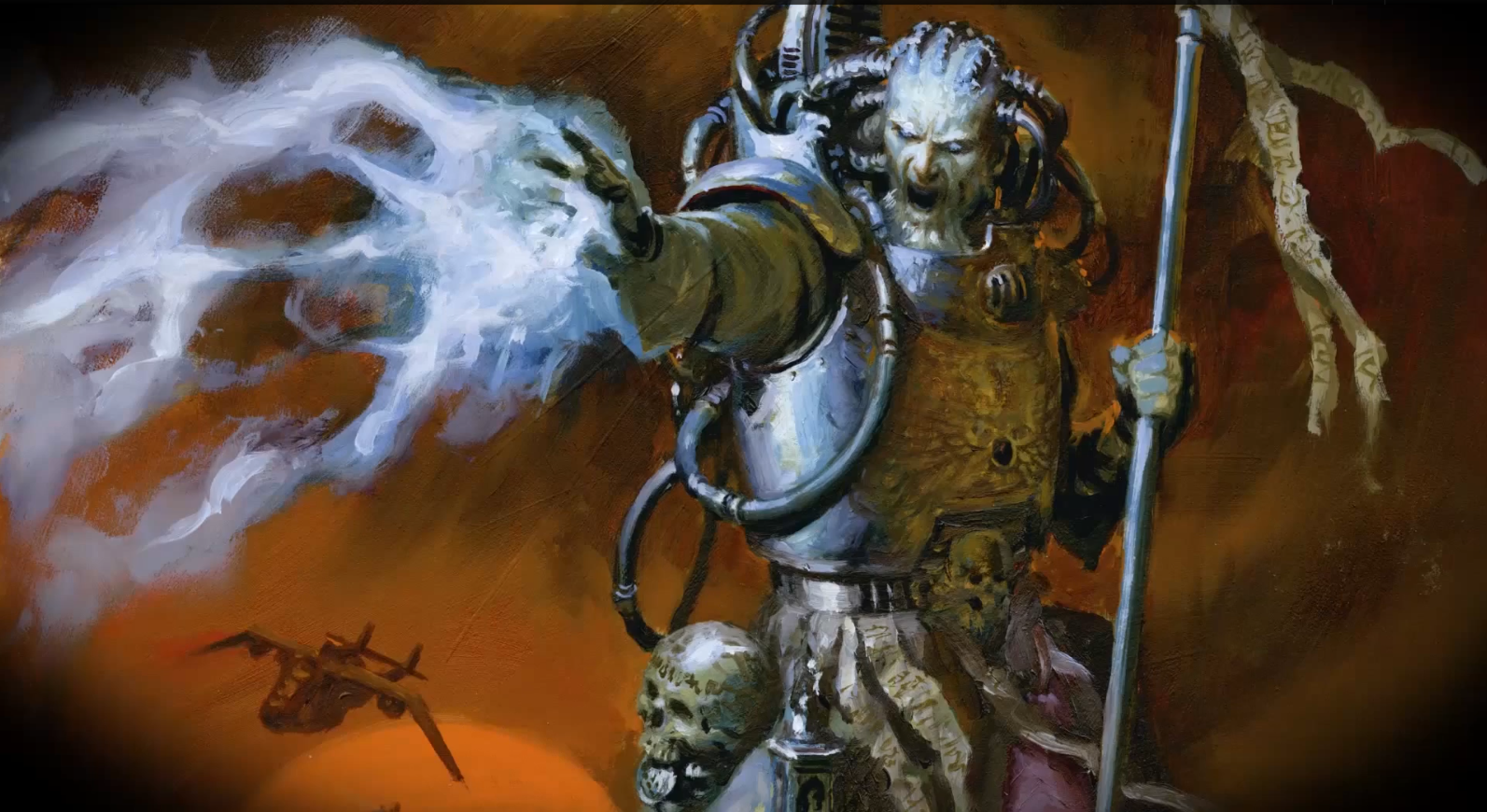 Now there is another 40k boogy man out there that many are decrying and calling for nerf.  Again this is really shortsighted and patience needs to be exercised, especially when there are ways to get around it, besides simply ignoring the invisible unit until it fails to get it off.  I don't see the need for a nerf, it is one of those thing that is powerful when it works, but requires a significant investment to do so at the risk of unreliability.


The problem with it is really the same with psychic powers in 7th, its less reliable, needs more WC to have a reliable chance and with it increases perils, plus you can deny it though unlikely.  Its WC2 so your going to need 5 dice to have anywhere near a reliable chance at getting it off.  And it won't go off every time.  So simply ignore that unit, if it doesn't have hit and run, tarpit it until it fails to cast or you get lucky and deny it.  That is the first thing you can do.

Some of the other things you can do is use attacks that do not require to hit rolls, the most obvious being hammer of wrath.  For the Imperial Guard we only have a few of those, but armored sentinels can be good against the right invisible unit, getting hits in and knocking a few guys out, then tarpiting it till it fails invisibility.  Rough riders can use this as well, though you will be sacrificing your lances on the first charge, so its better to wait to use those on another target first, then charge the invisible unit for the hammer of wrath hits.  There are other things like Knights stomp attacks that can be used as well.  I'm not going to pretend I know all the attacks that don't require to hit, but look through your army and the BRB and you'll find at least a couple that you can make use of.

Another thing that will work is scattering barrage and blast weapons.  You cannot target the unit directly per the snap shot rules, but you can target the unit next to it, and hope for scatter.  This is where the IG can really take advantage of the barrage rules with a couple of units.  The wyvern is really the first and prob best one.  A squadron of even two will have 8 blasts.  Fire at the closest unit to the invisible one and start scatter walking those blasts onto it.  If you are close it won't take much to get them on target.  Remember a hit roll allows you to place onto ANY previous blast hit location, so remember where all of them hit as its important.  Keep rerolling till you get the scatter or hit rolls you want and put them on the invisible unit.

If that unit is a vehicle, its going to be tougher but units like basilisk batteries can do the job, if less reliably than the wyvern.  If you are going to do this, then prescience is a must to get the rerolls to hit so you can have a good chance at the scatter.  The tactic is the same as before, scatter those large blasts as close as possible to the target unit.

These are only a few tips but wil help in getting around the invisible unit.  For many, simply tarpitting a one that doesn't have hit and run will be enough.  These units usually have a lot of points sunk into them and will feel the pain of munching through a few useless guardsmen while you deal with the rest of their army.  Invisibility is not reliable inherently and if you play the waiting game or get lucky with deny, you can hit it when it fails that power.  I really don't see the need to nerf the power, there are tactics and ways to get around it and the hype over it is overblown.

GG
Posted by Grumpy Guardsman at 9:38 AM