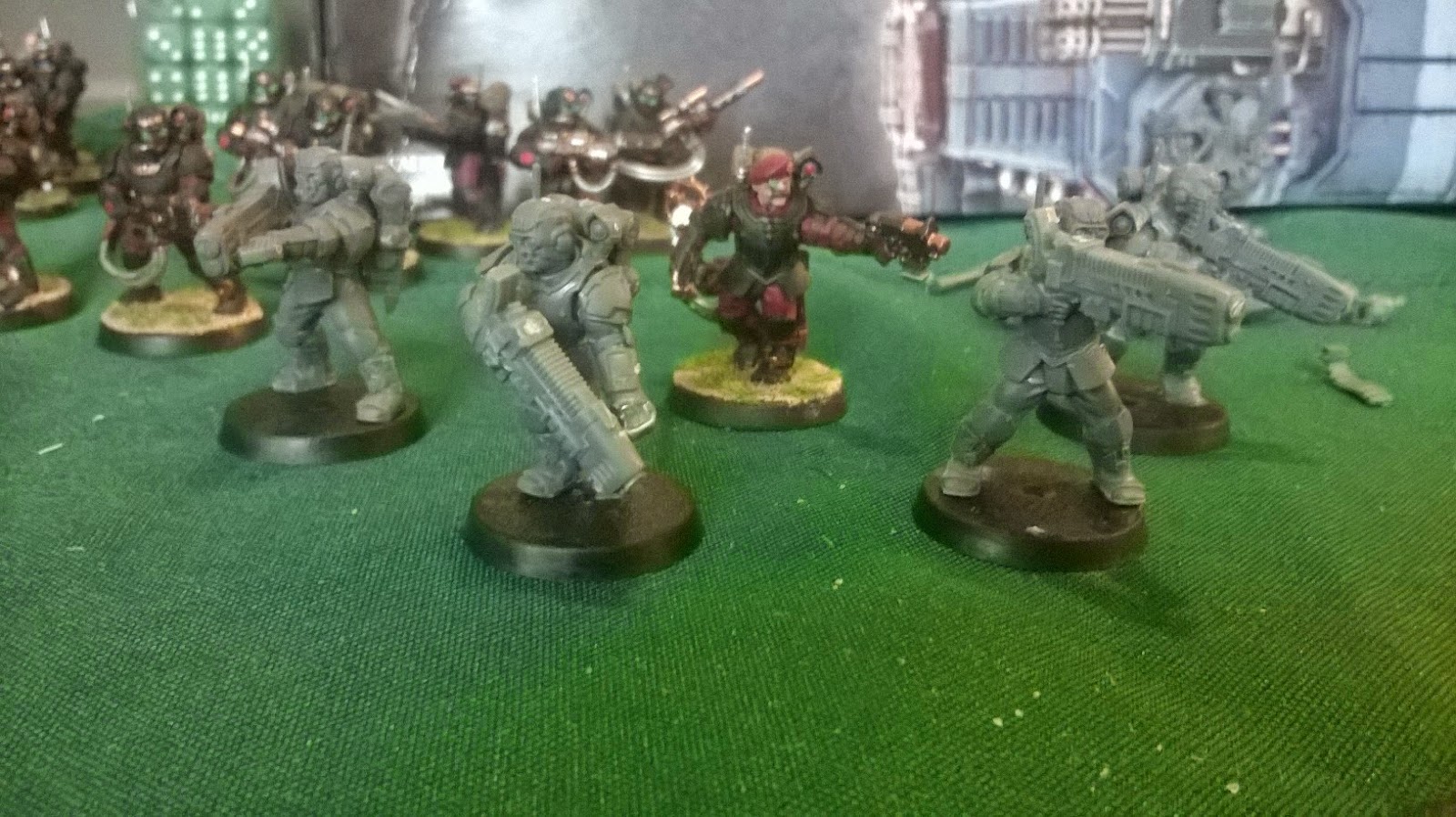 With my Storm Scion box coming this week I have been doing a lot of hobby work, not so many games.  Today I sate down and worked on building the scions, as I had completed the Valkyrie, Tauroxes, and Commissar.  Since the Golden Throne Gt is now combined with the BAO, I will be heading there and had to change my army to 1850 and adjust for their rules.  I needed a full plasma command squad so first order was building them.  As i already did a hobby post on how to modify them already I won't go into too much detail. 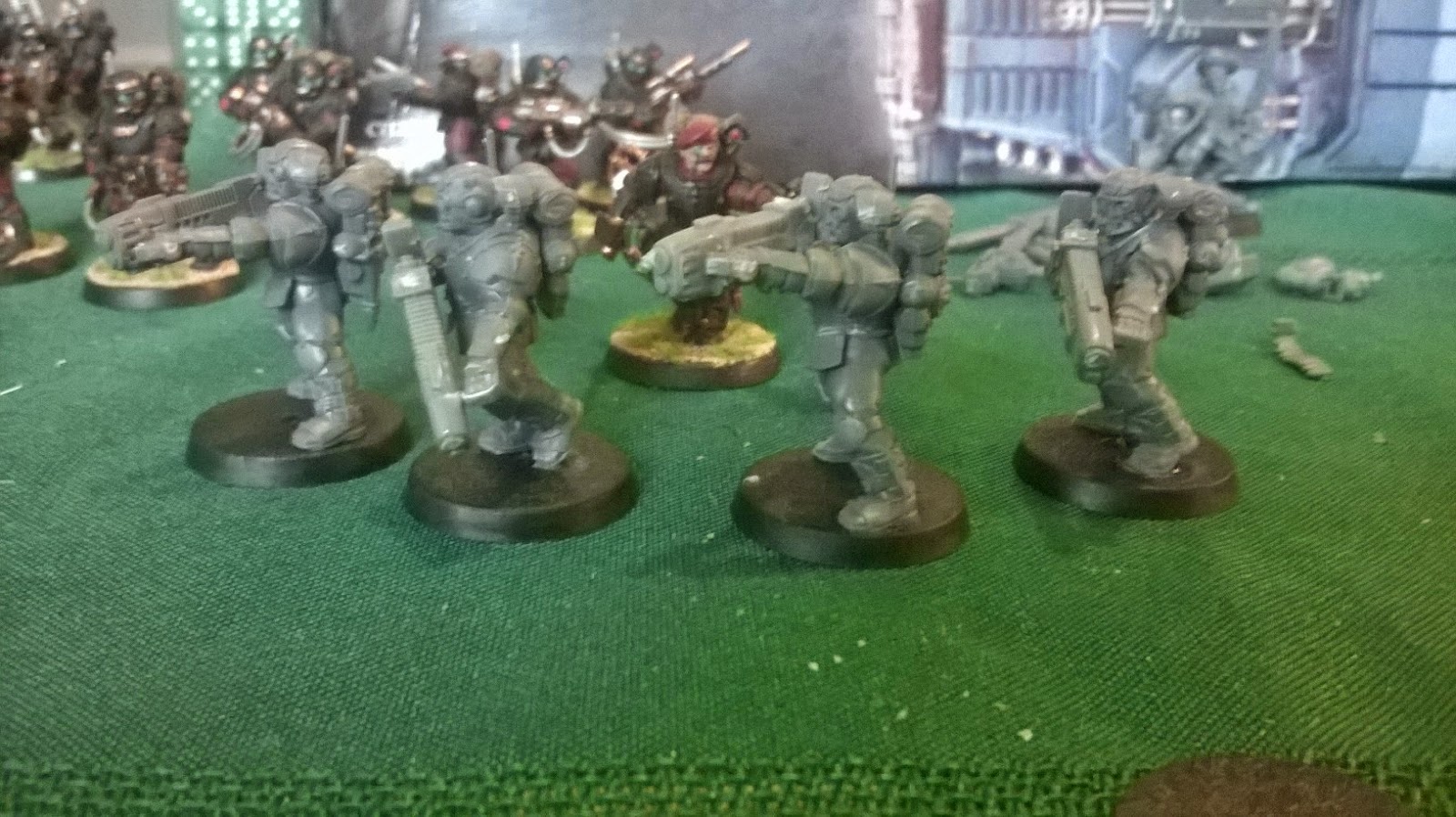 The arms that worked the best were the grenade launcher and flamer arms, so if you get this kit and want to make better poses with the plasma guns, that is the easiest way.  Just follow the instructions for building a flamer or GL and just cut the weapons off and glue a plasma gun on, adjust arms to desired pose.  Grenade launcher builds the best aiming pose, wile the flamer is a good running or moving pose.

I still have 20 more to make but they will be filling out normal positions so nothing special as far as customizing for them.  On to the Taurox!  As I now have five I wanted to make one for the mini gun version.  Its name is buzzsaw.  I used the heavy stubber from the baneblade kit, it was longer than anticipated but looks good and fits in much easier than the standard one that comes in the chimera or other IG vehicle kits. 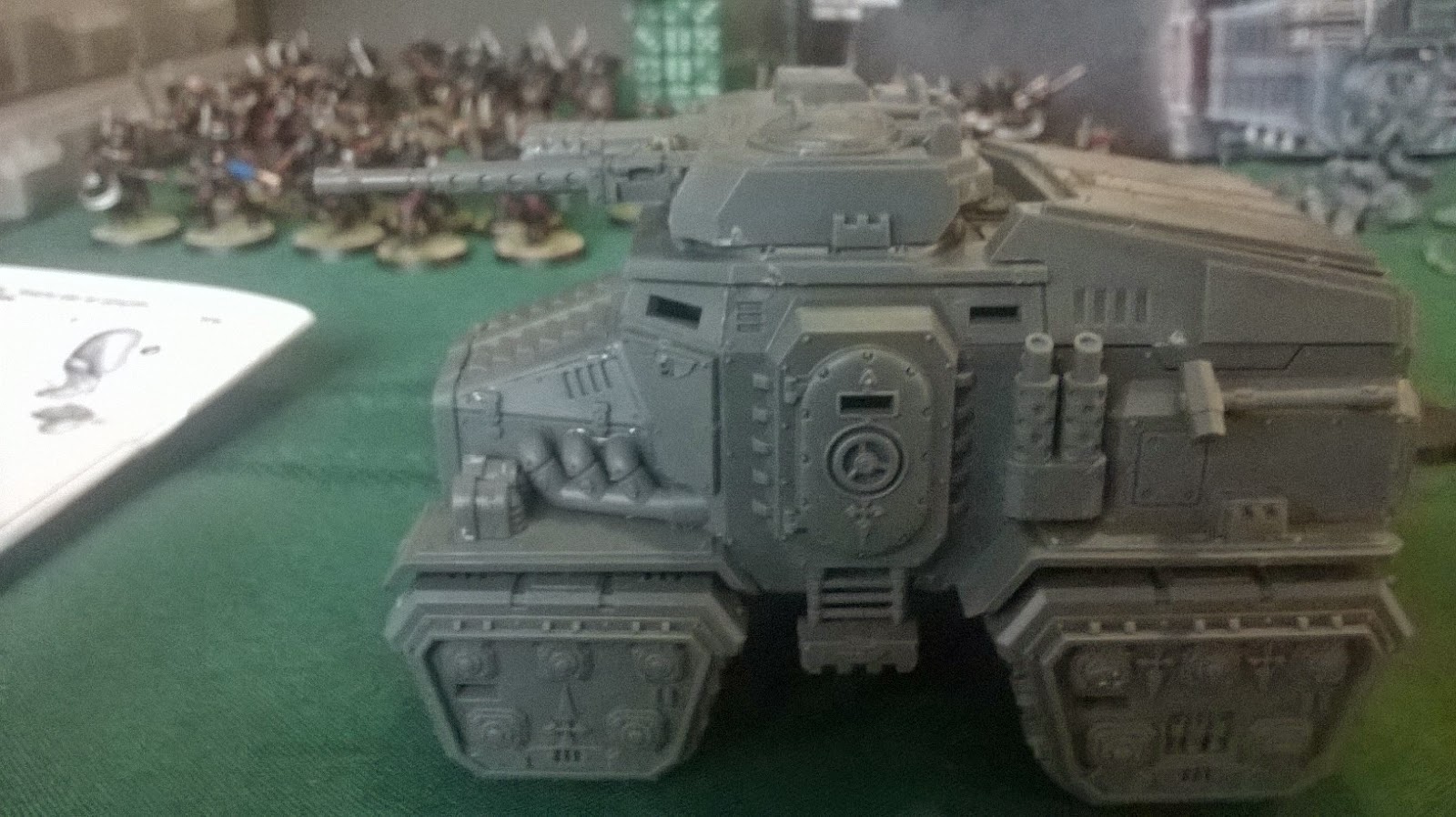 I was facing a dilemma though in that the gun actually has to get ammo in it, being in the military does hamper the imagination sometimes so I had to figure out a way for it to look like it could actually function. The solution I came up with was to use the ammo feeder belt from a space marine heavy bolter kit and chop it up and use green stuff to attach it to the heavy stubber, the belt then goes into the turret, looking like the ammo can actually be stored and fed to the machine gun inside the Taurox. 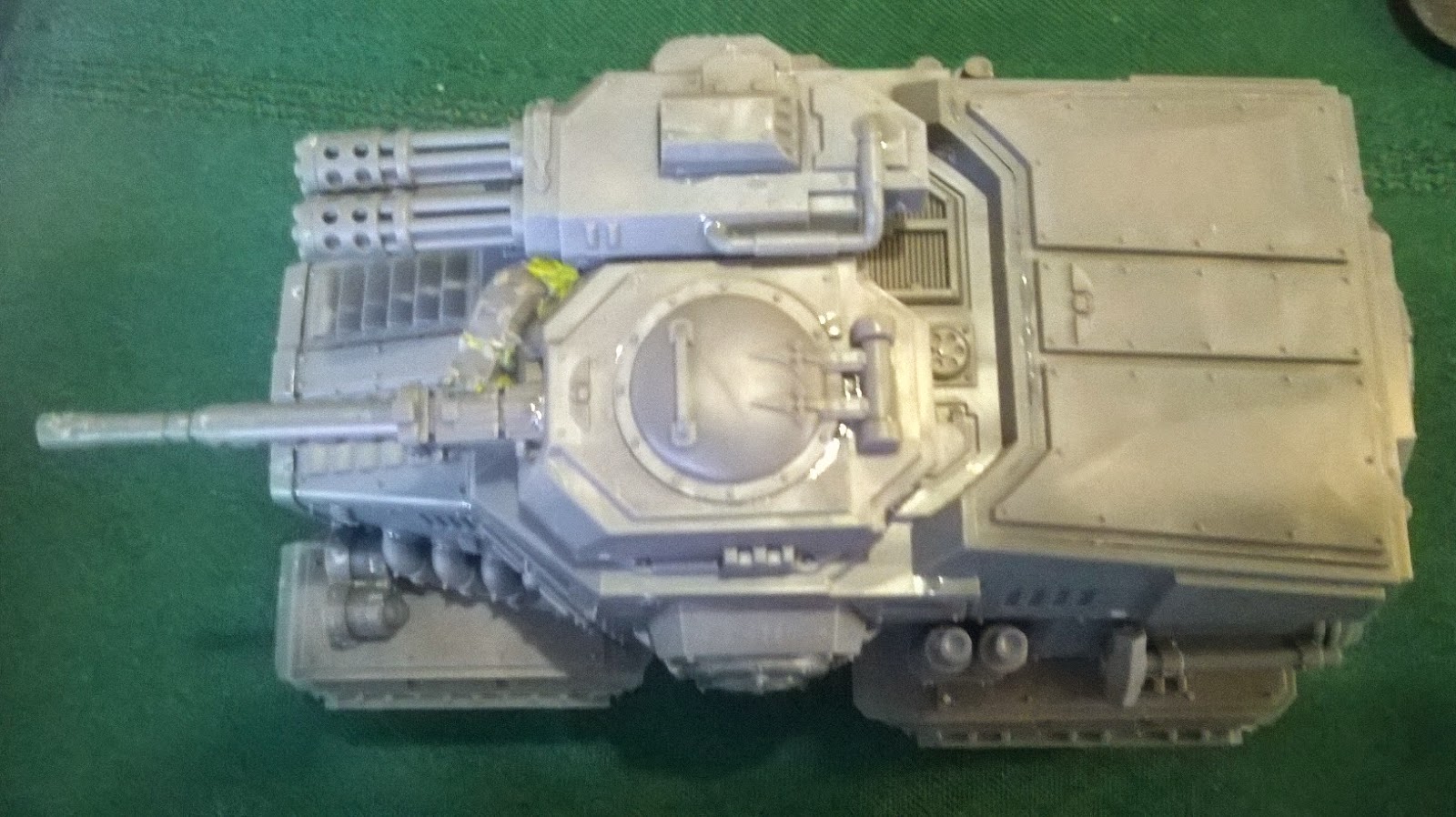 It looks goo now and will look much better once its done and has paint on it, the belt will pop out much more.  It was surprisingly easy to do.  I really want to use the taurox turrets on chimera's as I think they will look great, I have my eyes on some bits on ebay so expect to see a post on that in the near future! 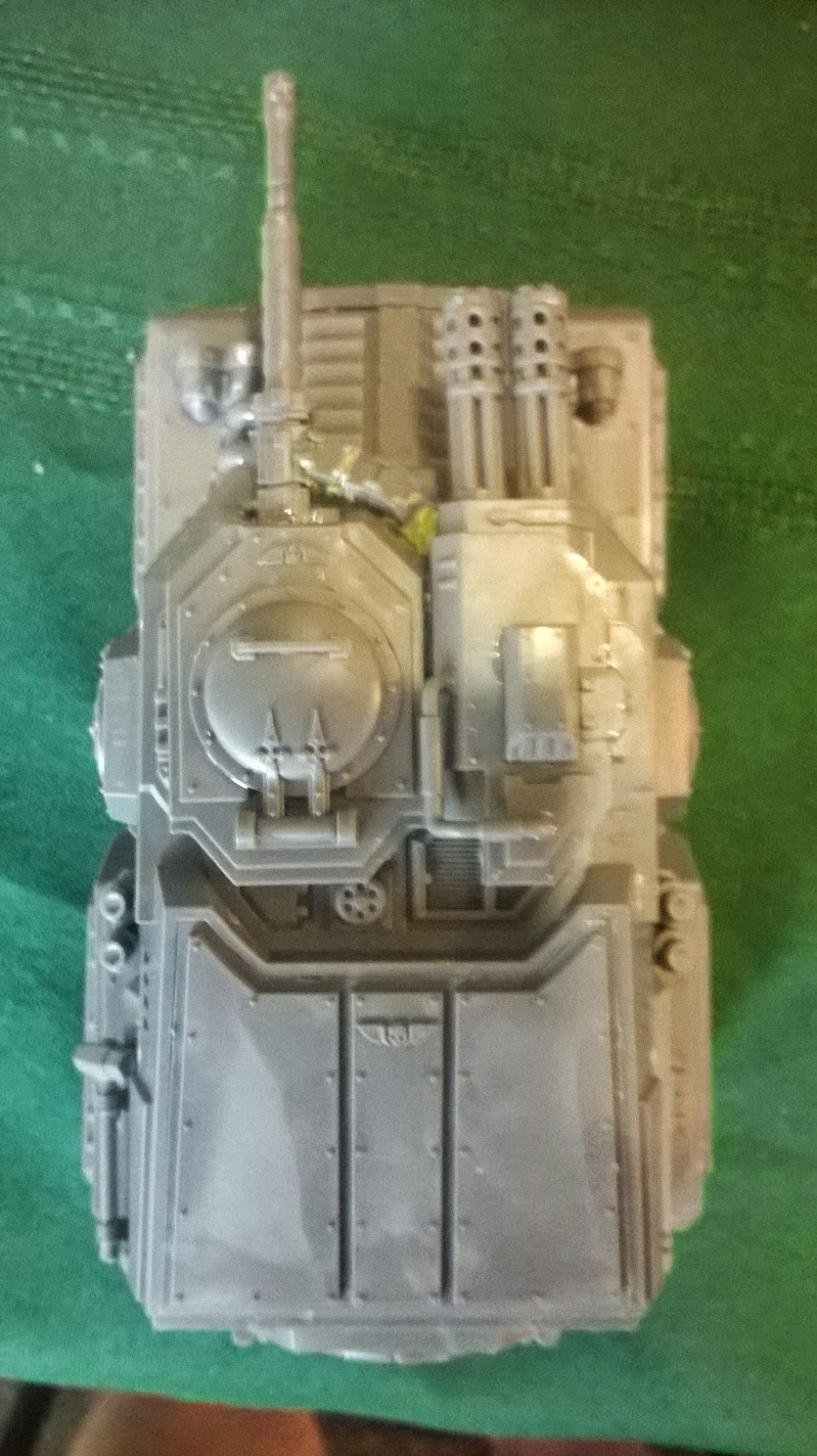 Hope you enjoy, I have more models to build!