Which Imperial Guard Codex Was the Best 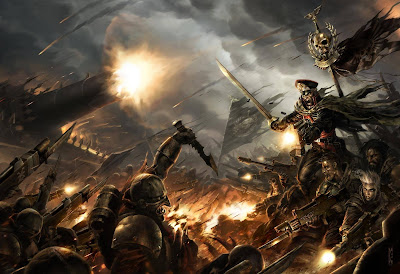 For a little fun, going to look back through time and see which of our beloved codex was the best.  Now this might be contentious for some, but really its fun to look back and see how the army has changed over the years.  Despite the first few IG codex's we really haven't been plagued with bad books, at least when taken on their own.  My personal favorite probably will surprise a few, but at the end of the day its a personal choice and its not all about which book was the Strongest game wise.


When I look back at all the IG books I have played, there really are only two that jump out and give me a warm and fuzzy feeling.  Sure the current book is good, and definitely has the best orders overall, but its just uninspiring and boring to be honest.  So for me, the two contenders are the 3.5 codex and the 5th codex.  For those who maybe haven't been around since 3rd edition (or earlier), the 3.5 was the fabled Doctrines codex.  But it had some drawbacks, there was a reduction in special characters and vehicle options that had been in the first 3rd edition IG codex (hence why it is referred to as the 3.5 codex).  And to be quite honest, though my nostalgia goggles paint a rosy picture of the Doctrines system, looking at it now it is very clunky and only made minor differences in combat effectiveness.  It was fun to play with, but a downside I encountered was that due to it being a bit convoluted, many non guard players didn't really understand it so there were a few cheaters out there, scraping a few extra pts, or "forgetting" to buy back unit selections.  Granted it wasn't a huge problem, but there were a couple of guard players I wasn't to popular with who didn't like being called out on their "forgetfulness". 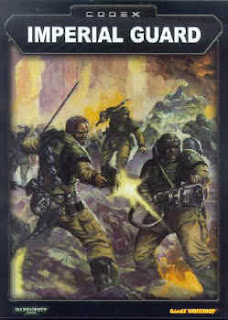 The 5th edition codex, which was really the next major update from 3.5, lost the doctrines, but saw a slew of old characters and vehicles return, along with many new ones.  I look through this and there are so many special characters, as well as so many vehicles.  And rules wise it is probably the most solid codex, especially during 5th, where leaf blower guard took many tables.  But it wasn't just that specific build that was good.  Though the doctrine system was gone, most of what you could do from doctrines was baked into the unit rules and the changes to how the army was built.  Granted not all the special rules in doctrines carried over, but the army composition options that doctrines "gave" you, were simply allowed now with how the army was built. 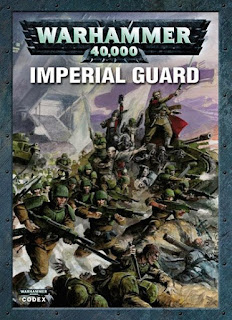 Its important to remember that before the 5th codex, you could not take as many veteran squads as you wanted, nor mechanized squads.  Doctrines gave you options to allow you to take these (though grenadiers let you take more storm troopers rather than veterans) and there certainly were some nice special rules, but in terms of all the guard regiment types you could build, it was still quite limited.  It boiled down to slight variations on infantry armies, but the many other IG regiment types were still left out.  And really the only real variant on the ig army that you "lost" from the doctrines book to the next was the drop troops, though that was one of the best, and even then not really, as you could do it with valkyries.

Part of the nostalgia I think is for some of the fun special rules, but there were only a few that were really good.  Sometimes we forget the reality, and the reality is that Doctrines were OK.  It also bears mention that the 3.5 lost a lot of unit and SC choices from the previous book.  There seemed like a lot of flexibility, but when you got right down to it, the armies that you saw from that book really did not disappear with the codex change, they just morphed slightly.  Added to the fact that the unique character units like priests, psykers, commissars, techpriests, got much better.  Its important to note that most of these units were not that great in the 3.5 book.

It seems like I'm getting down on 3.5, but I'm not really, it still is one of the best books we have had.  But there are some strong nostalgia goggles that overlook  many of the weaknesses of that book and overstate the "greatness" of the doctrine system.

Personally I think 5th is the best IG book we have had.  And to be honest, actually has more variety of play-styles than doctrines allowed.  What could you really do with doctrines?  Mech army (5th Check), Carapace BS4 infantry (5th Check), Drop troops (5th Check/mostly), light infantry (minus infiltrate, 5th Check), large numbers of infantry (5th Check).  And thats really what doctrines gave you.  What 5th allowed was the vehicle heavy regiments.  Want a tank heavy army, check, artillery all day, check, air assualt, check.  And you had all the special characters to add flavor.  Commander Chenkov, Al'Rahem, Mogul Kamir, Sgt Bastonne, Marbo, Nork Deddog, Gunnery Sgt Harker, Colonel Straken.  Sure you had Guant and Schaeffer, but 5th added so many characters to the army with most having very good rules.  Also lets not forget orders!!  I can't imagine not having them now, actually I can, and I don't miss not having them.

The 5th edition codex boiled down what doctrines allowed you to do and kept most of that flexibility while not having the exact same abilities.  The only real loss was to infiltrating light infantry armies, and I have hope the future will see the catachans return.  Other than that, 5th boasted far more flexibility and playstyles and made many of the units in the previous codex far better.  Added to that was all the characters that could change, even if slightly, the way you played the army.  For the first time, armored armies were a real possibility.  And with storm troopers having the best rules they probably have ever had, minus their pts cost.

When I have to compare each in the totality, the 5th edition book wins, if only slightly.  I love that book more than 3.5.  While 3.5 was good, there were many frustrating things about it, from the army restrictions, to the lack of characters.  Doctrines could be a headache as much as a salve.  From book to book, I played far more styles of guard armies with 5th than with 3.5.  This isn't about 5th being better on the table, which it was, I never played leafblower guard.  In terms of how you wanted to build your army and play it, 5th simply had more options, with the majority being good.  Fluff wise, its mostly a draw, as neither had amazing fluff sections.

So what do you think?  Which book is your favorite?

Edit: I do really miss regimental officers and the company support platoon.

Posted by Grumpy Guardsman at 11:44 AM